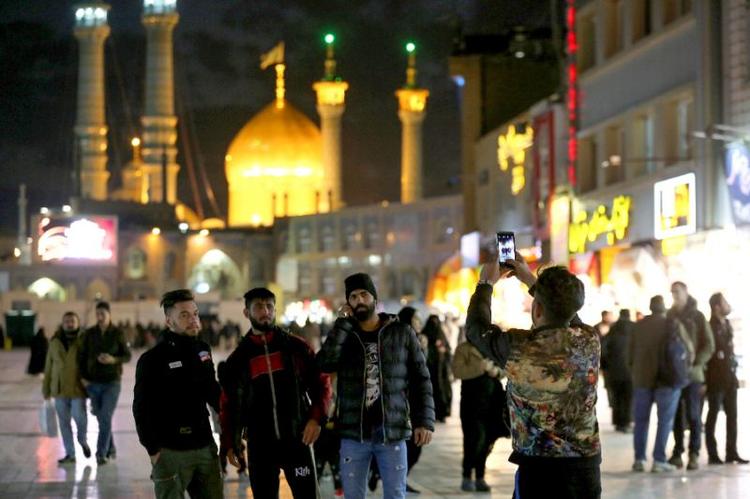 Tehran (AFP) – Iran’s main political parties are on rocky ground as the Islamic Republic marks its 40th birthday, with reformists in disarray and conservatives seeking a new identity.

Even though key reformist leaders have been forcibly sidelined, Mohammad Ali Abtahi, a former reformist vice-president in the 1990s, still believes gradual change is the only option for his country.

Since mass protests against alleged election-rigging in 2009, his former boss, ex-president Mohammad Khatami, is barred from appearing in the media, and presidential candidates Mir Hossein Mousavi and Mehdi Karroubi have been under house arrest for the last eight years.

There are also few signs of a new generation emerging to succeed them, not least because Iran’s influential Guardian Council has the power to reject any election candidates it deems unqualified, Abtahi told AFP.

“The candidates that can pass the Guardian Council’s vetting are low-level,” he said. “You can’t expect much from them.”

The reformists instead pinned their hopes on President Hassan Rouhani, a political moderate who sought conciliation with the West through a landmark nuclear deal in 2015.

Embed from Getty Images
“Millennium Hilton Hotel, New York, USA, September 26, 2018 – Hassan Rouhani, President of the Islamic Republic of Iran Addresses the Press after his Meeting at the General Debate of the General Assemblys seventy-third session today at the UN in New York City. (Photo by Luiz Rampelotto/NurPhoto via Getty Images).”

Yet their hopes have proven ill-founded. Since the United States unilaterally withdrew from that deal last year, Iran’s economy has been in tailspin, adding to popular anger that burst onto the streets in violent protests across dozens of towns and cities a year ago.

“When the demonstrators shouted ‘Reformists, conservatives: the game is over’, they were not wrong,” said conservative analyst and politician Amir Mohebbian. “The fact is the (political) game has changed.”

“Until now, voters would go for the candidate they thought would do the least harm … but now they have taken as much as they can stand. Now the people want someone who can actually solve their problems.”

Mohebbian did not elaborate on potential candidates as jockeying for the next presidential elections, due to take place in 2021, has not yet started.

But the decision to back Rouhani has “bankrupted” the reformists, he claimed.

Journalist and activist Ahmad Zeidabadi, who has been arrested several times, goes further, saying the reformists’ plans to try to change the very nature of the state “reached a dead end” some time ago because of the system’s lack of “flexibility”.

The disarray among the reformist camp however does not mean the conservatives will benefit, said Mohebbian, who believes they first need to “redefine their relationship with the establishment.”

For decades, the conservatives have been closely associated with the establishment, many of them holding key unelected positions.

But for them to survive the changing political environment, they “must move closer to the people” since the people “don’t trust” them now, Mohebbian said.

And it is not just mainstream political factions who are demanding change. Ardent supporters of the revolution believe its original values — such as policies in favour of the poor — have been largely forgotten, pointing to widespread allegations of corruption to back their claims.

Concern over corruption by successive governments has become a “powderkeg,” believes Nader Talebzadeh, a film-maker who advised Ebrahim Raisi, the preferred candidate of ultraconservatives in the 2017 presidential election.

The whole issue of corruption “makes the Iranian people very angry,” he added. 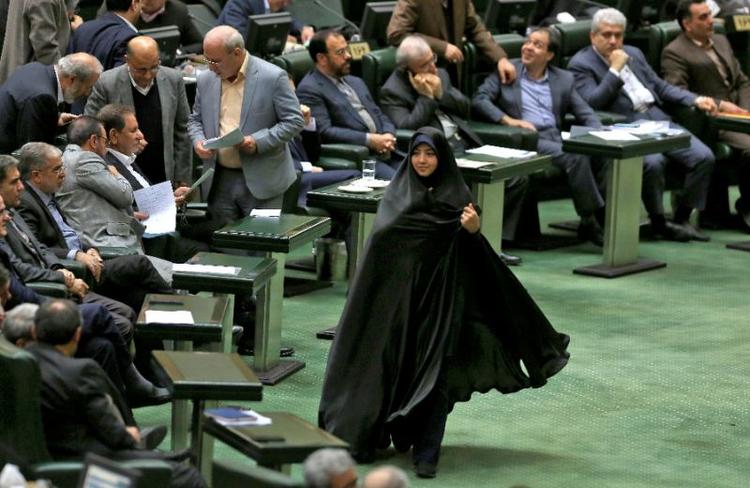 “An Iranian woman lawmaker walks during a parliament session in the capital Tehran on February 4 (AFP Photo/ATTA KENARE).”

But for all the popular disillusionment, former vice-president Abtahi said Iranians are still “wise enough to know that regime change will destroy their future” –- especially if it is coordinated by the United States.

“Maybe if the US had turned Iraq and Afghanistan into an economic heaven, a heaven of social freedoms… maybe things would be very different,” he said with a wry smile.

The authorities have always boasted of high election turnouts as evidence of their legitimacy. In 2017, more than 73 percent of eligible voters took part in the presidential election.

Looking ahead, Mohebbian believes “the next five years or so are going to be important,” pointing to the fact that Iran will need at some point to choose a successor to supreme leader Ayatollah Ali Khamenei, who turns 80 this year.

“This is the general period in which there could be changes in the country’s leadership,” Mohebbian said.

“The important issue is whether a shift at the top of the state will lead to a paradigm shift or not,” he added.

“Will it lead to a change of things that we currently consider sacrosanct? Or will these elements be kept but the direction change, leaving only a shell of what was?”