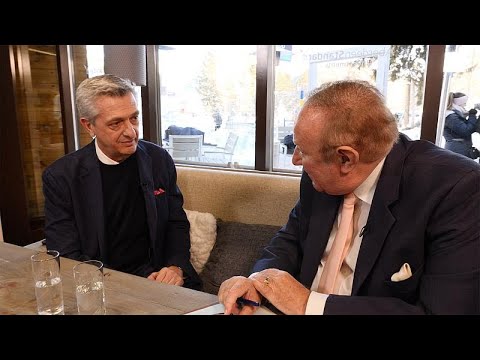 (Waging Nonviolence) – The growth of white supremacy and fascism has been noticeable in a number of countries lately, prompting the question: What can we learn from each other? Each country might find “best practices” elsewhere that could be applied at home, in addition to learning from its own past successes.

Americans might be especially drawn to the Swiss example because what has been working for that country addresses not only our current immigration crisis but also the need among progressive U.S. movements to re-learn how to go on the offensive.

According to Flavia Kleiner, a young leader in the movement Operation Libero, the right wing grew steadily for two decades in Switzerland using the issue of immigration. The right-wingers cleverly introduced a series of modest anti-immigrant initiatives — each of which contained some common-sense logic — and used their successes to become the largest political force in Switzerland.

My impression is that the Swiss right-wing’s strategy was like the movement against reproductive choice in the United States — a series of steps designed to chip away at a woman’s right to choose. Switzerland’s established parties reacted to this offensive in the way the Democrats do in the United Sates: by going on the defensive and trying to hold on to previously-won gains. In both countries, the largest parties operate contrary to the folk wisdom that “the best defense is a good offense.”

Kleiner and her friends, however, knew better, and they launched a grassroots initiative. Their crowd-funded, volunteer-based campaign defeated the Swiss People’s party in four major referendum battles from 2016-2018.

Operation Libero did this by ignoring the established parties’ strategy of defending existing immigration policies. Instead, the movement put forward a vision that stressed Switzerland’s progressive values. In their cultural context, they framed the vote as an affirmation of their pluralist constitution, “a pillar of the liberal democracy” that the vast majority of Swiss are proud of. They were so effective at re-framing the referenda that the right wing had to change its own argument and go on the defensive. As a result, the anti-immigrant cause lost its referendum for the fifth time in November.

Can individuals also go on the offensive?

In Denmark, where neo-fascism has been on the rise, Sherin Khankan was getting abusive letters and implied death threats. She led the Mariam mosque in Copenhagen, and was the first female imam, or cleric, in Danish Islam.

From her start in February 2016, she knew her position would arouse controversy in that country. She also expected to be pressured from inside Islam, since one of her major objectives was to use her leadership to challenge patriarchal structures in religious institutions. The result: she didn’t know who would have her back.

Khankan’s Muslim father is a refugee from Syria who came to Denmark after being imprisoned and tortured for his opposition to the regime. She knew from his experience what courage looked like. But still, the threats worried her.

One person she turned to for advice was Jacob Holdt, an internationally known Danish artist who owned the building she used for the mosque. A few months afterward, my partner and I happened to be visiting Holdt in Copenhagen. I asked the artist what happened to the threats against Khankan.

Jacob chuckled and said, “She was very surprised with my answer, but she trusted me enough to try it. She used her networking skills to track down some of the extremist leaders of the anti-immigrant movement, then she went to see them. She knocked on their doors at their homes, talked with them, let them see her courage and what she’s made of.”

The fascists were, of course, startled. What’s more, as Jacob explained, “They were so impressed by her boldness that they agreed to put the word out that she shouldn’t be hurt or threatened.”

Now the mosque is flourishing with a female co-leader Saliha Marie Fetteh, offering mixed-gender services on most days and a women’s service on Fridays. Taking the offensive seems to be the way to go.

What’s going on in public confrontations?

Right-wing extremists have two main strategies for public actions. One is to set up situations where they can play the victim and increase sympathetic interest in their cause, or at least to polarize and confuse the issues — something Richard Spencer has done on college campuses.

I’ve also seen that approach used in my own neighborhood park in West Philadelphia. It happened last year, during a Pagan Pride festival, when a few right-wing evangelicals showed up on the edge of the park to do street speaking against feminism, gender diversity, homosexuality and of course paganism.

My neighborhood is full of progressive and radical activists. Enough of a crowd gathered, so the police showed up.

At first some of my neighbors, understandably upset by the inflammatory denunciations being made by the evangelicals, argued back. I watched, ready to intervene if no one else would. Happily, several people in the crowd began to explain the game the evangelicals were playing, urging that our neighbors not cooperate with that game. My neighbors “got it,” and stopped. The evangelicals, clearly disappointed, soon departed. They didn’t manage to look like victims after all.

The other favorite tactic of right-wing extremists is to threaten and use violence to increase the fear level of their opponents. Symbols are less costly than actually injuring and killing, and so they like to use symbols like clubs, tiki torches, burning crosses, or dressing in sheets or military-style uniforms. By getting there first, they set the tone, but they don’t win just by doing that. Their victory comes when their opponents respond in a like manner and try to out-intimidate the intimidators.

The threat of counter-violence reinforces the “action logic” of the fascists: we are the framers of this contest, and our opponents concede by following our lead. The confrontation has become a contest about who is best able to scare the other side into changing their behavior.

Not only have the right-wing extremists succeeded in getting progressives to copy their tactics, but the nature of the tactics used by both sides drain the contest of its ideological content. It’s violence vs. violence — fear vs. fear. That’s why Donald Trump and others could claim that, in Charlottesville, both sides were to blame. In Germany and Italy in the 1920s, the bystanders to street fighting between fascists and leftists came to the view that what was needed was a strong state to stop the violence. (And we know who the economic elite in both countries chose to lead the state: Hitler and Mussolini!)

Alternatives to playing the fear game

The grassroots progressive Swiss solution was not only to go on the offensive with visionary content. They re-framed, set a different tone, confounded the right-wingers, and won over and over. What’s the equivalent on the streets?

In a number of countries grassroots people have been experimenting with re-framing and sending a message that strongly contrasts with the right-wingers. In Sweden the Clowns against Racism confronted a spring rally last year of the extreme-right Nordic Resistance Movement in the town of Ludvika. The clowns became so popular, exceeding numbers that can march without a permit, that the police announced they needed to pay a fine. That announcement gained even more publicity for their refusal to follow the neo-fascist’s tactical lead.

Clowning has also shown up in Finland and Scotland. In her delightful article for Waging Nonviolence, Sarah Freeman-Woolpert describes clowning in a number of U.S. localities. In Knoxville, Tennessee, the clown brigade was so effective that the neo-Nazi group called off their demonstration several hours early.

In Wunsiedel, Germany, some merry pranksters who oppose neo-Nazi ideology came out to cheer the marchers. Why? They’d turned it into a fundraising event: local residents and businesses pledged to donate 10 euros for every meter the white supremacists marched. The funds raised went to an anti-fascist group helping people leave right-wing organizations.

Where does activist creativity come from?

The strategic initiatives in Switzerland and Denmark — as well as the tactical innovations in multiple countries — come from activists who turn from the reactive part of their brain (fight, flight or freeze) to the creative side, even in the face of danger. Humans, including top athletes, are simply more effective when we visualize the result we want, tapping the resource of vision.

The decades of defensiveness of the Democrats, copied by most major progressive movements, rendered our country vision-averse. The big signal of change was the Movement for Black Lives’ 2016 release of a vision for the United States that, for the first time, gives us a chance to move past racism.

That same year, visionaries in the Northwest proposed a huge, solar-based reinvention of transportation across the northern tier of the country called “Solutionary Rail.” And, in 2017, Popular Resistance convened a gathering that wrote “The People’s Agenda.”

In 2018, a grassroots group of Vermonters, after reading about the Nordic countries’ success in turning their countries around, realized that collective vision was a critical ingredient. The group called for a statewide “Vermont Vision Summit.” A hundred people came together from all parts of Vermont, deciding to tackle a vision on the state level.

Now the Sunrise Movement and U.S. Rep. Alexandria Ocasio-Cortez have made the Green New Deal a buzzword among progressives.

Is our political discourse getting ready for vision? I hope so, because not only does it anchor us in a place of creativity — where we can give up playing the fear game with the neo-fascists — but it also invites the possibility of a movement of movements that could actually take on the dominance of the 1 percent. A vision helps because it shows how the disparate groups struggling on their own issues can share a vision that will liberate all from the ability of the economic elite to veto each of our separate group’s hopes.

All substantial progressive goals are now vetoed by the economic elite that controls both the Republican and Democratic parties. Only a people’s movement of movements can scale up nonviolent direct action to the level where it can force a power shift. Each movement needs the others in such an undertaking. Each deserves the reassurance that its priority goals will be achieved in the new society.

The lesson is clear, whether learned by grassroots movements in Switzerland or elsewhere: Without a vision, the people perish. We don’t need to build our political identities around what we’re against. It’s time we align our tactics, strategies, and organizing approaches with a positive, common sense vision that inspires us.

George Lakey has been active in direct action campaigns for six decades. Recently retired from Swarthmore College, he has facilitated 1,500 workshops on five continents and led activist projects on local, national and international levels — most recently with Earth Quaker Action Team. Among many other books and articles, he is author of “Strategizing for a Living Revolution” in David Solnit’s book Globalize Liberation (City Lights, 2004). His 2016 book is “Viking Economics,” and in December 2018 Melville House will release “How We Win: A Guide to Nonviolent Direct Action Campaigning.”