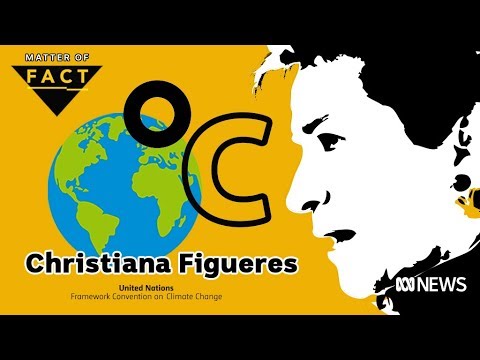 Informed Comment (Ann Arbor) – In what is likely to be the first of many such rulings, an Australian court has ruled against a coal mine in part on grounds of the environmental damage that burning coal does by contributing to the climate emergency. Burning coal releases carbon dioxide into the atmosphere, a powerful greenhouse gas that keeps the sun’s heat from escaping into space once it has struck the earth.

Gloucester Resources, Ltd., had proposed an open-cut coal mine near the town of Gloucester, a 3-hour drive north of Sydney along Australia’s east coast. The New South Wales ministry for planning had denied the request on more conventional grounds. Open-cut mines are environmental nightmares and eyesores, and thousands of residents had written in to complain about all that and also the possibility that the proposed mine would negatively affect other land use in the vicinity.

Justice Preston upheld the denial of the permit by the ministry of planning. But he piled on reasons for so doing beyond the eyesore and land use arguments.

The environmental group Gloucester Groundswell was allowed to present an amicus brief against the appeal, and they played up the climate emergency argument:

“Gloucester Groundswell contended that the Rocky Hill Coal Project should be refused because the greenhouse gas (GHG) emissions from the Project would adversely impact upon measures to limit dangerous anthropogenic climate change. The effects of carbon in the atmosphere arising from activities in the Project site, and the burning of the coal extracted from the mine, are inconsistent with existing carbon budget and policy intentions to keep global temperature increases to below 1.5º to 2º Celsius (C) above pre-industrial levels and would have a cumulative effect on climate change effects in the long term. Gloucester Groundswell submitted, “in light of that substantial planning harm, and the critical importance of combatting climate change now, the Project should be refused”. Gloucester Groundswell developed this argument as follows.

The environmentalists also entered into the proceedings Australia’s having signed on to the Paris Agreement, which aims at limiting increased global surface heat to an extra 1.5 degrees C. to 2 degrees C. at worst (2 to three degrees extra in Fahrenheit), and the way in which increasing the number of open-cut coal mines would make it impossible for Australia to meet its treaty obligations, i.e. would exceed the country’s carbon budget:

“Australia is a party to both the Climate Change Convention and the Paris Agreement. Under the Paris Agreement, each party commits to make its contribution to keeping the global average temperature rise to the 1.5-2ºC range by reducing their GHG emissions through their Nationally Determined Contributions (NDC). Australia’s NDC is to reduce GHG emissions by 26-28% below 2005 levels by 2030. The NSW Government has endorsed the Paris Agreement and has set a more ambitious objective to achieve net zero emissions by 2050 (see NSW Climate Change Policy Framework, October 2016, pp 4, 5). A commonly used approach to determine whether the NDCs of the parties to the Paris Agreement cumulatively will be sufficient to meet the long term temperature goal of keeping the global temperature rise to between 1.5ºC and 2ºC is the carbon budget approach..”

Justice Preston reviewed the arguments for and against coal mines on climate grounds and found that the argument for keeping fossil fuels in the ground has merit:

“All of the direct and indirect GHG emissions of the Rocky Hill Coal Project will impact on the environment. All anthropogenic GHG emissions contribute to climate change. As the IPCC found, most of the observed increase in global average temperatures is due to the observed increase in anthropogenic GHG concentrations in the atmosphere. The increased GHG concentrations in the atmosphere have already affected, and will continue to affect, the climate system. The current and future impacts of climate change were summarised by Professor Steffen and have been set out earlier in the judgment.

The direct and indirect GHG emissions of the Rocky Hill Coal Project will contribute cumulatively to the global total GHG emissions… All emissions are important because cumulatively they constitute the global total of greenhouse gas emissions, which are destabilising the global climate system at a rapid rate. Just as many emitters are contributing to the problem, so many emission reduction activities are required to solve the problem” (Steffen report, [57]).

Preston went further and I think may have set a crucial international precedent for common law countries (the UK, India, the US and the Commonwealth states). He pointed out that Gloucester Resources, Ltd., had neglected to provide any plan to offset the increased carbon emissions their mine would cause.

That is, if you are going to increase carbon emissions with a mine, you have to specify in detail how you plan to offset those emissions so that your project does not increase the cumulative amount of CO2 in the atmosphere:

I do not accept this reason. It is speculative and hypothetical. There is no evidence before the Court of any specific and certain action to “net out” the GHG emissions of the Project.”

And thus did Justice Preston enter the history books. His ruling will certainly be seen as a path-breaking one for climate activism.

The next phase will be suing companies like Exxon-Mobil, who knew they were destroying the earth but actively suppressed the evidence for it and funded vast campaigns of climate change denialism.

We’re not going to make our best initial deadline of 2030 to go net carbon zero, but the closer we get to that goal, the less destructive the coming changes will be.