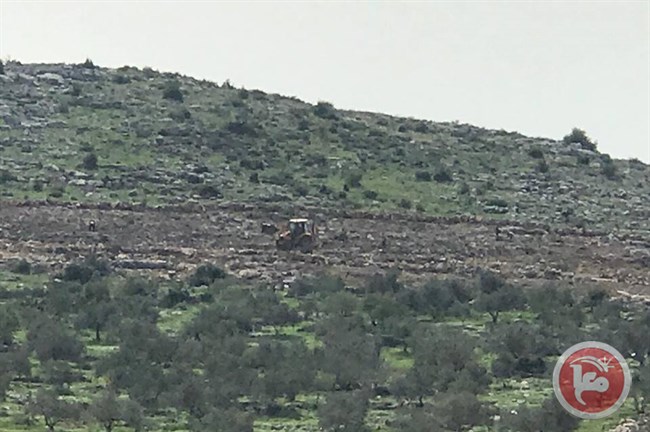 JENIN (Ma’an) — Israeli bulldozers razed dozens of dunams and uprooted hundreds of Palestinian-owned trees, on Monday afternoon, on lands belonging to residents from the Bartaa village, southwest of the northern occupied West Bank district of Jenin.

According to local sources, Israeli forces along with bulldozers stormed the area and began to raze about 28 dunams (6.9 acres) of land. In addition, bulldozers uprooted 300 almond and olive trees.

According to Palestinians and rights groups, Israel’s main goal, both in its policies in Area C, in which more than 60% of Palestinian land is under full Israeli control, and Israel’s illegal settlement enterprise, is to depopulate the land of its Palestinian residents and to replace them with Jewish Israeli communities, in order to manipulate population demographics in all of historic Palestine.

The movement of Israeli settlers taking over Palestinian land, and further displacing the local Palestinian population has been a “stable” Israeli policy since the takeover of the West Bank and Jerusalem in 1967, B’Tselem said, underscoring that all “Israeli legislative, legal, planning, funding, and defense bodies” have played an active role in the dispossession of Palestinians from their lands.