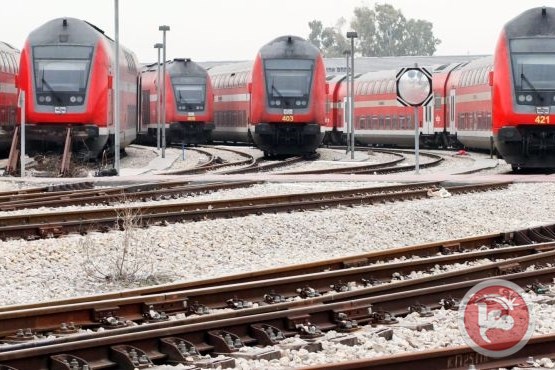 BETHLEHEM (Ma’an) — Spanish rail equipment manufacturer CAF announced, on Friday, that it had refused to participate in a tender to build a section of the railway in occupied East Jerusalem as it violates international law.

An international tender to build and operate Jerusalem’s second light rail line has many companies rejecting to participate as they are fearful of arousing political opposition, since the proposed “Green Line” runs into parts of the city occupied by Israel during the Six-Day War in 1967.

The proposed Green Line, a project that could cost as much as 5 billion shekels ($1.4 billion) and stretch along 22 kilometers, proved to be problematic as it reaches Mount Scopus and Gilo.

The company, which is one of the most important Spanish companies in the field of railways, said it “refuses to build a section of the railway in Jerusalem because the Israeli government included in the section a Palestinian land that will be confiscated in violation of the resolutions of international legitimacy.”

Representatives of the company’s workers who objected to the company’s participation in the construction of the section explained that the problem lies in the fact that the railway will pass through Palestinian lands to serve illegal settlements in East Jerusalem.

CAF stressed, “Any project in any city of the world, especially Jerusalem, must respect in its implementation human rights and international legitimacy.”

CAF added, “The General Assembly of the United Nations and the International Court of Justice, through various resolutions, have said that they are against the occupation of land through which will pass the section of the railway.”