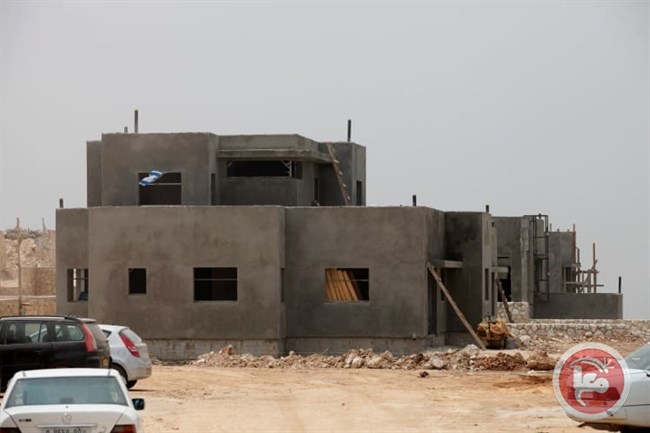 JERUSALEM (Ma’an) — Israel informed the Jerusalem District Court that it will retroactively legalize structures built in part on private Palestinian lands in the illegal Israeli settlement of Alei Zahav in the occupied West Bank, and will for the first time invoke a legal mechanism approved in December 2018.

Alei Zahav is an illegal settlement located close to Route 5, which links Ariel and Tel Aviv, and was built on Palestinian lands, which Israel seized from residents of Deir Ballut and Kafr al-Dik villages in the northern West Bank district of Salfit.

The legal mechanism states it is permissible to retroactively authorize illegal construction on private Palestinian land if the land was allotted “in good faith” if Israel incorrectly believed that the lands belonged to it at the time of its allotment.

After Israel occupied the West Bank in 1967, Israel used surveying technology to proclaim certain areas as its own, however, these lands were not always marked accurately on the maps. Currently, the Israeli Civil Administration uses new technology to correct the line, which is also known as the “blue line,” retroactively, and discovered that several areas that were thought to have been state lands were never seized by Israel.

The legal mechanism, which allows the retroactive authorization of these lands, is based on Clause 5 of a military order from 1967 dealing with state property in the West Bank, that states “a transaction made in good faith between the custodian of government property in the territories and another person, regarding a property the custodian believed at the time to be government property” is valid, regardless of whether the land did not belong to Israel in the first place.

Essentially, if the Israeli Civil Administration, which is the custodian of the Israeli government’s property, carried out the transaction “in good faith” then it is considered “valid” even if it is legally flawed.

Its is noteworthy that the Israeli Justice Ministry and the Civil Administration made estimates that a complete implementation of the new mechanism could be used to set the status of 2,000 structures in areas considered to contain “illegally built structures.”