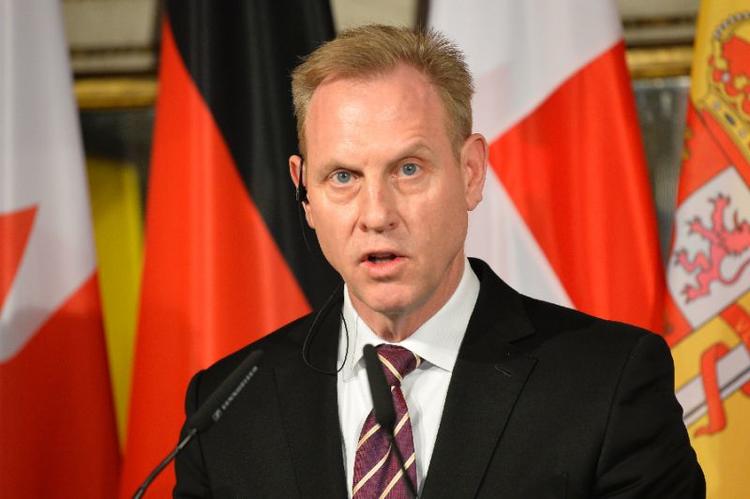 Washington, DC (AFP) – Acting US Secretary of Defense Patrick Shanahan was quizzed by US lawmakers on President Donald Trump’s decision to withdraw US forces from Syria

The fate of Acting Defense Secretary Patrick Shanahan was thrown into the spotlight Wednesday following media reports of a fraught discussion he had with senior US lawmakers over Syria.

The exchange took place on the sidelines of the Munich Security Conference last weekend, where politicians grilled Shanahan on President Donald Trump’s contentious decision to withdraw US forces from Syria.

Many in Trump’s own Republican Party have questioned the wisdom of the move, which the president announced in December after declaring victory over the Islamic State group in Syria — where thousands of jihadists remain and fighting continues around their last holdout.

According to The Washington Post, Republican Senator Lindsey Graham, the leader of a delegation of lawmakers who had gone to Munich, asked Shanahan if he had told European allies that the US troop presence would be zero by April 30.

“That’s the dumbest fucking idea I’ve ever heard,” Graham told the Post he had responded.

Shanahan had been trying to convince allies to maintain a troop presence in Syria after the US pulls out, but struggled to persuade other countries why they should risk their forces with America gone.

Conservative news outlet Breitbart, which had been traveling with Graham in Europe, gave a similar account of the exchange.

A US official told AFP that Graham’s outrage was aimed more at Trump’s withdrawal plans than it was at Shanahan himself.

Graham reportedly described a number of possible outcomes for a precipitous US withdrawal, including a Turkish attack on US-backed Kurdish forces and a resurgence of IS.

“If the policy is going to be that we are leaving by April 30, I am now your adversary, not your friend,” Graham reportedly told Shanahan.

Shanahan would need Senate confirmation if he is to lose his “acting” prefix.

The former Boeing executive was previously deputy Pentagon chief until his predecessor Jim Mattis quit amid Trump’s Syria decision and other disagreements.

Shanahan took the Pentagon helm January 1 but has so far not been nominated to become permanent defense secretary, and several other names have been floated in Washington circles as potential candidates.

Shanahan’s spokesman Joe Buccino said the closed-door meeting between his boss and the US politicians was broadly “a positive, productive discussion on a wide range of global topics.”

Shanahan’s trip to Europe, which marked his international debut as Pentagon chief, saw him also visit Afghanistan, where Trump wants to slash the US troop presence.

Featured Photo: “Acting US Secretary of Defense Patrick Shanahan was quizzed by US lawmakers on President Donald Trump’s decision to withdraw US forces from Syria (AFP Photo/THOMAS KIENZLE).”