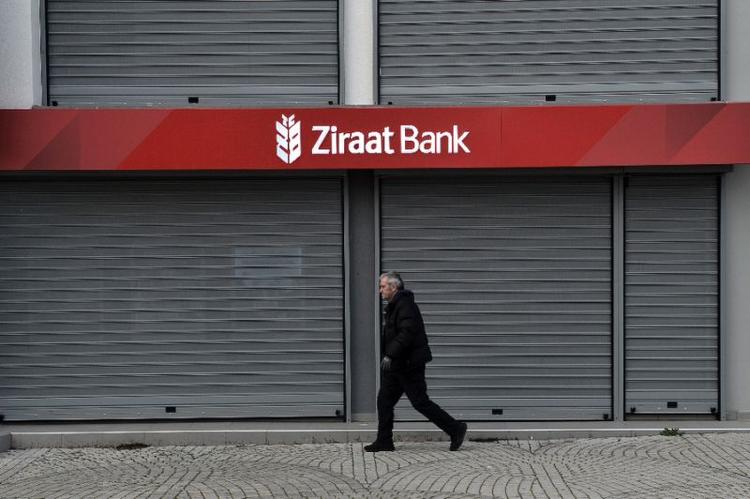 Komotini (AFP) – Outwardly, Komotini looks like other Greek cities, but there is a major difference: it has nine mosques whereas there are none in Athens.

The northeastern city has existed from the second century and was captured by Ottoman-era Turkey in the 14th. It was an important hub connecting the capital city of Constantinople, as Istanbul was then known, with the European part of the empire.

Now it is home to nearly 30,000 Muslims, many of whom complain of marginalisation.

Greece has for centuries had a testy relationship with Turkey, with a slew of disputes ranging from Aegean sea issues to the long-running Cyprus problem.

Embed from Getty Images
A Muslim woman and a man chat outside a shop in Komotini, northern Greece, on the eve of the Greek’s Prime Minister’s visit to Turkey, on February 4, 2019. – Komotini a city close to the Turkish border and is home to a sizeable Muslim minority, which constitutes just under 50 percent of city’s population. (Photo by Sakis MITROLIDIS / AFP) (Photo credit should read SAKIS MITROLIDIS/AFP/Getty Images).”

“The minority Muslims and their Greek compatriots cohabit but each side lives in its own corner,” said Mustafa Mustafa, a lawmaker from Prime Minister Alexis Tsipras’s party, speaking in this frontier city of some 60,000 people.

Tsipras visits Turkey on Tuesday in a bid to improve relations.

“Relations deteriorated in the 1960s and until 1990 many villages in the area were ringed by military barricades,” Mustafa, who is in his sixties, said.

“We could not access our properties or get a driving licence,” he said.

“We would like to be a bridge of peace and friendship and not act as a brake.”

The issue of the Muslim minority is one of the sensitive areas in ties between the two neighbours.

Turkish President Recep Tayyip Erdogan, during a historic trip to Greece in 2017 — the first by a Turkish leader in 65 years — visited the Thrace region and called for the respect of the Muslim minority, railing against “discrimination” by the Greek government.

“It’s sad that we are being used,” said a young Muslim woman, speaking on condition of anonymity.

Embed from Getty Images
“Muslims women walk towards the Eski Mosque located in the old market in Komotini in northern Greece, on the eve of the Greek’s Prime Minister’s visit to Turkey, on February 4, 2019. – Komotini a city close to the Turkish border and is home to a sizeable Muslim minority, which constitutes just under 50 percent of city’s population. (Photo by Sakis MITROLIDIS / AFP) (Photo credit should read SAKIS MITROLIDIS/AFP/Getty Images).”

“These are normal people like us who are paying the price of politics,” she said of residents of Komotini, which lies about 100 kilometres from the border.

There are up to 150,000 Muslims in Greece’s western Thrace region, who were given minority status after the 1923 Treaty of Lausanne following the end of a war between Turkey and Greece which rang the death knell for the Ottoman empire.

The treaty provided for the application of sharia law to settle family disputes and the use of Turkish in educational institutions.

The presence of a Turkish consulate in the region adds to tensions.

“It would be better for everyone if the consulate stops serving the interests of the Turkish foreign ministry,” Komotini’s mayor Giorgos Petridis said.

“What characterises this population is a plural identity,” said Thalia Dragona from the Athens National University.

“The new generation is educated and wants to break free from being slotted,” she said.

A young Muslim recounted how her family was criticised for putting their children in Greek schools, saying: “In their eyes, we had become traitors.”

Chatitze Molla Sali, who is in her seventies, lived in Komotini before relocating to Istanbul. She had inherited her husband’s house under Greek law but her sisters-in-law contested the decision, evoking sharia.

“The decision clarifies the situation since it makes it impossible to apply Muslim law on European citizens,” her lawyer Yanis Ktistakis said.

In a deeply orthodox society where 76 percent of Greeks see Christianity as a central part of their identity, according to the Pew Research Center, “many people associate Islam with Turkey,” said Giorgos Kalantzis, the general secretary of religious affairs.

“The country has suffered at the hands of Turkey and this still brings up painful memories,” he said.