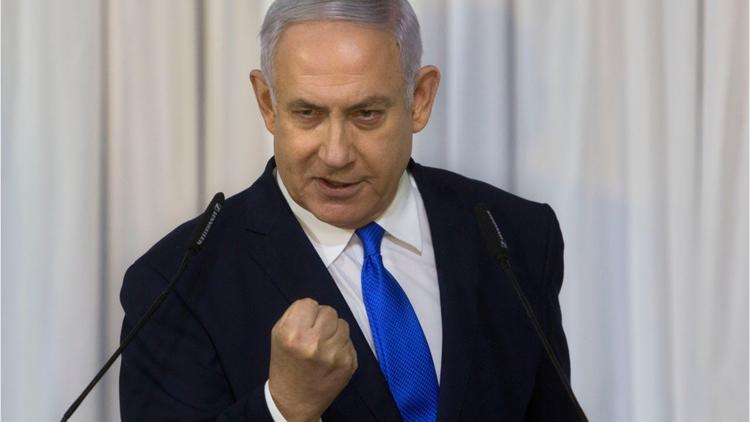 Kahane, a major violent hate group leader, founded the Jewish Defense League, seen by the FBI as the most active and dangerous terrorist group in the United States in the 1970s and 1980s. He also founded the party Kach, which has many affiliates, including Kahane Chai, which was listed as a terrorist group by the US government. Kahanists are alleged to have been behind the murder by pipe bomb of Arab-American activist Alex Odeh in 1985. In 1994, Kach member Baruch Goldstein shot and killed 29 Palestinians at the Cave of the Patriarchs at the Ibrahimi Mosque in Hebron. Thereafter the party and its affiliates were banned in Israel and parties that had racism as their basis were not allowed in Parliament.

Netanyahu, leader of the far right Likud Party, faces a challenge from the coalition of a center-right general, Benny Gantz, and a center-right politician, Yair Lapid. In order to fend off this challenge, he sought a coalition with the far right Jewish Home Party. But to seek yet another alliance, with a Kahanist group, is widely seen in Israel as a dangerous step, and even Jewish Home politicians are threatening to pull out rather than ally with Kahanists.

Kahanists are not only racists toward Palestinian-Israelis and Arabs in general, and have not only advocated violence toward those groups, but have spoken of assassinating Israeli prime ministers and so are seen as extremists even by some on the Israeli far right.

Netanyahu has made a career of excusing his racism by slamming his enemies as terrorists, but in embracing a Kahanist Party he is, many Israelis feel, revealing his true colors as an extremist himself.

In a tweet, he warned that Gantz and Lapid could win the election by pandering to the Palestinian-Israeli vote, which he referred to as “Arabs.” The tweet itself dripped with racism, since Netanyahu is trying to associate his political rivals with Arabs as an ethnic group.

Although US politicians routinely refer to Israel as a democracy with which Americans feel commonalities, in fact it has evolved as an ethno-nationalist supremacist state that practices Jim Crow forms of discrimination against its militarily occupied Palestinians (who cannot vote in Israeli elections even though Israel rules over them).