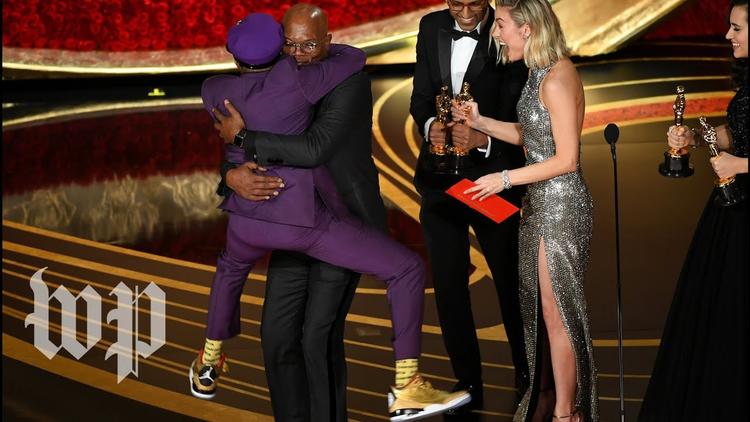 Ann Arbor (Informed Comment) – Trump calls women he finds uppity “pigs,” he discriminated against African-American tenants, he slapped a visa ban on Muslims and Arabs, and he denigrates Mexican-Americans as rapists and drug dealers against whom he intends to build a wall.

Trump’s America is a thin, diminished slice of the country, the barracuda business classes of Queens in the 1940s– before the Dominicans and other minorities came. His is the German and Scottish America of “white” grifters who put down African-Americans and immigrants because they had no other source of self-esteem but the denigration of others. Mike Pence, a painfully conservative Hoosier, wants to outlaw gay marriage.

The really existing United States of 2019 is 180 degrees away from Trump’s vision. At the level of 5-year-olds (which tells you about the future), it is already over 50 percent minorities. African-Americans are 13 percent and we have had an African-American president. Latinos are 18 percent. One percent of Americans are Muslims.

In the real America, Arab-American Rami Malek, born in the US of immigrant Coptic Egyptian parents, won an Oscar for best actor. He portrayed a Parsi of Gujarati Indian heritage born in Tanzania who formed a band, Queen, in London in 1970. Farrokh “Freddie Mercury” Bulsara was a Zoroastrian and gay or bisexual, who died of AIDS. Bohemian Rhapsody celebrated the life of this artist, one of the great pop singers of all time. Malek has gotten involved in AIDS activism in the aftermath of his brilliant portrayal.

Representative John Lewis, a stalwart of the Civil Rights movement, came on stage at one point to affirm that “The Green Book” faithfully depicted the straits of African-Americans in the Jim Crow South, who had to try to avoid places and situations where they might be targeted for the race by bigots. Trump has attempted to denigrate Lewis, but never laid a hand on him.

Regina King won best supporting actress for a role in “If Beale Street Could Talk,” adapted for the screen by Barry Jenkins from the James Baldwin novel.

Spike Lee and his collaborators won for best screenplay, for a script adapting a book by Ron Stallworth, “BlackKklansman.”

He closed by saying, “The 2020 presidential election is around the corner. Let’s all mobilize, let’s all be on the right side of history. Make the moral choice between love versus hate. Let’s do the right thing! You know I had to get that in there.”

Minority achievement was everywhere you looked last night. Hannah Beachler won best set designer for her work on Black Panther, the first African-American woman to do so. The Black Panther with its Afro-Futurism turned old stereotypes about the “Dark Continent” on their head.

The best animated film category was won by “Spiderman: Into the Multiverse,” featuring an Afro-Latino character, Miles Morales, as the alternative-reality version of Peter Parker.

Rayka Zehtabchi became the first Iranian-American to win an Oscar, for a documentary short fighting stigmas around menstruation.

Trump won’t let Iranians immigrate into the United States, because of his anti-Muslim bigotry.

Alfonso Cuarón won best Director, best Foreign Language Film, and best Cinematography for Roma, which depicted a year in the life of a maid (Yalitza Aparicio) working for a divorcee (Marina de Tavira) in the volatile early 1970s in the Roma neighborhood of Mexico City. Ms. Aparicio was nominated for best supporting actress for the role.

He said, “I want to thank the Academy for recognizing a film centered around an indigenous woman. One of the 70 million domestic workers in the world without work rights, she’s a character that has historically been relegated in the background. As artists it is our job to look where others don’t. This responsibility becomes much more important in times when we are being encouraged to look away.”

Many of the immigrants Trump has put down are, like Ms. Aparicio, from native populations of Central America.

Cuaron’s film in part condemns self-sufficient, right wing middle classes supporting authoritarian crackdowns on the disprivileged at the end of the economic expansion of the 1960s that decidedly did not lift all boats.

Trump may not have been happy to hear all that Spanish spoken at the Oscars. But Roma in particular has a sort of Mexican Trumpism for its deep background. The film shows the government deploying the unemployed angry young men as goons to beat leftist students. Sound familiar?

Washington Post: “A night of firsts at the Oscars”