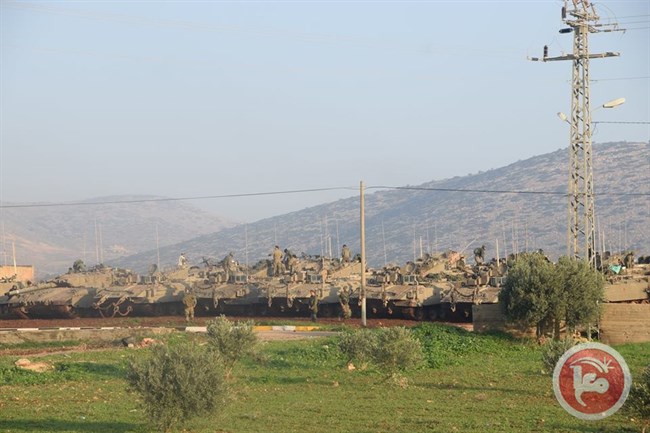 TUBAS (Ma’an) — Israeli forces ordered, on Tuesday, for 50 Palestinian families in the northern Jordan Valley to evacuate their homes on Wednesday to make way for active Israeli military training.

In an interview with Voice of Palestine radio, Mutaz Bisharat, a Palestinian official who monitors settlement activity in the Jordan Valley/Tubas district, said that about 300 Palestinians will be homeless in the cold weather as a result of the Israeli military training, which poses danger to residents’ lives.

Bisharat added that military trainings resulted in the destruction of 600 dunams (148 acres) of agricultural land and the leveling of another 140 (34.5 acres) other dunams.

Palestinian residents of the Jordan Valley regularly face evacuations and interruption due to Israeli military exercises on or near their land. The district of Tubas, meanwhile, is one of the occupied West Bank’s most important agricultural centers.

The majority of the Jordan Valley is under full Israeli military control, despite being within the West Bank. Meanwhile, at least 44 percent of the total land in the Jordan Valley has been reappropriated by Israeli forces for military purposes and training exercises.

According to the Palestinian nonprofit the Applied Research Institute – Jerusalem (ARIJ), more than 400,000 dunams (98,842 acres) of the 720,000 dunams (177,916 acres) that make up the total area of the Jordan Valley has been transformed into closed military and firing zones, with at least 27,000 dunams (6,672 acres) confiscated for illegal Israeli settlement building.