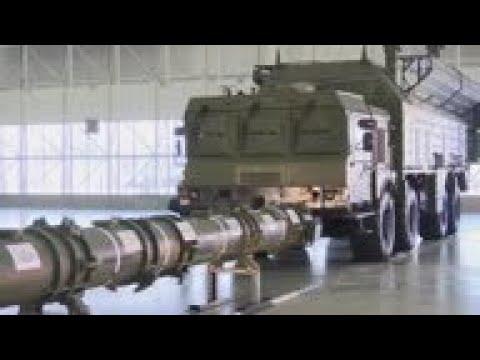 (Informed Comment) – Earlier this year the Bulletin of the Atomic Scientists reset its famous doomsday clock to 2 minutes to midnight. Though the journal’s concerns about nuclear war and/or climate catastrophe were well taken, they received little media attention beyond some discussion of the perils of pulling out of the Iran nuclear deal. And although Trump occasioned the most recent concerns, media never acknowledged the role of long- standing US nuclear policy in fostering a dangerous nuclear arms race.

The Bulletin indicted: “Although the United States and North Korea moved away from the bellicose rhetoric of 2017, the urgent North Korean nuclear dilemma remains unresolved. Meanwhile, the world’s nuclear nations proceeded with programs of “nuclear modernization” that are all but indistinguishable from a worldwide arms race, and the military doctrines of Russia and the United States have increasingly eroded the long-held taboo against the use of nuclear weapons.”

In regard to nuclear “modernization,” three points are vital. Modernization of our nuclear arsenal is unfortunately a bipartisan commitment. Throughout the Cold War and beyond both parties have collaborated in the quantitative and qualitative expansion of the arms race. President Obama and Secretary of State Clinton supported a thirty- year trillion dollar program of nuclear weapons development.

Secondly, the term modernization is a dangerous euphemism. What the nuclear advocates want is nuclear weapons they can use. The idea is that deployment of the current arsenal of nuclear weapons is unthinkable because these are orders of magnitude more potent than the bomb dropped on Hiroshima, As many have argued in the years since Hiroshima the winners would envy the dead.

The confidence one could win a war by employing the most sophisticated min nukes is the height of hubris. Former Boston Globe columnist James Carroll makes this cogent point as to why even many military leaders are reluctant to advocate their use: ” In fact, the elimination of tactical nukes represented a hard-boiled confrontation with the iron law of escalation, another commander’s insight — that any use of such a weapon against a similarly armed adversary would likely ignite an inevitable chain of nuclear escalation whose end point was barely imaginable. One side was never going to take a hit without responding in kind, launching a process that could rapidly spiral toward an apocalyptic exchange.”

Much of the momentum behind the Cold War lay in this chain of nuclear escalation. (Carroll properly reminds us that Truman’s key scientific advisors argued again both development and testing of the hydrogen bomb. Truman’s decision to override them led Russia to follow. It was fear of escalation of this sort that led to the Intermediate Forces Treaty.

In order to respond to US nuclear- armed missile potentially launched from essentially invulnerable Trident submarines the Soviets developed intermeate range missiles targeted on London among other cities. When weapons of this sort are deployed in Europe and Russiathe stakes and the dangers escalate. Sensing an incoming launch the target nation has fewer than five minutes to decide whether to fire his quiver or risk losing his entire retaliatory capability.

Scrapping treaties that govern strategic and intermediate range missiles is sure to encourage renewal of an 80s style nuclear arms race Though most experts deem targets in Western Europe unlikely today, China remains a distinct possibility—especially as tensions over trade and commercial services intensify. . Though it is not party to START it has not embarked on any major intermediate missile program. That would likely change in the event of dramatic nuclear escalation in Europe.

In addition to the mini-nukes to be loaded onto missiles on Trident nuclear subs, Trump is also advocating a modernized anti missile defense system, a program resembling Reagan’s so called Star Wars initiative. Criticisms of this concept have generally centered on its cost and/or technical feasibility. It is better looked on as another escalation of the nuclear arms race

No serious nuclear analyst believes any anti missile system for the foreseeable future would succeed in the face of a full scale Russian attack. But in the event of a US first strike which knocked out most of Russian capacity, might an anti missile system succeed against the weakened Russian response? As the blog Moon of Alabama puts it,”

Russia, like other countries, feared that the U.S. would come to believe that it could launch a large first strike against Russia’s strategic weapons and use its missile defense to prevent being hit by a smaller Russian retaliation strike? This upset the balance of Mutual Assured Destruction that has prevented a large scale nuclear war. Such is the kind of tortured speculation and dangerous techno-optimism that emerges when military planners, operating in secret, don’t or won’t acknowledge that nuclear weapons change everything.