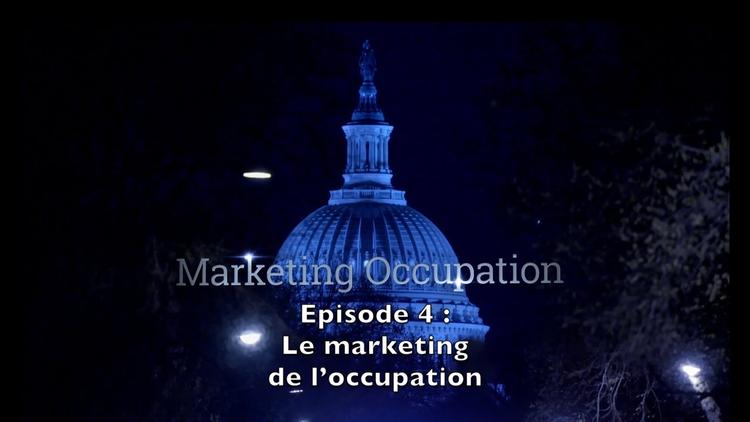 Ann Arbor (Informed Comment) – Ilhan Omar (D-MN) has stirred controversy by replying to scurrilous statements of her Republican opponents in Congress by suggesting that they are shilling for anti-Palestinian and anti-Muslim lobbies that back the right wing Likud government of Israel to the hilt because they receive campaign contributions from the Israel lobbies.

It's all about the Benjamins baby ? https://t.co/KatcXJnZLV

When Rep. Omar was criticized for this tweet, others replied:

The GOP’s biggest donor, Sheldon and Miriam (a US-Israel dual national) Adelson are outspoken about their unconditional support for Israel and Netanyahu.

Paul Findley published They Dare Speak Out in 1985, George Ball wrote The Passionate Attachment in 1992, and Senator J. William Fulbright referred to the Congress as “Israeli occupied territory”—this is hardly a “trope”

It should be pointed out that Rep. Omar has been relentlessly hazed because she is a Somali Muslim and critical of Israeli policy toward their Palestinian semi-chattel. One of her critics is close to the hate figure Frank Gaffney, purveyor of anti-Muslim conspiracy theories of the sort the Nazis used to circulate about Jews.

While @GOPLeader directs islamophobic attacks at @RashidaTlaib & @IlhanMN in the name of “defending” Jews, never forget that he tweeted out antisemitic conspiracy theories about George Soros after Soros was targeted in an attempted bombing. #NotInOurNamehttps://t.co/nlnfFcy2PE

That charge really is anti-Semitic since he is attacking them on no other grounds than that they are Jewish. A critique of Israel West Bank policy on the other hand is no more anti-Semitic than a criticism of Nigeria is anti-Black.

She may be wrong about the motives of some of her opponents. The anti-Palestinian politicians in the United States may have come by their determination to keep millions of displaced people stateless and without basic human rights honestly. That is, many may just be racists who believe that brown people should be kept down.

Nor should consideration of the Israel lobbies only focus on money. Their propaganda techniques, for instance of equating any criticism of Israeli colonization of the Palestinian West Bank to terrorism, are also extremely effective.

But it certainly is the case that many American politicians are funded by the Israel lobbies, coordinated by the American Israel Public Affairs Committee (AIPAC), and the shocked protests to the contrary by the Washington elite are disingenuous or propaganda.

Chelsea Clinton piped up, but her own mother exemplifies the syndrome. Hillary Clinton was once a level-headed, smart analyst of Middle East affairs, in the 1990s. And she pointed out that the Palestinians deserve their own state. The Israel lobbies came after her viciously and silenced her. And then gradually she started giving these robotic speeches that seem to have been written for her by AIPAC. I heard one with my own ears and it was hard to sit there. And pro-Israel PACs and individuals swung around to her. I don’t think it would be easy to count all the money they gave her political campaigns. Obviously it wasn’t decisive, since she lost two of her runs at the presidency (the Israel lobbies do lose some key fights). She started saying things she must know to be untrue and blaming the Palestinians for their own plight, which was imposed on them by the Israeli military. I.e., this sort of thing, below, is the Israelis’ fault, not that of the Palestinians, and yet we don’t see Chelsea Clinton speaking out again sheer ethno-nationalist theft of land even though Rep. Omar seems to have gotten under her skin:

The first thing the newly elected senate did this year was betray the Constitution and gut the First Amendment by passing a bill encouraging states to refuse to do business with contractors who boycott Israel. Congresswoman Rashida Tlaib said on Twitter that they had forgotten which government they work for, and it is hard to fault her. This measure damages American norms of liberty on behalf of a foreign government. The cheerleader for the unconstitutional bill (the Supreme Court has found political boycotts legal) is Marco Rubio, who has received hundreds of thousands of dollars from Sheldon Adelson, the corrupt casino mogul who is a major backer of Israel’s corrupt prime minister, Binyamin Netanyahu. Although senators maintained that the measure only affected businesses, they seem unaware that or don’t care that speakers at university campuses are classed as contractors and are being affected by such state laws.

The senate act should have caused the firestorm, not the correct observation that the only way to explain this extraordinary piece of treason by 70-some elected senators is that they were paid to do it.

The best recent discussion of this issue is Kirk Beattie’s Congress and the Shaping of the Middle East.

Remember that time when GOP and Dem leaders in Congress forgot to take AIPAC's name off of a letter they sent to the White House?

The average contribution of the major pro-Israel lobbies to the campaigns of US Congressional representatives 1990-2018 appears to have increased from around $4,000 to nearly $20,000.

American politics is highly polarized and many districts or states, such as Ohio and Florida, are evenly divided between Republicans and Democrats. Even a few thousand extra dollars to spend on e.g. radio ads can be important. Moreover, you wouldn’t want the money to go to your opponent or you would suffer twice– from not having it, and having it work against you.

The respected Foreign Policy Journal published a piece a few years ago entitled “The Best Congress AIPAC can Buy.” Some basic figures for the Senate are here, though note that these numbers disregard the many donations of less than $200 per donor that the lobbies are able to mobilize.

Because of the long and horrific tradition of European anti-Jewish bigotry, it is difficult to speak of the power of the Israel lobbies, and bringing the subject up often attracts charges of anti-Semitism. That is because European Christians created false and outrageous accusations against Jews of stealing Christian babies and using their blood in rituals, or of being unduly influential in banking, or of secretly forming a cabal to control governments. These anti-Semitic tropes (which led to the Nazi genocide of 6 million Jews) are hurtful, false and ultimately murderous.

But this history of Christian irrational bigotry is no excuse to deny that Jewish nationalists or Zionists have indeed organized themselves to fund political campaigns at a much higher level than average Americans, and to strategize influence in the US government.

It is important to underline that relatively few American Jews support the tenets of the Israel lobbies, such as the right of Israel to annex permanently and colonize with its own people the Palestinian West Bank and Gaza. About a third of Jewish Americans have reported in some polls that Israel is not significant to them. Others may desire to see their coreligionists live in security and prosperity without approving of the colonization project in the Occupied Territories.

It is further important to underline that even the Greater Israel fanatics are not doing something unusual in American politics. There are many ethnic lobbies that have deeply influenced US foreign policy. The Cuban-American lobby is an example, but there are many others. The anti-abortion crusade of the Religious Right is a coalition of Protestants and Catholics. The Catholic wing of the movement depends to some extent on lobbying by Irish-Americans and Italian-Americans and Hispanic Americans, though not all members of those ethnic groups are Catholics, and not all those who are Catholics oppose abortion.

The Evangelical wing of the Israel lobbies is not nearly as important as AIPAC and the Sheldon Adelsons, but they do lend heft in the electorate to anti-Palestinian policies.

Finally, the Israel lobbies don’t control anything and they do lose big political fights (the right wing lobbies did not want Obama’s Iran nuclear deal but it was briefly victorious nevertheless; The lobbies did help kill it subsequently, but probably could not have succeeded had Trump not desired to for his own purposes. And note that the Iran nuclear deal was supported by several pro-Israel stalwarts in the Senate).

All that said, AIPAC and the Israel lobbies are enormously influential in American politics and putting discussion of them off limits, as the lobbies would like to do, is a diminution of our democratic discourse and a sort of totalitarianism.

To that extent, whatever one thinks of one tweet by a first-term congresswoman, she is doing us a favor to provoke the forbidden discussion.

Orient XXI: “Lobby USA episode 4: The Marketing of the Occupation”