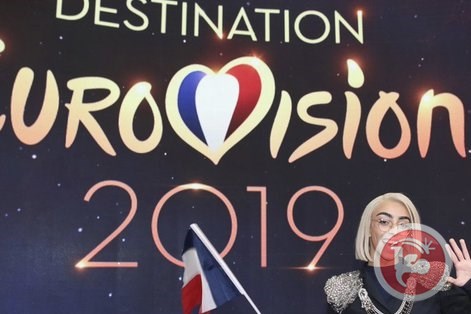 PARIS (Ma’an) — France reportedly threatened to boycott the Eurovision song contest to be held in Tel Aviv, in southern Israel, as a form of protest against an Israeli television series which portrays France’s entry in the competition as a terrorist.

Hebrew-language news outlets reported, on Thursday, that the Israeli television series entitled “Douze Points,” portrays a French-Algerian Islamic State (IS, formerly ISIS) terrorist posing as a homosexual who represents his country at the international song contest, in hopes of carrying out a terrorist attack live on television.

The television series will air the same week as Eurovision 2019, which is being hosted by Israel in mid-May.

Sources added he series has apparently caused tension with French authorities due to France’s contestant at the Eurovision being Bilal Hassani, a homosexual with a Muslim background.

The French TV broadcasting authority has warned the Israel Public Broadcasting Corporation against airing the controversial series and threatened to boycott the contest if it is not cancelled.