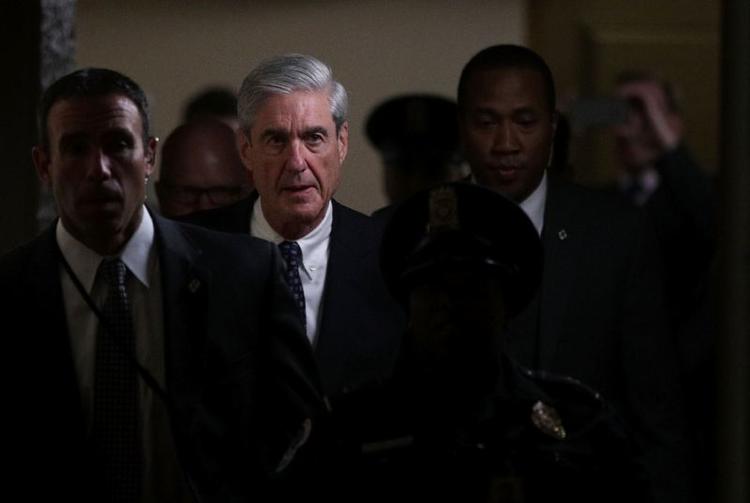 Washington, DC (AFP) – Special Counsel Robert Mueller has remained silent for nearly two years about his Russia meddling and collusion investigation, which wrapped up on Friday.

But a vast story of conspiracy, possible collusion and obstruction has been told in documents that have emerged from the probe, particularly court filings in Mueller’s indictment of 34 individuals and convictions of five former Trump associates.

Here’s what we have learned up until now:

One charged 12 hackers of the GRU military intelligence agency with stealing specifically Democratic Party materials and leaking them to WikiLeaks.

The hackers “targeted over 300 individuals affiliated with the Clinton Campaign, DCCC, and DNC,” it said, referring to two key national Democratic bodies.

The second indictment named 13 Russians with the Internet Research Agency (IRA), a St. Petersburg troll farm controlled by Evgeny Prigozhin, a close associate of Putin. They were accused of running a massive “fake news” campaign on social media targeting US voters beginning in 2014.

The IRA “had a strategic goal to sow discord in the US political system…. By early to mid-2016, defendants’ operations included supporting the presidential campaign of then-candidate Donald J. Trump… and disparaging Hillary Clinton.”

WikiLeaks was not charged, but court filings said it actively communicated with the GRU hackers offering to help publish the stolen Democratic materials.

The investigation showed frequent, willing contacts between members of the Trump campaign and Russians or intermediaries with Moscow, more than 100 by some counts.

Trump campaign aides made multiple efforts to arrange a pre-election meeting between him and Putin and to obtain Russian “dirt” on Clinton.

“Have been receiving a lot of calls over the last month about Putin wanting to host him and the team,” foreign policy advisor George Papadopoulos told an unidentified senior campaign official in an April 2016 email. He also told the campaign the Russians proposed to give him information damaging to Clinton.

The investigation also revealed the June 9, 2016 Trump Tower meeting between top members of the campaign and a Russian lawyer offering dirt on Clinton.

“If it’s what you say I love it,” Trump’s son Don Jr. wrote in an email to the publicist who arranged the meeting.

And two associates of the campaign, Roger Stone and Jerome Corsi, communicated with WikiLeaks about its plans for releasing hacked communications from Clinton’s operations.

Mueller’s team meanwhile investigated actions by Trump that could support charges of obstruction of justice.

That began with Trump’s pressing FBI director James Comey in early 2017 to pull back on the investigation, and then his firing of Comey that May.

Trump also reportedly repeatedly pressured then attorney general Jeff Sessions to reverse his decision to recuse himself from the Mueller probe; sought several times to have Mueller fired; and allegedly encouraged associates to lie about Russia contacts and other behavior.

Trump also allegedly dangled pardons to indicted associates to prevent them from providing evidence against him.

A spinoff case from Mueller’s investigation showed that, under Trump’s direction his former lawyer Michael Cohen illegally used campaign funds to buy the silence of an adult film actress about an alleged affair she had with Trump in the 2000s.

The investigation showed that former Trump campaign chairman Paul Manafort and his deputy chair Richard Gates had engaged in money laundering, tax evasion and other financial crimes related to their work from Russia-backed politicians in Ukraine in the decade before the 2016 race. Both maintained their contacts, which included a suspected Russian intelligence agent, Konstantin Kilimnik, through the 2016 campaign.

According to reports, Mueller or spinoff investigations have also looked into the huge sums of money donated to the Trump transition and inauguration operations, which were partly overseen by Gates. There are indications that investigators have evidence of illegal foreign donations and misuse of funds.
– Business with Russians –

The investigation of Michael Cohen showed that the Trump Organization pursued a potentially huge real estate deal for a Trump Tower in Moscow throughout the 2016 campaign.

Also reportedly examined were the Trump Organization’s marketing of properties since the 2000s to wealthy Russians, with some of the sales raising questions of money laundering.