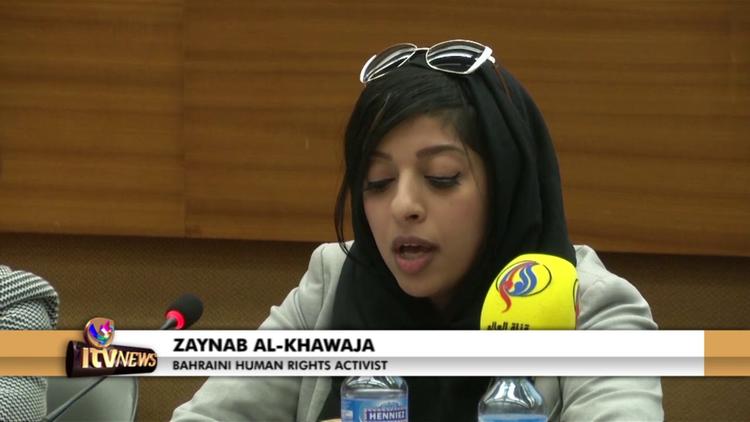 Geneva (Human Rights Watch) – A joint statement by 36 countries on March 7, 2019 calling on Saudi Arabia to improve its human rights record was a landmark step toward justice and accountability, Human Rights Watch said today. The statement, delivered by Iceland at the United Nations Human Rights Council in Geneva, condemns the murder of the Saudi journalist Jamal Khashoggi, urges an end to Saudi Arabia’s use of counterterrorism regulations to target dissidents and human rights activists, and calls for the release of Saudi women’s rights activists detained beginning in May 2018.

Under the government that is effectively headed by Crown Prince Mohammad bin Salman, Saudi authorities have intensified a coordinated crackdown on dissidents, human rights activists, and independent clerics. Countries at the Human Rights Council should support the joint statement, which is a rare and significant opportunity to press Saudi Arabia over its human rights abuses. The statement remains open for further endorsement until at least the end of the session on March 22.

“The joint statement to Saudi Arabia at the UN Human Rights Council sends a strong message to Saudi authorities that it needs to end its abusive treatment of activists and dissidents,” said John Fisher, Geneva director at Human Rights Watch. “Council member states should stand in solidarity with detained Saudi activists, press for their immediate release and maintain scrutiny of Saudi Arabia until there is substantial improvement in its rights record and meaningful reform.”

The joint statement reflected concerns also raised by UN High Commissioner for Human Rights Michelle Bachelet, who in her report to the council on March 6 noted that the persecution of peaceful activists clearly contradicts the spirit of Saudi Arabia’s proclaimed new reforms, and urged the released of the women’s rights defenders.

On May 15, 2018, just weeks before the Saudi authorities lifted the ban on women driving on June 24, authorities began arrests of prominent women’s rights activists and accused several of them of grave crimes like treason that appear to be directly related to their activism.

On March 1, Saudi Arabia’s public prosecution agency announced that the women’s rights activists would face charges and be put on trial. Human rights organizations began reporting in November that Saudi interrogators tortured at least four of the women, including by administering electric shocks, whipping the women on their thighs, and sexually harassing and assaulting them.

Saudi Arabia came under intense criticism in 2018 following the October 2 murder of the prominent Saudi journalist Khashoggi inside the Saudi consulate in Istanbul by Saudi agents. After weeks of denials and obfuscations, Saudi Arabia admitted to Khashoggi’s murder and announced the arrest of 18 people and the firing of senior officials. The Public Prosecution eventually charged 11 people in connection with the murder, including five against whom it is seeking the death penalty.

Saudi Arabia should cooperate fully with Agnes Callamard, the UN special rapporteur on extrajudicial, summary or arbitrary executions, on her inquiry into the Khashoggi murder. Callamard will present the report on her inquiry to the council at its next session, in June.

“As a member of the Human Rights Council, Saudi Arabia is required to maintain the ‘highest standards of human rights,’ yet there is a massive gap between the country’s dismal rights record and the international standards it is sworn to uphold,” Fisher said. “Council members should be subject to more scrutiny, not less, and we urge the council to keep Saudi Arabia on its agenda until we see an end to the brutal targeting of defenders and dissidents, and genuine reform.”