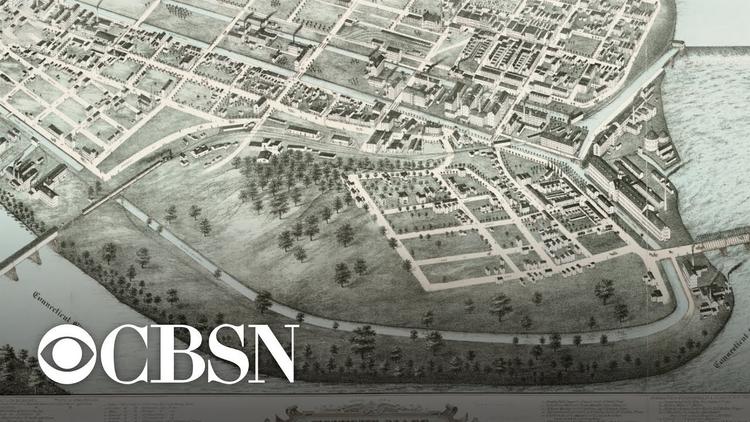 Everyone, it seems, has an opinion about the (new) Green New Deal. It’s an ambitious plan to make America carbon-neutral — as well as more equitable — in a mere 10 years.

Although the Green New Deal resolution that will be voted on in the U.S. Senate is likely to be “soundly defeated,” the broader debate that it has sparked — how best to respond to climate change — is not going to disappear any time soon.

The main champion of the proposal, Rep. Alexandria Ocasio-Cortez, is clearly more than capable of responding to her critics. But experts also need to weigh in, particularly because each of the key elements of the framework — including the core contention that governments must be the primary driver of the transition to a green economy — is backed up by an extensive body of academic research.

Some critics say the Green New Deal is too costly, and others have effectively responded to that argument. But what about the other common critiques?

The mainstream economic solution to climate change is to put a price on carbon, for example through a carbon tax or emissions trading scheme. This idea has dominated climate policy discussions at the domestic and international level for years.

The editors of The Economist lament that the Green New Deal doesn’t emphasize carbon pricing. In their view, climate change is an example of market failure with an uncomplicated solution. To solve the problem, they say “governments need only include the social cost of carbon in the prices people pay.”

Turns out, the solution isn’t as straightforward as they would have us believe. For one, the carbon price has to be incredibly high and cover a broad swath of the economy to significantly reduce greenhouse gas emissions. Governments haven’t shown a willingness to do this and recent research suggests that even steep prices will not produce the deep emissions reductions required to limit global warming to under 2C.

This is not to say that a price on carbon has no role to play in a Green New Deal — and the Ocasio-Cortez proposal doesn’t rule it out. The point is that carbon pricing isn’t the only game in town and we shouldn’t be shackled to it as our sole response just because orthodox economists prefer its “elegance.”

The Ocasio-Cortez resolution lists a number of objectives in addition to carbon neutrality such as universal health care and stronger rights for workers.

Author and activist Naomi Klein has eloquently argued why both sides miss the point. The prevailing view places issues into silos, and fails to grasp that the crises of inequality and environmental devastation are “inextricably linked — and can only be overcome with a holistic vision for social and economic transformation.”

Again, research has long identified these links. Take for example, the much discussed job guarantee that provides a social safety net in the form of publicly funded “green jobs,” such as insulating homes or environmental rehabilitation. This idea comes from the work of economists like Pavlina Tcherneva, and it fits with the broader notion of a “just transition” — the idea that the people who lose their jobs in the fossil fuel sector as a result of the transition to a green economy should not be left behind.

When President Franklin D. Roosevelt introduced the New Deal in 1933 to tackle the Great Depression, it didn’t matter very much what the government invested in, as long as jobs were created. Theoretically, the government could pay people to dig holes and fill them in again. In practice, it aimed for public benefits from its investments, including reforestation and the expansion of the national parks system through the Civilian Conservation Corps.

It is much trickier to ensure that investments under the Green New Deal actually meet the goals of economic equality and environmental sustainability. There is a long history of “green” programs failing to live up to expectations. In fact, even the Civilian Conservation Corps was derided by many ecologists at the time for building roads in natural areas and planting tree monocultures, instead of a mixture of species, which provided less habitat for wildlife and left the new forests more susceptible to pests.

The battle lines are currently being drawn over whether the Green New Deal should include investments in nuclear power and allow fossil fuel combustion coupled with carbon capture and storage technology.

There are also more subtle issues to be aware of. It’s fairly easy to greenwash large infrastructure projects, for example. A “green” electricity project funded by Canada’s 2009 stimulus package was designed solely to provide cheap energy to mining companies, giving them access to a remote and previously pristine natural area. In addition, the vast majority of funds from Korea’s 2009 Green New Deal went to a major dam project vigorously opposed by environmentalists.

Concerns about the greenness of the Green New Deal can’t yet be dismissed: the devil will be in the details, and there is much work to be done in this regard. But in the meantime, the broader shift in the framing of the climate change debate that the proposal has initiated should be recognized, and welcomed.

CBS News: “How one small city sowed the seeds for its own Green New Deal”