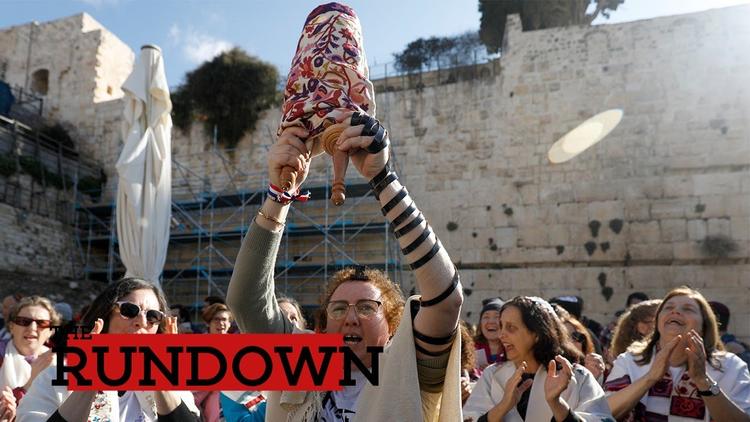 JERUSALEM (Ma’an) — Thousands of ultra-Orthodox youths violently disrupted a Women of the Wall prayer service, on Friday, forcing the multi-denominational feminist group to move to another location after two of its members sustained injuries near the Western Wall.

According to the spokesperson of Women of the Wall, the group was holding an anniversary prayer service, celebrating 30 years since its establishment, however, the gathering drew thousands of ultra-Orthodox youths to organize protests with several rabbis, calling on school students to head to the Western Wall plaza to demonstrate against the service.

Hebrew-language news outlets reported that the spokesperson said that several elederly members were shoved to the ground by ultra-Orthodox protesters, stressing that the protest was more violent than expected.

A statement issued by the Women of the Wall charged Israeli police with “abandoning” them during the protest, as they were physically and verbally assaulted by ultra-Orthodox men and women.

The Women of the Wall also criticized the Western Wall Rabbi Shmuel Rabinovitch for refusing to sign off on a speaker system, which they requested as the number of expected attendees fit the protocol.

Rabinovitch responded by saying, “Women using loudspeakers is against religious law, as determined the sages. It doesn’t coincide with the customs of this place.”

Furthermore, the Women of the Wall stated, “Our organization will not be deterred at all. We will continue to pray at the Western Wall in our own way and no one will frighten us.”