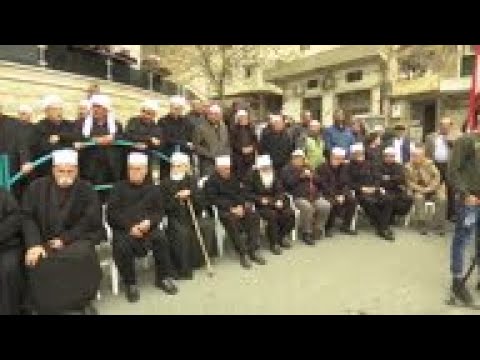 He said that if Trump wanted to give somebody else’s territory to Israel, it should be North and South Carolina.

The United Nations Charter forbids the acquisition of territory by military force and insists on preserving the territorial integrity of the world’s states.

Israel conquered Syria’s Golan Heights in 1967, which, whatever Pm Binyamin Netanyahu might allege, was not a defensive war for Israel, since it launched the first attacks. It is not illegal for Israel to occupy the Heights until a peace treaty can be achieved between Israel and Syria, but it is illegal for Israel to simply permanently steal its neighbor’s land.

Jaafari said that the United States had completely ended any role for itself as a mediator in the region, and described Trump’s decision as “an illegal announcement issuing from the American president.” It was, he said, a mere unilateral pronouncement without any element of legality, and entirely lacking in moral force.

“The American administration,” he said, “should give up a state or two to the Israelis– for instance, South Carolina and North Carolina.”

Mr. Jaafari’s appeal to international law would be more convincing if the regime of which he is a part had not massacred, imprisoned and tortured tens of thousands of people since 2011. But this hypocrisy does not weaken his case against Trump’s actions. My kindergarten teacher taught us that two wrongs don’t make a right.

Jaafari read a letter from a 10-year-old Syrian living under Israeli occupation in the Golan, who pledged that the people of the Golan Heights would steer its future, not the Israeli Occupiers or the distant Americans.

He also complained that the US CIA had backed fundamentalist rebels against the central government during the recent civil war, warning that the Syrian public had come to see the Trump administration as an outlaw state full of enmity for Syrians.