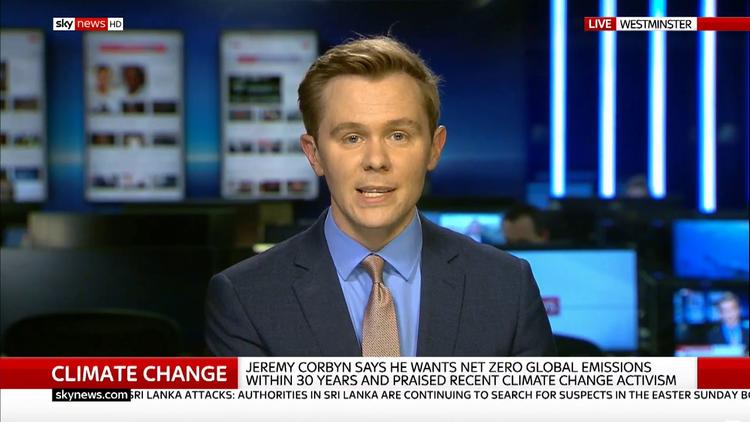 Ann Arbor (Informed Comment) – Scotland’s First Minister, Nicola Sturgeon of the social-democratic Scottish National Party has called a “climate emergency,” doing so in response to a call from “Extinction Rebellion Scotland.” The latter is a youth protest group that has staged walk-outs from high schools and engaged in civil disobedience in numerous cities around the world.

The call represents an abrupt about-face, since the SNP along with other parties rejected a Green Party call for the declaration of a “Climate Crisis” just this spring.

The step scoops the British Labour Party, whose leader, Jeremy Corbyn, has suggested that he will call a climate emergency this week.

Sturgeon’s party wishes to leave the United Kingdom, and its secessionism has been further fueled by the prospect of the UK departing the European Union. The SNP would rather keep its economic and cultural ties to the mainland. Sturgeon has complained about the gridlock in British parliamentary politics. A majority of Scots now back secession if Britain leaves the European Union with no new treaty with that body, a situation referred to as a “hard brexit.”

Scottish resentment of the slow pace of climate change legislation in the UK parliament, which is dominated by the pro-BP Conservative Party, may fuel some of the impetus to green Scotland.

Scotland under the SNP has been one of the few industrialized countries (it is a “country” of the United Kingdom) to have made substantial progress on green energy. Some 75% of its electricity consumption comes from renewables.

Scotland’s announced goal of being net carbon zero by 2050 is not nearly ambitious enough, however, and has been criticized by the Scottish Labour Party. Typically electricity generation accounts for betweeen 1/5 and 1/3 of CO2 emissions in a country. To get to net carbon zero would require the electrification of transportation (with the electricity coming wholly from renewables), building with material other than cement, and reforms in agriculture and livestock raising (including apparently feeding seaweed to ruminants to cut down on their methane emissions).

Sturgeon said she wanted Scotland’s emissions goals reevaluated by scientists and said that if they reported it was possible to go faster toward net carbon zero, she would make those changes.

First minister Sturgeon, please reach out to Marc Z. Jacobson at Stanford. He has a Net Carbon Zero plan for each country, including Scotland.