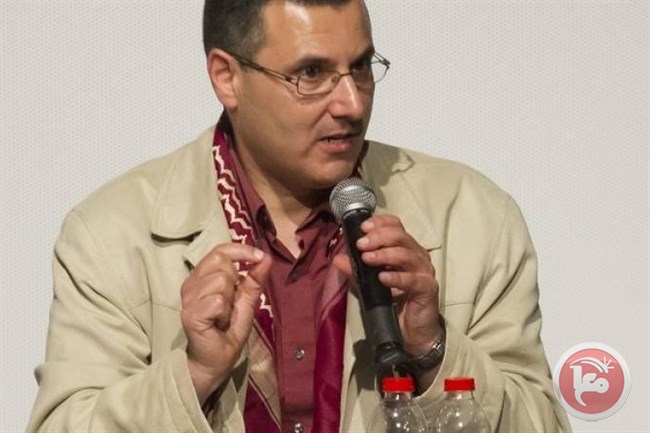 BETHLEHEM (Ma’an) — The United States administration denied entry to Omar Barghouti, a Palestinian human rights defender and a co-founder of the Boycott, Divestment and Sanctions (BDS) Movement, this week allegedly due to his political activities.

The Arab American Institute (AII) said that Barghouti was barred from boarding a flight, on Wednesday, from Israel’s Ben Gurion Airport to New York for a speaking tour and his daughter’s wedding, despite having the required Israel-issued travel documents and a valid visa.

AII, which coordinated Barghouti’s US visit, said in a statement that he was informed by airline staff at the Ben Gurion Airport that the US Consulate in Tel Aviv had directed US immigration services to deny his entry.

The statement said Barghouti was not provided an explanation for his denial of entry beyond being told it was an “immigration matter.”

Due to his role in BDS, Barghouti, who is a resident of Acre (Akka) holds Israeli permanent resident status, was barred from leaving Israel several times in recent years, by refusing to renew travel documents, which are automatically granted to Palestinians who do not hold a full Israeli citizenship.

Regarding the denial of entry, Barghouti said in a statement, “This US entry ban against me, which is ideologically and politically motivated, is part of Israel’s escalating repression against Palestinian, Israeli and international human rights defenders in the BDS movement for freedom, justice and equality.”

He added, “Israel is not merely continuing its decades-old system of military occupation, apartheid and ethnic cleansing; it is increasingly outsourcing its outrageous, McCarthyite repression to the US and to xenophobic, far-right cohorts across the world.”

Barghouti accused supporters of what he described as Israeli apartheid in the US of being “desperately trying to deny US lawmakers, media, diverse audiences … of their right to listen, first-hand, to a Palestinian human rights advocate calling for ending US complicity in Israel’s crimes against our people.”

The Boycott, Divestment, and Sanctions (BDS) movement is a global campaign promoting various forms of boycott against Israel until it meets what the campaign describes as “Israel’s obligations under international law,” which include its withdrawal from the occupied territories, removal of the separation wall in the occupied West Bank, full equality for Arab-Palestinian citizens in Israel, and promotion of the right of return of Palestinian refugees to their homelands, now known as Israel.