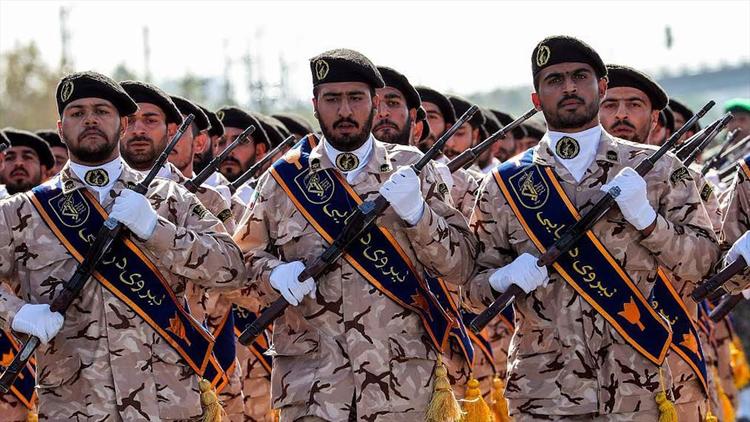 Ann Arbor (Informed Comment) – The Trump administration is considering designating the Iranian Revolutionary Guards Corps as a terrorist organization. This is an old Joe Lieberman idea from 2007, and it is a very bad idea. It keeps being done rhetorically (2007, 2017), and then announced again out of amnesia. It is illogical, but it is also practically speaking a potential disaster if it were actually thoroughly implemented.

The notion is illogical because the Iranian Revolutionary Guards Corps (IRGC) is a state actor, not a non-state actor. Terrorists are civilians who commit violence against other civilians to achieve some political goal.

The IRGC is sort of like the US national guard. It isn’t the formal army, but it is an adjunct to it.

If the US has a problem with IRGC actions, they should accuse the Iranian government of war crimes. States commit war crimes. There are international laws and institutions for dealing with war crimes.

But the practical side of the issue is that Iraqi Shiite militias close to the IRGC are essentially the hosts and protectors of the some 5,000 US troops in Iraq.

Iranian Ayatollah Ali Khamenei called Saturday for the Iraqi government to expel US troops from Iraq as soon as possible, lest they become entrenched. Iraqi PM Adel Abdul Mahdi is on a state visit to Iran. Iran is proposing dozens of joint projects, despite the US increasingly severe sanctions on Iran.

When ISIL took over 60% of Iraqi territory in 2014, Grand Ayatollah Ali Sistani called for Iraqis to mobilize against the terrorist organization. Many Shiites took this call to mean they should form militias, since the formal Iraqi army had collapsed.

The Shiite-led Iraqi government reached out to the IRGC for help with training and logistics, and the IRGC appears to have sent a small number of troops into Iraq.

The IRGC planned out and helped execute the first major campaign against ISIL, at Tikrit. The US initially declined to join in because it was an Iranian-led campaign, but in the end whenthe Iraqi forces got bogged down, the US offered air support. IRGC offered strategic advice, but a lot of the heavy lifting was done by Shiite militiamen who formed a strong bond to the IRGC.

The formal Iraqi military is still small and week, and the Shiite militias are increasingly powerful, having formed civilian political parties, and having done well in elections.

So security is provided to US troops, essentially by the friends of the IRGC.

The Trump administration is painting a big red X on the backs of those troops.