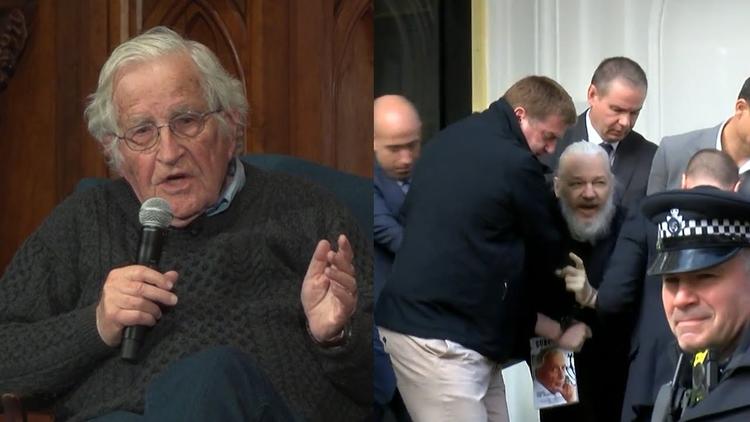 (Committee to Protect Journalists) – New York, April 11, 2019–The Committee to Protect Journalists today said it was deeply concerned by the U.S. prosecution of WikiLeaks founder Julian Assange. Authorities in the United Kingdom arrested Assange this morning at the Ecuadoran Embassy as part of an extradition agreement with the U.S., according to a statement by the U.S. Department of Justice.

The statement said Assange faces a single count of conspiracy to commit computer intrusion. The charge relates to Assange’s interactions with Chelsea Manning, a former U.S. Army intelligence analyst who was convicted under the Espionage Act for leaking classified information to WikiLeaks and spent seven years in prison. According to the indictment, Assange allegedly offered to help Manning break a password to a secure government database.

The indictment does not explicitly charge Assange for publication, a move that would have wide-ranging press freedom implications, but it does construe his interactions with Manning as part of a criminal conspiracy. “It was part of the conspiracy that Assange encouraged Manning to provide information and records from departments and agencies of the United States,” count 20 of the indictment states.

“The potential implications for press freedom of this allegation of conspiracy between publisher and source are deeply troubling,” said Robert Mahoney, deputy director of the Committee to Protect Journalists. “With this prosecution of Julian Assange, the U.S. government could set out broad legal arguments about journalists soliciting information or interacting with sources that could have chilling consequences for investigative reporting and the publication of information of public interest.”

The arrest took place after the Ecuadoran Embassy withdrew asylum protections from Assange. Ecuadoran President Lenin Moreno said on Twitter that the decision was made because of Assange’s “repeated violations to international conventions and daily-life protocols.”

Assange took refuge in the Ecuadoran Embassy in 2012 while facing questioning related to accusations against him for sexual assault in Sweden. Assange denied those accusations and argued that arrest in Sweden or the U.K. would lead to his extradition to the U.S. where he would face prosecution for his publishing activities.

CPJ has long raised concerns about the legal implications for a prosecution of Assange, primarily related to legal theories that he could be prosecuted under the Espionage Act. In 2010, CPJ wrote a letter urging the DOJ not to prosecute WikiLeaks under the Espionage Act for publishing activities. In 2018, CPJ published a blog arguing that conspiracy charges against Assange could set a dangerous precedent.