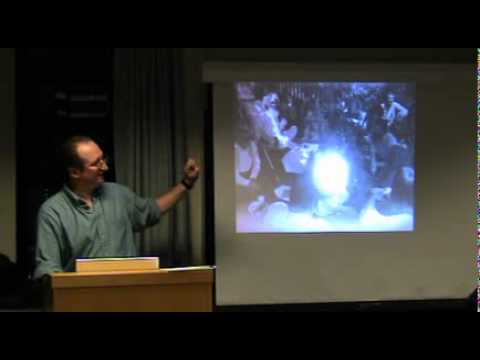 More than 300 people have now been confirmed killed in the Easter attacks in Sri Lanka. Several sources had suggested a domestic Muslim Islamist group may have been linked to the atrocity – but Islamic State (IS) has now also claimed responsibility.

Sri Lanka’s Muslim community is spread across the country, but they make up 9.7% of the island’s population. Even though most Sri Lankan Muslims are Sunni, it is a diverse community, with some following the mystical form of Islam, Sufism. Linguistically, most have Tamil as their mother tongue, often leading them to be categorised as part of the island’s Tamil minority, alongside Hindus and Christians. There are, however, Muslims who speak the majority Sinhala language.

The origins of Sri Lanka’s Muslim community can be traced back to the historic trading routes between South and Southeast Asia and the Middle East. Traders from the Middle East (Arabs and Persians) developed commercial interests in southern India in the seventh century, which also spread to Sri Lanka. These Middle Eastern merchants married Tamil and Sinhalese women and settled in the east of the island around Batticaloa and Ampara.

The Portuguese, who started to control Sri Lanka in the 16th century, used the term “Moor” to describe the island’s Muslims (as they did other Muslim communities they encountered throughout the world). As a consequence, a local “Moorish” identity was established. In the early 20th century, some Muslims promoted this as a unique “Ceylon Moor” racial identity (the island was called Ceylon during the colonial period). They presumed an Arab heritage, which distinguished them from the local Tamil community, which has its origins in southern India and northern Sri Lanka.

Muslim political leaders have continued to promote this “Moorish” identity, focusing on a collective Arab “blood connection” and pointing out that the island’s Muslims are not bound to any specific language (even though most of them speak Tamil). This is different to Muslims in Tamil Nadu, India, who see themselves as Tamils who adhere to the Islamic faith.

In 1956, the so-called Sinhala Only Act made Sinhalese the country’s official language and was considered discriminatory by Tamil-speaking groups, who started to form militant groups.

Tensions boiled over in 1983, when Tamil attacks on the Sri Lankan army triggered Sinhalese mobs to attack Tamils during a period known as “Black July”. As many as 3,000 Tamil civilians were killed, triggering a civil war that was fought between the Sri Lankan government and a number of Tamil groups, most notably the Liberation Tigers of Tamil Eelam (LTTE), and lasted until 2009.

Early in the conflict, some Tamil-speaking Muslims sided with the Tamil struggle. But that soon changed as Muslims also became a target for Tamil separatists. In one such attack in 1990, around 150 people were killed by the LTTE when it raided two mosques in the town of Kattankudy.

In the midst of the Tamil Tigers’ rebellion, da’wa (missionary) Islamic movements came to Sri Lanka. With this, “new” ideas of political Islam and different rules for clothing were brought to the country. This also triggered clashes between different Muslim groups. In one 2006 incident, for example, Islamic fundamentalists attacked a Sufi Mosque, highlighting two developments: the Muslim community was divided in Sri Lanka and Islamic fundamentalism was emerging.

Another conflict has has also come into focus recently. Buddhist extremists and Sinhala nationalists have also clashed with Muslims on several occasions in recent years, leading to the death of several Muslims.

Indeed, given that Muslims in Sri Lanka have been targeted both by Tamils and Sinhalese, why would a radical Muslim group specifically target another minority group like the Christians? Most likely, this militant group (if it is indeed behind the attacks) is inspired by the global jihadi discourse that sees the West and Western institutions, including the Christian church, as the overarching global enemy. What the outcome for the country will be after these attacks we cannot know. But a new chapter of violence appears to have begun in Sri Lanka and old divisions may yet again escalate further.

The first paragraph of this article has been updated to include new developments.