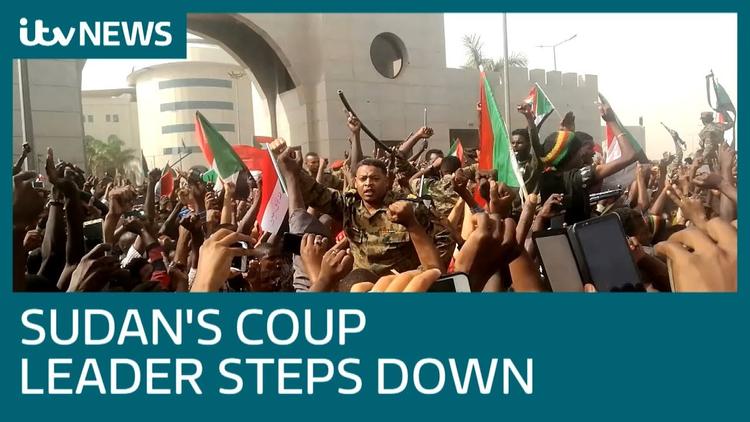 (Informed Comment) – Impassioned protests in Sudan saw the downfall of 30-year-long President Omar Bashir on Thursday, in what may be considered a new wave of regional uprisings, as demonstrations look set to continue. Sudan’s events has already attracted much international attention, including from the United Nations, world powers and the African Union, showing its future is of great concern for the international community.

Yet like the 2011 Arab Spring uprisings, external political actors may sabotage the Sudanese peoples’ efforts. While other countries could play a role in future Sudan’s decision making, both Saudi Arabia and the United may likely staunchly attempt to interfere in the country’s political transition and halt progress. This would secure their own regional dominance and crush any positive democratic transition – which could inspire reformers within their own states; and undercut a potentially stronger Islamist presence post-coup.

A big upset of the Arab Spring was the death of Egypt’s revolution in 2013 when Saudi Arabia and the UAE backed the military takeover and ascent of general Abdel Fatah al-Sisi, which should serve as a warning to Sudanese protestors. Not only did this crush the Muslim Brotherhood government, elected in 2012 and supported by Riyadh and Abu Dhabi’s brewing regional rival Qatar, two sham elections have taken place since, showing the country’s democratic transition had failed.

Saudi Arabia and the UAE have since continued to shower Egypt’s military regime with billions of dollars of aid, to secure their own ideal regional order, which limits opposition forces and ultimately the process of democratization.

A similar scenario risks occurring in Sudan. Protesters have already raised the alarm of the military’s control over the revolution, which may not create a transitional agreement based on the people’s wishes. After all, as it stands the military aims to hold power for two years, like how Egypt’s Supreme Council of the Armed Forces retained control after the January 2011 revolution ousted former President Hosni Mubarak.

Under Omar Bashir, Sudan took part in Saudi Arabia and the UAE’s war on Yemen, providing troops and fighter jets to their anti-Houthi coalition. While Sudan’s participation in the Yemen war caused further discontent among many Sudanese citizens, Riyadh and Abu Dhabi saw Sudan as a useful ally because of it.

Both countries have tried to keep Sudan on their side, largely to drag it away from Qatar and Turkey. Not only was Sudan previously a recipient of aid from them, Saudi and Emirati support increased particularly during the protests as Khartoum moved away from Qatar, reportedly to improve political and economic security. Yet this is arguably another soft power method.

Thus far, the military coup is favourable to the UAE especially, as the military has arrested several Muslim Brotherhood figures tied to the Sudanese regime. Abu Dhabi is hostile to political Islam and especially the Brotherhood, while Saudi Arabia mostly opposes it too despite having a tactical alliance with the Yemeni branch. Both have generally worked to crush the Muslim Brotherhood or other Islamists to expand their own regional hegemony. Therefore, aiding the military could continue to benefit them.

There have been warnings of a further split within the military if the transitional period is extended; as well as some fears of potential political destabilization in the country. Such a scenario if it happened could embolden the Muslim Brotherhood and other rival factions, as happened in Libya and Syria. The UAE and Saudi Arabia would be fearful of any scenario which could strengthen Islamist forces and could instead work with the senior military officers they have strong ties to, to shore up an authoritarian military presence. This would further help them counteract the rise of ‘unfriendly’ forces, whilst securing their own influence in the country, as Sudan would be more dependent on its support.

Meanwhile they could try to back other candidates to rule Sudan in their favour. Salah Gosh, who was appointed Sudan’s intelligence chief last year, has favourable ties with the UAE, Saudi Arabia, and Egypt, who have wanted him to replace Bashir. Gosh recently met with a Mossad official in Berlin, planning how to help elevate him to power on behalf of Saudi Arabia and the UAE, according to a Sudanese military source cited by Middle East Eye. Both Riyadh and Abu Dhabi could also try to shore up other pro-Saudi/Emirati figures in an interim government, putting them in a stronger position in Sudan’s political future.

This would be a continuation of Saudi Arabia and the UAE’s efforts to upset the growth of democracy and ensure the dominance of anti-Islamist, authoritarian rulers in other parts of the region, so long as they have increased soft power. By backing the prominent military general Khalifa Haftar in Libya, who opposes any democratic transition as well as any form of an Islamist faction, recently launching an assault on Libya’s capital Tripoli, their efforts risk jeopardizing the UN-backed peace process.

Tunisia has at times felt vulnerable to Riyadh and Abu Dhabi’s interference, who have reportedly attempted to support reactionary, pre-revolutionary political forces in Tunis, to not only weaken the coalition-governing Islamist Ennahda party, but to upset the country’s relatively successful transition towards democracy. The UAE could arguably support destabilization in Tunisia rather than having democratic forces it could not influence in power.

Saudi Arabia and the UAE are both, though at times divergently, seeking increased soft power and influence across the Middle East and North Africa region, whilst seeking a regional order which threatens their own states’ status quo. Both watching the Arab Spring revolutions with distaste and caution, they sought to sabotage any democratic change. As Sudan shows signs of moving in a positive direction, they could arguably support a continuation of the status quo.

Unless efforts within Sudan are made to safeguard the revolutionary process from outside forces, history may repeat itself and the transition could ultimately serve the geopolitical ambitions of Saudi Arabia and the United Arab Emirates, rather than the wishes of the Sudanese people themselves.