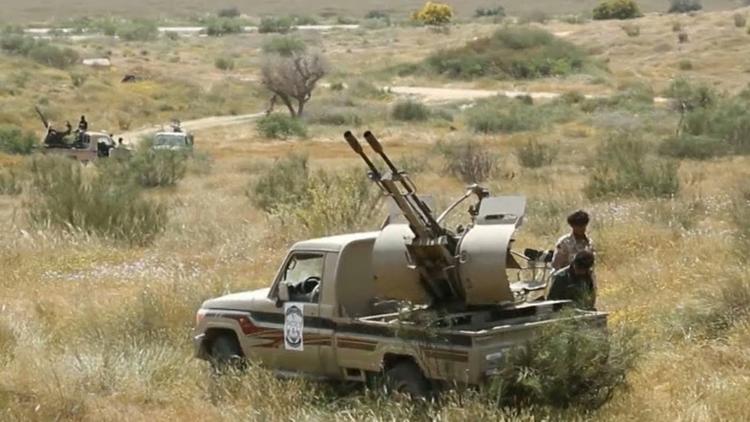 The White House announced Friday, Reuters and other outlets report, that Trump called Field Marshal Khalifa Hiftar last Monday and appears to have encouraged the warlord, based in Benghazi, in his assault on the capital, Tripoli, in the West.

Trump has proved himself obsessed with Middle Eastern terrorism and Middle Eastern oil, which he keeps saying the US should “take,” so this quote rings true. Actually, unless Hiftar wins in fairly short order, the fighting raises the prospect of taking Libyan oil offline for the duration. And Hiftar’s attempt to impose a dictatorship on a country that overthrew its last dictator, Moammar Gaddafi, has significant potential for ratcheting up terrorism rather than tamping it down.

Trump’s statement contradicted earlier cautions by acting secretary of defense Patrick Shanahan that there is no military solution to the ongoing crisis in Libya.

It is being alleged that the campaign by Hiftar’s forces to take over all of Libya and to depose the UN-recognized government of Fayez al-Sarraj in Tripoli, was greenlighted and funded by Saudi Arabia.

Much of Europe is upset about what it sees as a power grab on Hiftar’s part that could plunge the country back into raging violence and civil war. Among European countries, however, France appears to be almost unique in backing Hiftar, having joined Trump’s US and Putin’s Russia in blocking a UN Security Council resolution calling for a cease-fire (i.e. calling for Hiftar to call off his assault). Italy is furious at France over this stance.

Hiftar’s Libyan National Army is seeking to displace the unity government of PM Fayez al-Sarraj and the armed forces in the west that are loyal to him.

Al-Sarraj heads a Government of National Accord, the writ of which only really runs in Tripoli and its hinterland, since Hiftar has now taken much of the rest of the country. The GNA includes Muslim Brotherhood supporters, which is one reason that Saudi Arabia and the United Arab Emirates and Egypt want it crushed.