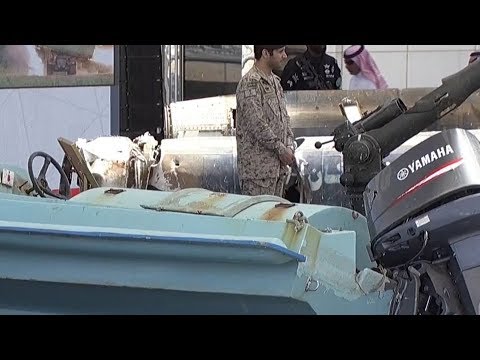 Ann Arbor (Informed Comment) – The emergency summit of the Arab league just held in Mecca had as it purpose to shore up pan-Arab support for Saudi Arabia and the United Arab Emirates in their war on Yemen, in their conflict with Iran, and in their willingness to negotiate with Jared Kushner over his “deal of the century” for Palestine.

King Salman kicked off the conference with a call for international solidarity with Saudi Arabia in the face of what he termed Iranian “terrorism.” He said that Iran is committing “terrorist acts” either directly or via proxies. He complained that the lack of a firm response or any deterrent had allowed Iran to continue.

King Salman tried to reassure his fellow rulers that Riyadh has not abandoned the Palestinians to their fate. He said that he wants to see an independent state for Palestinians with its capital in East Jerusalem.

His son, the crown prince Mohammed Bin Salman, told a Jewish gathering in New York City that he did not really care so much about the Palestine issue, and he has allegedly been working with Trump son-in-law Jared Kushner on the so-called “deal of the century.” Saudi Arabia’s credentials in the area of Arab natonalism have therefore been tarnished in ways that it will take more than some nice words to repair.

The Arab League is a big unwieldy organization with little to bind it together other than Arabic as a language (and millions of people living in self-defined Arab countries don’t speak Arabic as their mother tongue). It was predictable, then, that the Saudis would fall short in achieving their goal.

Only 13 countries attended out of 22, and only 6 heads of state came. Morocco, absent, is angry about a documentary on the separatists in the Sahara that aired on a Saudi-owned channel. Syria’s membership is frozen.

Qatar was invited despite the Saudi and UAE blockade of that country, and it sent its prime minister. It is the highest-level representation of Qatar in Saudi Arabia since Riyadh and allies launched the blockade on June 5, 2017. Under pressure from the Trump administration, Saudi Arabia has begun trying to repair the rift, with the aim of presenting a common front on Iran.

Nobody wanted to stand up for the Houthis, a Yemeni militia whose supporters hail from the Zaydi Shiite branch of Islam and who stand accused of receiving some Iranian aid. But aside from that, the Saudis could not get consensus.

“Upon their arrival at the airport in Saudi Arabia, leaders were shown Yemeni rebel military items, such as a destroyed drone, missiles and mortar shells used in the conflict with the Saudis. They were given a brief explanation of the weapons on display by Col. Turki al-Maliki, spokesman for the Saudi-led coalition at war in Yemen.”

The joint communique issued at the close of the conference in the middle of the night on their Friday condemned the Houthi militia for “destructive actions” undertaken in Saudi Arabia and on the shores of the United Arab Emirates. It also blamed Iran for the ballistic missiles launched from Yemen against Saudi targets, and for its alleged continued support of the Houthi rebels in Yemen.

Iraq expressed reservations on this score, with foreign minister Barham Salih of Iraq saying that this country could not join in a condemnation of a neighbor with which Iraq shares over a thousand miles of border and has important other relations. Iraq’s government is dominated by Shiites who mostly have good relations with Shiite Iran.

The communique called for better relations between Iran and the Arab world, but said that they must be erected on a foundation of good-faith dialogue and non-intervention in the internal affairs of other states.

It also condemned Iran for its alleged support of Shiite terrorist organizations in Bahrain and its intervention in Syria. The document seemed to blame the Houthis for sabotage of four tankers in the Gulf earlier this month, and by implication blamed Iran for supporting the Houthis.

Mahmoud Abbas condemned the Kushner ‘deal of the century’ as a scheme to make Palestinians give up their national aspirations for “prosperity” and again underlined that he is not going to the Manama conference.

With Syria and Morocco absent and with Iran and Russia victorious in Syria, the region is deeply polarizad. That it can unite to confront Iran or ensure Palesinians are not screwed over seems a little unlikely.