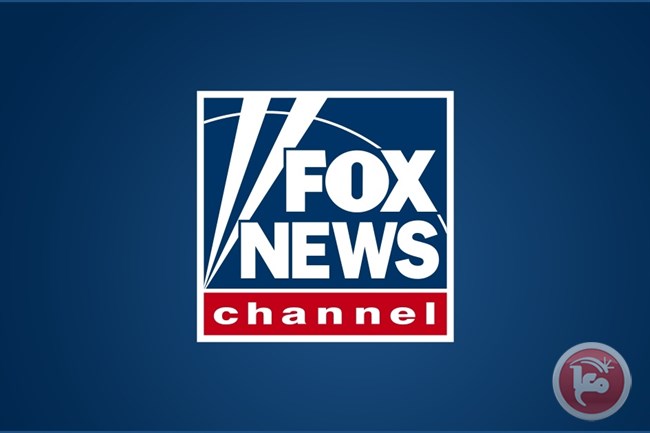 BETHLEHEM (Ma’an) — An American author and Fox News contributor called for Palestine to be “flattened” on Twitter after Israeli warplanes carried out over 300 airstrikes across the Gaza Strip, claiming the lives of 27 Palestinians, including an infant and a toddler at the beginning of May. Last week, Janie Johnson, posted a tweet on her personal Twitter account, in which she advocated for the complete destruction of Palestine and genocide of its people, suggesting no one “would miss it.”

Johnson’s tweet that has since been deleted, read, “Can we flatten Palestine already? Who would miss it?”The story continues below…Johnson was responding to a tweet by an Israeli journalist, who was describing how “fearful” the situation was during the escalation between Israel and the Palestinian factions in Gaza. 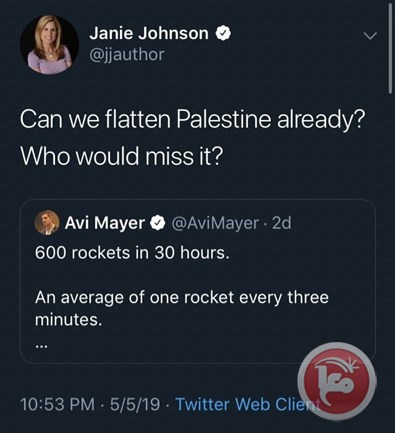 Although Johnson removed the tweet, social media users condemned her genocidal rhetoric, with many mentioning they reported it on Twitter.One social media user posted, “What type of person do you have to be to straight up advocate for genocide?,” while another wrote,

“Fox News contributor deleted this tweet calling for literal genocide.”Another user responded, “Ms. Johnson, with her 208K followers, calls for genocide against the defenseless Palestinians. It is deeply disappointing how well hate and racism sells in America.”

Fox News has not yet commented on the matter.Johnson’s tweet came after Israeli warplanes carried out 340 airstrikes across the besieged Gaza Strip, killing a total of 27 Palestinians, including a four-month-old infant, 14-month-old toddler, and two pregnant mothers, and at least 154 others were injured, while the Hamas movement launched over 600 rockets into southern Israel.