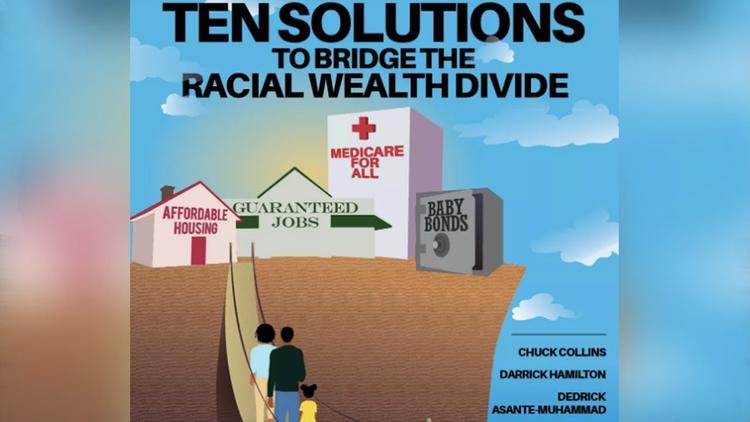 ( Inequality.org) – It’s not individual behavior that drives the racial wealth divide — it’s a system that many folks pretend doesn’t exist.

I don’t get that much hate mail — except when I write about race.

To fix it, we proposed new public programs, changes to the tax code, and a commission to study reparations for slavery, among other things.

The floodgates opened. My inbox, along with many comment sections at news outlets and on social media, overflowed with angry objections. Most of these blamed the wealth divide on poor individual decision making by people of color.

Are black families 41 times worse at decision making than white families? No — that’s a racist falsehood.

In fact, here are the three most common racist falsehoods I heard about the wealth divide — with data to explain why they’re wrong. Feel free to bust this out at your next family get-together.

Falsehood No. 1: Black and Latinx families have less money because they’re led by single parents.

Nope. A 2017 study from Demos and the Institute on Assets and Social Policy showed that single-parent white families have twice as much wealth as two-parent black and Latinx families.

In other words, raising kids in a two-parent household doesn’t close the racial wealth divide.

Falsehood No. 2: Black people are poor because they’re less educated.

Hard no. A 2015 study titled “Umbrellas Don’t Make It Rain” found that black families led by college graduates “have about 33 percent less wealth than white families whose heads dropped out of high school.”

Falsehood No.3: Black people don’t work or are bad with money.

In other words, not even income alone can close the racial wealth divide.

So if these arguments are all false, what’s really going on here?

The simplest answer is a history of oppression and inherited advantage. The impacts of slavery, sharecropping, Jim Crow, white capping, red lining, mass incarceration, and predatory subprime lending, among many other things, are still very much with us.

Many white children, by contrast, start life with a more robust safety net of family wealth. It may be as small as getting a few hundred bucks from their parents when they really need it, or as big as a few hundred thousand for things like college, weddings, or their first home.

Addressing these problems is a lot harder than blaming oppressed people for their hardship. But if we’re going to address racial disparities in this country, we must heed James Baldwin’s challenge that “nothing can be changed until it is faced.”

It’s not individual behavior that drives the racial wealth divide — it’s a system that many folks pretend doesn’t exist.

The Real News Network: “How Bridging the Racial Wealth Divide Will Help All Americans”