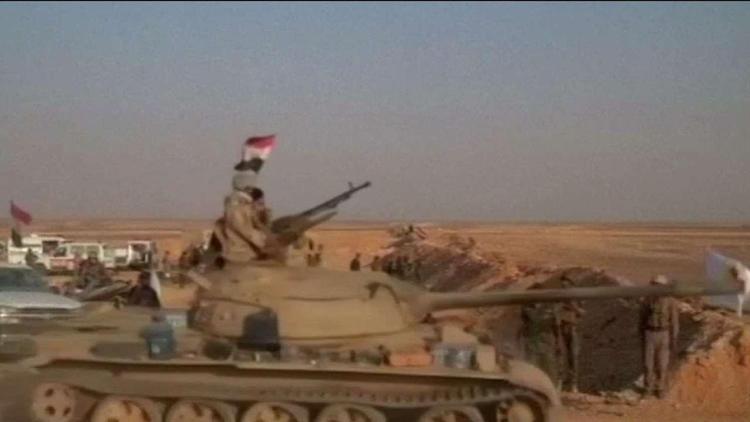 Ann Arbor (Informed Comment) – Iran’s clerical Leader, Ali Khamenei threw cold water on the idea of a miitary conflict between Iran and the US. Khamenei thus proved himself more mature than US warmongers such as National Security adviser John Bolton. The latter has plumped for a strike on Iran so stridently that he has allegedly even angered Trump.

Khamenei’s lead has been followed by the new head of the Iranian Revolutionary Guards Corps (IRGC), Maj. Gen. Hossein Salami, who also underlined that Iran does not want military conflict with the United States. Salami ungraciously slammed the US, saying it does not have the will to defend itself. All global south dictators think they can take on the US and hide in their nativist fundamentals.

Then the US side defused some tensions by reporting that Iran had brought its little boats back to shore that the US maintained had missiles (i.e. rockets) on them. Iran does not have a navy to speak of and those little boats can’t carry a missile system.

As for Bolton’s and Pompeo’s heated rhetoric about Iran having contingency plans to attack US troops if it feels threatened, all countries behave that way. The US government itself archives hundreds of war plans that target most of the countries in the world. It isn’t a cause for alarm unless you think it the plans are on the verge of being implemented. They aren’t, whatever Bolton’s mustache may say to the contrrary.

Tensions have climbed down somewhat this weekend, but it is largely because of two big reasons.

One is that having shown poor judgment in appointing the crazed Bolton to high office, sort of as though he had placed a hungry hyena in a kindergarten, Trump was finally forced to pull back his animal or risk disaffection from his own, isolationist, base. You can’t tell working class people Washington is spending all its money not on their country but abroad for several years and then spend all their money on chasing the chimera of Iran. Trump’s reining in of Bolton shows his bad judgment in putting him there in the first place and allowing himself to be upstaged.

The other is that Iran’s Leader Ali Khamenei said that there won’t be war.

It is ironic that it should be the erratic and hotheaded Trump who ratcheted down tensions, and equally ironic that hard liners in Iran like Khamenei and Salami refused to take the bait and quietened the situation inside Iran.

But it should be remembered that after Iran mothballed 80% of its civilian nuclear enrichment program in exchange for sanctions relief, and after it adhered to the terms of their agreement, Tramp breached the deal and imposed the severest sanctions ever seen in history on Iran. That is, Iran gave up its only guarantee against a massive US military attack by vastly reducing its breakout capacity, so making itself helpless before an aggressive US that had invaded both Iran’s neighbors.

Then the US branded the Iranian national guard the IRGC, a terrorist organization. This step is ridiculous since terrorist groups are non-state actors.

The step itself put the US and Iran on a war footing, and it was entirely Washington’s doing. Iran is in compliance with the 2015 deal and France, Russia, China, and Britain are all still committed to it.

If Iran started making contingency plans for being attacked, you could hardly blame them in Bolton’s hothouse world of saber-rattling. And then those very plans were made the basis for further accusations by Bolton and by Secretary of State Mike “the Rapture is Coming” Pompeo.

It was a self-fulfilling prophecy that Khamenei shot down, with some help from an exasperated Trump.