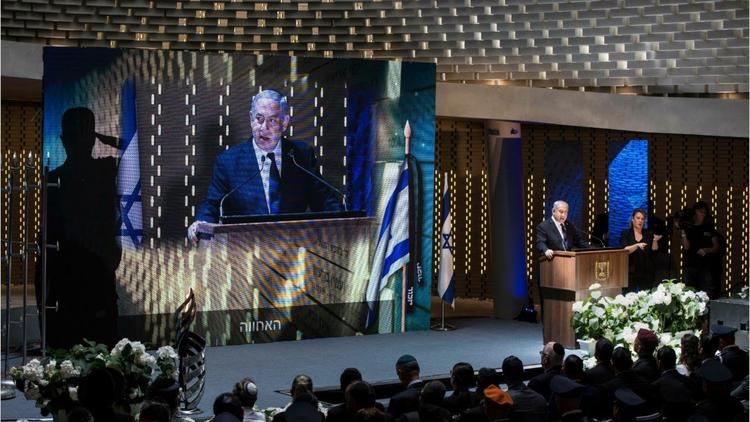 Although neither the United States nor Iran want war, tensions and along with them the likelihood of conflict-triggering miscalculations and accidents, have been running high since the Trump administration designated the Islamic Revolutionary Guards Corps (IRGC) a terrorist organisation and revoked sanctions waivers for buyers of Iranian oil. On 24 May, the Pentagon confirmed US plans to dispatch an extra 1,500 troops to the Middle East to counter “the ongoing threat posed by Iranian forces, including the IRGC and its proxies,” according to the Acting Defense Secretary Patrick Shanahan.

What makes the situation even more hazardous is lack of proper communication between the two sides and a strong desire on the part of Washington’s regional allies for such a confrontation. Given the lobbying campaigns of Saudi Arabia, the United Arab Emirates and Israel for a more aggressive American policy towards the Islamic Republic, there is a growing consensus among Iran watchers that these allies are working to drag the United States into a military conflict with Iran. It is no wonder the Trump administration is citing a national security “emergency” to bypass the Congress and sell billions of dollars worth of weaponry to Saudi Arabia and the UAE.

For various psycho-political and historical reasons, the US “maximum pressure” policy against Tehran is unlikely to change its foreign policy. Yet US allies in the geographical proximity of Iran will not go unscathed if a conflict does break out and develops into a full-fledged war.

The threat of massive retaliation has already served as a deterrent against military action, but what form might it take if war becomes a reality?

Iran will arguably try to maximise the costs of military intervention for the US, as Iranian officials have made clear, but the scope and scale of its response will ultimately depend on the scale and efficacy of the potential offensive.

Is the conflict between Iran and America a play?

As a first step, Tehran is expected to directly target US military assets, such as the aircraft carriers and warships deployed in the Arabian Gulf, without engaging Saudi Arabia or other US allies in its vicinity. On 25 May, a day after the Pentagon’s confirmation of plans for troop surge in the Middle East, Morteza Ghorbani, a senior advisor to the Commander-in-Chief of the Revolutionary Guards Hossein Salami, warned that in the event of armed confrontation, IRGC will sink US aircraft carriers with missiles or “new top-secret weapons”.

Yet, once initiated, a military conflict is unlikely to remain limited to an exclusively Iranian-American exchange of fire for a number of reasons. If anything, the mysterious sabotage assaults on Saudi and Emirati tanker ships in the Arabian Gulf, carried out with explosive charges and widely attributed to the IRGC or its proxies, were meant to send a “costly signal” that Iran’s pro-US neighbours could easily fall prey to any escalation of tensions.

“Both Saudi Arabia and the United Arab Emirates have played a significant role in trying to bring Iran’s crude exports down to zero, so their tankers and oil pipelines were targeted,” a Tehran-based intelligence analyst affiliated with the Revolutionary Guards told MEMO, referring to the Houthi drone attacks against the Aramco East-West pipeline and oil stations in Saudi Arabia on 14 May.

The high likelihood of conflict expansion is partly due to the fact that US-allied Gulf Arab states host American military bases and forces, which will become natural targets if they are used, directly or indirectly, to carry out strikes against positions on the Iranian territory.

“Iran will undoubtedly show no mercy to any of them if war erupts, but that is going to follow a process too: Tehran will wait for a ship or fighter jet or missile to pass through their territory or airspace so it can take the development as an unmistakable instance of hostile collaboration and therefore target the collaborating state legitimately,” the IRGC-affiliated intelligence analyst explained.

But this is not the only reason why an Iranian-American conflagration will likely spread into the wider area and affect US regional allies as well. Absent a powerful air force as a consequence of long-standing isolation and international sanctions, Iran has mastered the art of irregular warfare and developed a military strategy that emphasises asymmetric fighting against a supposedly superior enemy. Since its best strengths lie in such methods of warfare, Tehran will resort to the kind of retaliation where its chances of inflicting damage are best, and this likely means dragging neighbouring states into the fight.

The same course of action can also be taken if a possible limited conflict degenerates into an all-out war and Iran comes to feel desperate in the face of a much more powerful and conventionally superior aggressor. Tehran is expected, in the case of that scenario, to respond indiscriminately as it did at some point during the Iran-Iraq War when Iranians targeted officially noncombatant assets such as Kuwaiti and Saudi ships during the “tanker war” phase of the Iran-Iraq War from 1984 onwards.

Probably it is in the anticipation of such scenarios and engagements that Israeli Prime Minister Benjamin Netanyahu recently cautioned at a special meeting with intelligence chiefs and military commanders that Israel would make every effort to steer clear of the intensifying tensions in the Arabian Gulf and avoid interfering directly in the situation.

The fact is that an Iranian-American military conflict is unlikely to remain limited to Iran and the United States only and entail no cost or consequence for the US allies in the Middle East, particularly if it escalates into an obviously uneven war. After all, the assumption of large-scale regional destruction has arguably deterred military action so far and will be among Iran’s few strategic advantages if a war does come to pass.