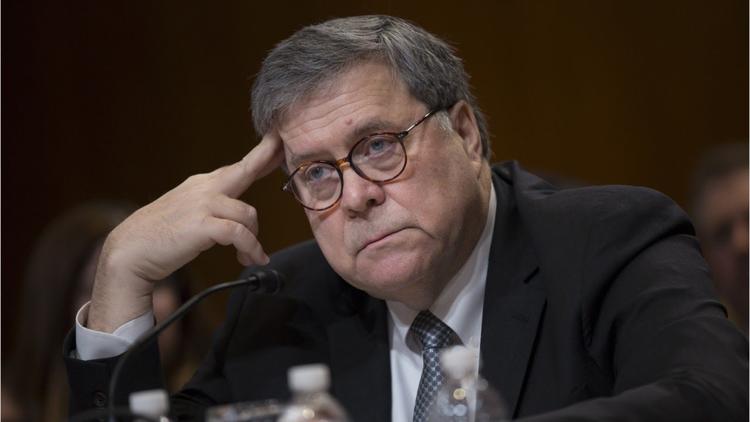 The letter was private but someone just leaked it to WaPo. Mueller’s team had been very professional and avoided leaks, but some had also told journalists after Barr’s memo that they felt it misrepresented the Mueller report and they were angry about Barr sidelining all their work.

The WaPo journalists note, “In his memo to Congress, Barr also said that Mueller had not reached a conclusion about whether Trump had tried to obstruct justice, but that Barr reviewed the evidence and found it insufficient to support such a charge.”

This assertion by Barr seems to have been what ticked Mueller off.

Mueller said, “The summary letter the Department sent to Congress and released to the public late in the afternoon of March 24 did not fully capture the context, nature, and substance of this office’s work and conclusions . . . There is now public confusion about critical aspects of the results of our investigation. This threatens to undermine a central purpose for which the Department appointed the Special Counsel: to assure full public confidence in the outcome of the investigations.”

Mueller wanted the executive summary of his report released immediately, despite the possible need for some of it to be redacted lest it reveal sources or methods. Mueller said in his angry letter to Barr, that making the redactions “need not delay release of the enclosed materials. Release at this time would alleviate the misunderstandings that have arisen and would answer congressional and public questions about the nature and outcome of our investigation.”

Mueller said he was concerned that media coverage of the obstruction investigation was misguided and creating public misunderstandings about the office’s work, according to Justice Department officials. Mueller did not express similar concerns about the public discussion of the investigation of Russia’s election interference, the officials said.

Barrett and Zapotosky say that after Barr got the letter, he and Mueller had a 15-minute conversation in which Mueller complained again that Barr’s letter muddied the water on the obstruction charge against Trump. They remark that according to their sources, Mueller did not remonstrate with Barr over Russia collusion.

Collusion is not technically a crime under US law, and Mueller could not easily have set up a prosecution of Trump for it, despite the dozens of Russia connections he discovered.

Mueller’s vehemence that Barr not disregard the possibility that Trump committed obstruction shows exactly what is on his mind.

Mueller’s team also felt that Barr downplayed the obstruction angle, which angered them.

One thing that may be at issue between the two men is Barr’s position that you can’t commit obstruction if there has been no underlying crime. This is a minority view among legal experts, and most hold that you don’t need actually to have committed a crime to be guilty of obstruction if you try to sideline an investigation.

When testifying before Congress, Barr was asked if he knew Mueller and what the latter thought of Barr’s summary. He pleaded ignorance, which we now know is a falsehood. Harvard law professor Lawrence Tribe wonders whether the lie makes Barr himself eligible for impeachment.

AG Barr seriously misled the U.S. Senate on April 10 when he said under oath that he “didn’t know” whether Mueller agreed with his summary of what the Mueller report concluded. The truth? Mueller had written to Barr two weeks earlier saying he definitely didn’t agree.

Mueller’s report has 10 key instances of potential obstruction by Trump, which Mueller apparently wanted to see Barr underline in some way.