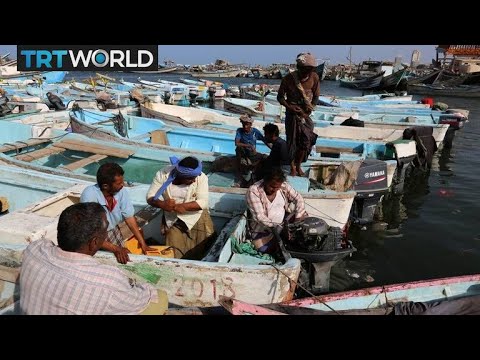 Is Saudi Arabia losing its military campaign in Yemen despite being the stronger party enjoying the support of its many allies? The Saudi-led coalition includes countries like Egypt, Bahrain, Kuwait, the United Arab Emirates, Sudan, Jordan and Morocco, as well as Qatar before it fell out with Riyadh. Major countries like France and Italy help by providing arms while the US supplies arms, intelligence and technical assistance such as in-flight refuelling, although this was suspended recently.

The coalition is fighting a loose cluster of groups headed by the disciplined and battle-hardened Houthi rebels who are, allegedly, supported by Iran. It is a very asymmetrical conflict.

However, despite its military strength, available firepower and air supremacy, Saudi Arabia is actually losing the war. To understand this seemingly paradoxical analysis, we have to ask two important questions: what goals did Mohammad Bin Salman, Saudi Arabia’s Crown Prince and de facto ruler, set for his war in Yemen; and is it possible to lose the war despite winning the battle?

Bin Salman entered the conflict in Yemen just when it had boiled over into a full-fledged war in March 2015; he had two stated aims. First he claimed that he was only upholding international law by providing help for the internationally-recognised government of Abdrabbuh Mansur Hadi to be reinstalled in Yemen. Hadi’s government was chased out of Saana, the capital, and then from Yemen altogether by the Houthi rebels who are accused of being Iranian proxies. Bin Salman also accused Iran of supporting the Houthis only to gain a foothold on the Kingdom’s southern border from where, according to the Saudi narrative, Tehran aims to stage further destabilising activities, particularly among the Shia minorities in Saudi Arabia itself and beyond. From day one, the Saudi media has been trying very hard to portray this as a Sunni-Shia conflict rather than regional rivalry between Riyadh and Tehran.

In March this year the war entered its fourth year with very little to show in terms of achievements apart from the atrocities that the Saudis and their allies have committed in Yemen. Hadi’s government is still in exile in Riyadh; the Houthis are resisting the Saudi campaign; and, amazingly, the rebels are still receiving all sorts of supplies from external sources, including Iran.

It is worth recalling that the Saudi-led coalition launched so-called “Operation Decisive Storm” and achieved full superiority in Yemeni airspace; it also imposed a blockade on Yemen’s ports. Effectively, therefore, Yemen has been under siege for four years yet the rebels are still getting whatever they need, including drones which, it is presumed, are supplied by Iran. This can only be explained by the failure of the blockade, despite the technical assistance that the coalition is receiving. A failure of such magnitude means losing the war even when you are still stronger in the daily battles.

Another sign that Riyadh is losing the war is the fact that the Houthi rebels have managed to fire missiles into Saudi Arabia. They have thus moved the war inside Saudi territory despite being the weaker party. The Saudis accuse Iran of supplying these missiles, but how is this possible if the coalition is really controlling Yemeni airspace and territorial waters? Is this not a major failure?

The strongest indication of this came on 14 May when the Houthis used drones to attack two oil pumping stations deep inside Saudi Arabia. This was just a day after Riyadh said that two of the country’s oil tankers were “sabotaged” off the UAE coast. Again, the Saudis are pushing the narrative that Iranian proxies were behind the attack on the ships.

The drone attacks might have been limited in scope but they are another sign that Saudi Arabia not only miscalculated its enemy’s capabilities but also failed to see how destructive the war could be for its own economy. Oil exports are the main revenue source for the Saudi government; they may not have been affected on this occasion but the Houthis have shown that they can launch precision attacks that can hurt.

Furthermore, wars can be lost simply because they drag on too long and become open-ended conflicts in which the original objectives are all but forgotten. In such cases, ending them is the wise thing to do. Many western governments who sided with Bin Salman in the beginning have been calling on him to end the Yemeni quagmire. French Foreign Minister Jean-Yves Le Drian said on 28 May that the “dirty war” in Yemen must end, and international rights groups as well as UN officials have voiced their concerns about the mounting civilian casualties, of whom nearly two million are now internally displaced.

If Bin Salman did not achieve his victory in Yemen in four years he is unlikely to do so now that his enemy has become so battle-hardened. If the war was launched to uphold international law, as the Crown Prince would like the world to believe, it has so far done more harm than good; Yemen has become the world’s worst humanitarian crisis.

Can the Saudis accept that the war is lost, allowing Bin Salman to change his strategy and win the peace? His record to-date suggests that this is unlikely. He wants to silence his noisy neighbours, just as he wants to silence domestic opposition, even if it means resorting to murder as he did with the late Jamal Khashoggi.

No matter what he does, Bin Salman has lost the war even if he still has the upper hand militarily. The economic cost of the conflict will outweigh any benefits the he might gain from the mess in which he has embroiled his country and allies in Yemen. Sadly though, unsuccessful leaders are usually very slow in accepting reality.