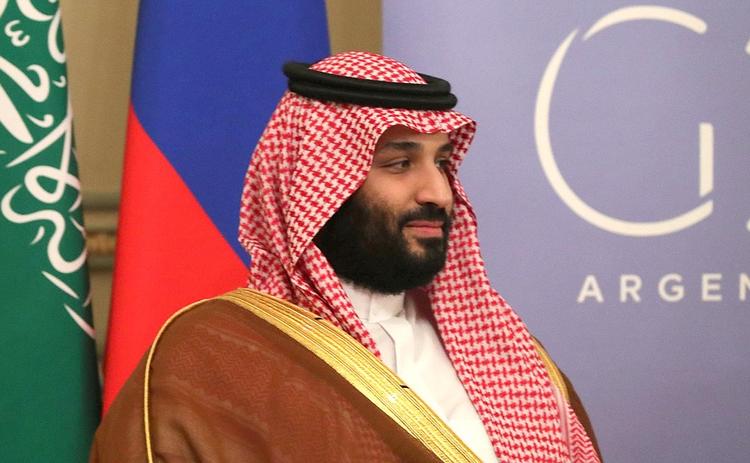 A Saudi newspaper owned by one of the king’s sons has called for military strikes on Iran, as world leaders plea for de-escalation of tension in the region.

Iran “must be hit hard” said Arab News in an editorial published yesterday urging the US to not allow Iran’s actions “go unpunished”. The paper insists that “the next logical step should be surgical strikes” and pointed out that the US had “set a precedent” with its strike on Syria following Bashar Al-Assad’s alleged use of sarin gas against his people. The paper claims that US President Donald Trump’s decision to strike Syria had “a telling effect”.

Accusing Iran of Tuesday’s attack on Saudi oil-pumping stations and on oil tankers off the coast of Fujairah in the UAE two days earlier, the paper advocated “decisive, punitive reaction to what happened so that Iran knows that every single move they make will have consequences”.

The article lauds Saudi Arabia’s long-held anti-Iran stance insisting that “Riyadh has constantly warned world leaders of the dangers that Iran poses” and that former President Barack Obama, who led the Europeans, Russia and China to sign the 2015 nuclear treaty, did not realise this fact. Trump, goaded by the Saudis and the Israelis but against the advice of everyone else, unilaterally withdrew from the deal last year and imposed fresh sanctions that have devastated Iran’s economy.

The late King Abdullah Bin Abdulaziz’s instruction to the US to “cut off the head of the snake”, in reference Iran, was cited to encourage Trump to strike the Islamic Republic. It also referred to comments made by Crown Prince Mohammed Bin Salman about Iran’s supreme leader Ayatollah Ali Khamenei who he described as the “new Hitler of the Middle East.” It said “appeasement does not work with the Iranian regime, just as it did not work with Hitler.”

The paper’s bellicose tone was also on display on its Twitter account where it is running a poll about a possible scenario should war erupt. It asked it followers: “Should a war erupt against Iran, is Qatar likely to side with Tehran or with Saudi Arabia and its allies?”

Arab News’ appeal for Trump to go to war with Iran comes amid fears that tensions in the region are spiralling out of control. In addition to the attack on the tankers and pipeline, reports also emerged of the Trump administration’s plans to send up to 120,000 troops to the Middle East. Last week the US deployed carrier bombers and other military assets to the region, citing what it claimed were Iran’s “escalatory actions”.

In contrast to the Saudis, European leaders, who appear to be losing patience with their US ally, voiced their concerns over America’s escalation of tension. “We are very worried about the risk of a conflict happening by accident, with an escalation that is unintended really on either side,” British Foreign Secretary Jeremy Hunt said as he arrived at a meeting in Brussels with his French and German counterparts and the EU foreign policy chief two days ago.

Analysts have also denounced what has been described as Riyadh “egging on the US to strike Iran”. Aaron David Miller an American Middle East analyst said on Twitter: “Saudi paper close to MBS urges US surgical strikes against Iran. Last thing America should be doing is allowing the Saudis or for that matter the Israelis to drag us into a war with Iran. Our agendas aren’t identical.”

Others criticised the paper’s stance: “Highly concerning tone from local #Saudi English-language newspaper. Everyone seems to want war, until they actually get it. Journalists should be the first to know the power and danger of their rhetoric. Do better, Arab News.”