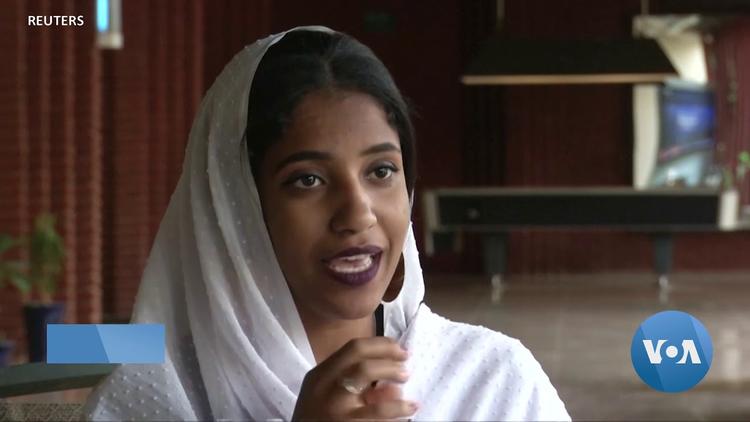 (OpenDemcocracy) – With women leading revolutions in Sudan and Algeria, it is natural to wonder again, will Arab uprisings be finished by women?

In his famous essay, ‘Algeria Unveiled’, Frantz Fanon (1959, p. 35) writes: ‘The way people clothe themselves, together with the traditions of dress and finery that custom implies, constitutes the most distinctive form of a society’s uniqueness’. Protesting former President Abdelaziz Bouteflika’s absurd bid for a fifth term, Algerians flooded the streets angrily – yet peacefully, asking for political change.

On 1 March 2019, the female militant, Djamila Bouhired, joined the Algerian masses and marched for freedom in full solidarity with their demands. Received by roses and tears, the ‘living martyr of the Algerian Revolution’ fought another ‘Battle of Algiers’. The following week, on the International Day of Women, Bouhired was joined by other heroines, such as Zohra Drif. Together, the women of Algeria proudly exhibited their algerianness by wearing the traditional Maghrebi veils, the Haik and Ajar. Whereas the Haik is the traditional Maghrebi (mainly Algerian and Tunisian) white garment that covers the body, the Ajar is similar to the Niqab, it is the traditional Algerian face veil. The powerful images of the recent protests in Algeria take us back to the Algerian Revolution of 1954, and the instrumentalization of veiling and concealment.

In ‘Algeria Unveiled’, Fanon designates the veil as an important instrument of resisting colonial hegemony. Equating the female body with the land, Fanon asserts that unveiling an Algerian woman is synonymous with prostituting Algeria: ‘Every veil that fell, every body that became liberated from the traditional embrace of the Haik, every face that offered itself to the bold and impatient glance of the occupier, was a negative expression of the fact that Algeria was beginning to deny herself and was accepting the rape of the colonizer’ (1959, p. 42). Was unveiling a form of torture against Algerian women? Yes! The French occupation systematically targeted the veil as a remnant of pre-colonial culture and worked on its eradication.

Many Algerian women, mainly from rural areas, were forced to unveil themselves and pose for the colonizer’s cameras. In a poignant abuse of power, the camera was an instrument of humiliation and subjugation of women: who were ashamed to even admit what had happened to them. In many of the photographs, the women’s gaze at the camera reflects their horror, helplessness and a silent reproach, as they hold on tightly to the veils draped on their shoulders and chests. The camera was therefore an apparatus of power; the French soldier’s gaze and the camera’s lens both scrutinize the helpless denuded female body.

In his essay, Fanon underscored his belief that the colonial quest to unveil the women of Algeria represented an attempt to destroy Algerian society. As women are its pillars, detaching them from their cultural and religious heritage would ultimately undermine it and make it easier to conquer. In Gillo Pontecorvo’s La Bataille D’Alger (1966), however, we see combatants using both veiling and unveiling to manipulate enemy surveillance. The veil – which conceals by its very definition – creates a barrier between the soldiers’ gaze and the female body, rendering it un-inspectable.

The unveiling of female militants marked the climax of the film. Infuriated by the bombing of the Casbah building by the French Army, female militants perform an entire ritual of transformation: where they cut off their long beards, dye their hair, wear makeup and dress in European minidresses, taking off their veils to pass checkpoints without raising suspicions. At the checkpoints, soldiers oppress innocent Algerians and humiliate them by either beating them or arresting them for reasons as futile as not having an identity card on them.

On the other hand, they allow ladies who are not veiled to pass, sometimes even exchanging a few kind words or flirting with them. One female militant is shown telling a soldier that she is going to the beach and expresses her interest in him accompanying her. Unlike Fanon’s suggestion, Algerian women did not let go of any principles, be they religious or cultural, but used garments as a means of camouflage. Unveiling was therefore used willingly and strategically to subvert colonial gaze and resist occupation. In fact, many female militants, such as Bouhired and Drif, never chose to be veiled even after independence. They are still hailed as heroines and icons of the Algerian Revolution. The final scene of unveiling in La Bataille D’Alger is after independence: as we see women and men celebrating in the streets, and women festively taking off their veils, celebrating the departure of the foreigner. I would therefore argue that choosing to veil in traditional garments during the 2019 protests carries a silent warning: no foreign intervention is welcome!

Evidently, the veil’s symbolism has undergone several shifts, from an Abrahamic practice of modesty to a politicized form of asserting identity. In the west, many Muslim women hold on to their veils to flaunt their Islamic identity and challenge media discourses loaded with narratives of oppression or violence. The Hijab has often been used by Muslim women throughout the western world to assert pride and belonging: as Marnia Lazreg (2009, p. 54) notes, it has been ‘an increasingly attractive method for women from Muslim communities in Europe and North America to display pride in their culture’. Moreover, in some Muslim societies, the veil can even be instrumentalized as a boundary that separates the self from the other, the private from the public and the permissible from the forbidden. In fact, in countries like Saudi Arabia and Iran, for example, where the veil is compulsory by law, women have been struggling to assert their individual choices. The extreme obsession with veiling in Saudi Arabia is best exemplified in a tragedy during which fifteen girls were reported dead after a fire eruption in a school in Mecca in 2002. A father of one of the girls reported that the school watchmen refused to let the girls out because they were not covered properly. The Commission of the Provision of Virtue and Prevention of Vice in Saudi Arabia can safely be described as religious police which, among many things, is tasked with the control of women’s proper veiling.

Utilising the veil to assert algerianness represented a soft discourse of power, aimed at putting off unwanted, unwelcome foreign intervention. Oscillating between being victims of masculine authority or harbingers of terror, veiled women in the west often struggle with stereotypes. This politicized perception of the Islamic veil is relatively new and has developed since 9/11. Before then, it was given a more exotic symbolism; it was regarded as a coy invitation to peel away the barrier and reveal what it conceals, as in Orientalist paintings such as those of Eugène Delacroix.

As many women decided to go out into Haik and Ajar during the Algerian protests, one is forced to wonder: are Algerian women still resisting surveillance through veiling? Whereas many decided to cover their faces with Ajar or the Algerian flag to evade patriarchal surveillance, many others have used it as a subversive way to symbolize authentic Algerianness. The Algerian activist and painter, Souad Douibi, for example, shrouded herself in a long veil covered with her own Arabic transcriptions of ‘freedom’: a look that evokes Shirin Neshat’s series of portraits ‘Women of Allah’. Here, the veil renders the word ‘freedom’ more prominent than either Souad or any individual features; we see a woman asking for freedom or, more powerful still, a woman proclaiming her freedom.

If we compare the symbolism of the veil during the colonial era and the contemporary one, we instantly notice its shift from a seemingly exotic garment from the ‘Orient’ to western representations of it as a menacing symbol of violence and terrorism. Over-using the veil’s symbolism during the protests in Algeria was simply another way of emphasizing Algerian identity and sending a message to the west to keep out of it. In fact, many protestors held banners brandishing a humorous threat: ‘France and USA, this is a family matter, stay out of it’. Moreover, inscribing the word ‘freedom’ on a garment often branded as ‘oppressive’ in the west was an invitation to deconstruct the veil and read it against cultural stereotypes. Through this oxymoronic amalgam of tensions between freedom and oppression, obedience and disobedience, conformity and rebellion, the veil becomes a way of re-writing identity.

Seeing the veil being used to proclaim algerianness prompted me to reminisce on Mona Eltahawy’s essay ‘Why do they Hate Us: The real war on women in the Middle East’. In this essay, she professed: ‘The Arab uprisings may have been sparked by an Arab man […] but they will be finished by Arab women’. The fight against the current government – referred to by many in Algeria as ‘the mob of thieves’ – continues, despite the resignation of former President, Abdelaziz Bouteflika. While still participating in the protests, women face hardships which are anything but new. On April 3, the idiocy of a man calling for acid attacks against Algerian feminists ‘demanding freedom’ led to his being reported to anti-terrorism authorities in the UK.

This was followed by a poignant moment where female protestors were arrested in Algiers: where they were humiliated and forced to strip out of their underwear by police officers. The officers reportedly ordered ‘all to be removed’: a slogan widely used by Algerian protestors in the aim of toppling the entire regime. This only reminds us of the danger of patriarchal violence lying dormant in Algeria. Yet, we cannot help but marvel at the new lineage of resistance methods used by Algerian women. With women leading revolutions such Alaa Salah in Sudan and Djamila Bouhired in Algeria, it is natural to wonder again, will Arab uprisings be finished by women?