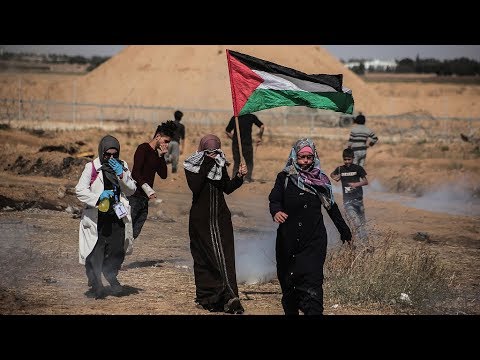 “That is not the path to peace, that is the road to an endless conflict.”

U.S. Ambassador to Israel David Friedman told the New York Times that Israel is “entitled to retain some portion” of the Palestinian territory where Israel has built settlements over the past two decades.

Saeb Erakat, the Palestinians’ chief negotiator, wrote that the Trump administration’s blessing of Israeli’s plan to commit a “war crime” represents “the road to an endless conflict.”

Late Friday, ahead of Friedman’s statement, lawmakers including Sens. Elizabeth Warren (D-Mass.) and Bernie Sanders (I-Vt.) were among the lawmakers who introduced a resolution opposing any Israeli plan to annex parts of the West Bank and demanding a two-state solution that recognizes Palestinians’ right to self-determination.

“Unilateral annexation of portions of the West Bank would jeopardize prospects for a two-state solution, harm Israel’s relationship with its Arab neighbors, threaten Israel’s Jewish and democratic identity, and undermine Israel’s security,” reads the resolution.

“The United States needs to be an honest broker in the Middle East. We need to defend Israel’s right to live in peace and security, while at the same time, end the occupation and protect Palestinians’ right to security and self-determination,” said Sanders. “I am proud to cosponsor this resolution to make clear that a two-state solution based on international law remains the best path to achieving a just and lasting peace, and is firmly in the interest of the United States.”

The resolution won support from the progressive-leaning American Jewish advocacy group J Street, which praised the senators along with the lead sponsor of the resolution, Sen. Jeff Merkley (D-Ore.), for standing up to the Trump administration.

“A two-state solution remains the only viable way to secure Israel’s future as a democratic homeland for the Jewish people and to satisfy the legitimate aspirations of the Palestinian people,” said Dylan Williams, Senior Vice President of Government Affairs at J Street. “It’s absolutely vital that congressional leaders like Sen. Merkley are speaking out in defense of the two-state outcome—and making clear that any unilateral annexation of West Bank territory by the Israeli government would be disastrous for the long-term interests of Israelis, Palestinians, and the United States.”

“This resolution could not be more timely, given that the first stage of the Trump administration’s long-anticipated initiative related to the Israeli-Palestinian conflict—an economic workshop in Bahrain—is now set to take place at the end of June,” J Street added on Twitter.

“It’s unfair the way the Palestinians have described this as a bribe or as an attempt to buy off their national aspirations,” Friedman told the Times.

Erakat tweeted that Friedman’s interview only furthered “the validity of our request” that business leaders decline to attend the meeting.

“Their vision is based on Israel’s right to annexation of the occupied territories, a war crime in accordance with international law,” Erakat said.

This work is licensed under a Creative Commons Attribution-Share Alike 3.0 License. Feel free to republish and share widely.