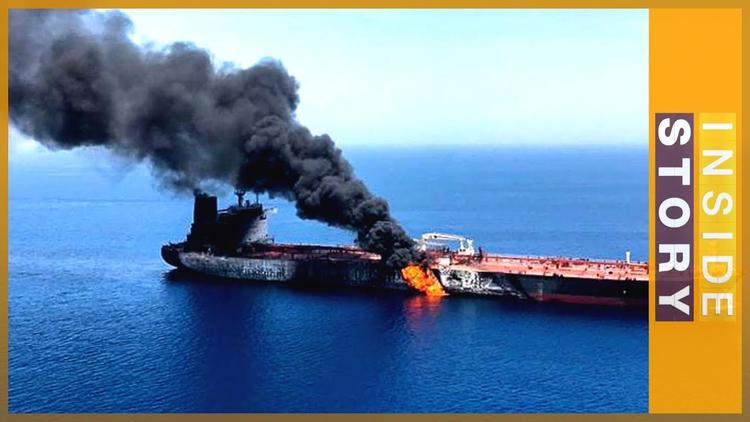 Relations between the Kingdom of Saudi Arabia and the Islamic Republic of Iran have rarely been worse, regarding the attacks on the oil tankers in the Gulf of Oman – for which both sides blame each other. Nevertheless, in the history of relations between the two countries, there have been regular shifts between tension and rapprochement – and things can change for the better once again.

As an Iranian and a Saudi, working as research fellows for peace studies, we believe it is time that our two countries seek to manage the conflict, improve their dialogue and begin the peace building process. And we are hopeful that this could happen.

But how? Peace cannot be achieved overnight; it requires a range of factors to strengthen diplomatic ties and decrease the level of enmity between the two states. First, we suggest both states’ politicians soften the language in their speeches, altering the hostile rhetoric to a more moderate one. This would open new paths towards a direct and constructive dialogue, reducing the tensions that are affecting the two countries, the region and, potentially, the world.

Direct dialogue between the two regional actors could launch negotiations that may lead to more stability in the region. The existing regional turmoil has had a detrimental impact on relations between Saudi Arabia and Iran over Syria, Iraq, Lebanon, Bahrain and Yemen. The [Yemen war], which has caused a [dramatic humanitarian crisis], remains one of the main areas of conflict between Saudi Arabia and Iran, but it also offers ground for talks between the two states.

Both Saudi Arabia and Iran agree that the conflicts in Yemen and Syria can only be ended through the implementation of political, rather than military, solutions. If Saudi Arabia and Iran can take steps toward political compromises in Syria and Yemen, this subsequently will reflect positively on the trust building process.

While Saudi Arabia relies on its strategic Western allies and its ever-increasing military expenditure, Iran, which has been isolated by the US, prefers a more regional approach. Indeed, Saudi Arabia may have to ignore US protests to sit down at the negotiating table with Iran.

But the will for closer ties is, perhaps, there. Indeed, Iran’s foreign minister, Mohammad Javad Zarif, declared on March 13, 2018:

We believe that security of our neighbours is our security and stability within our neighbourhood is our stability. I hope they [Saudi Arabia] have the same feeling and I hope that they come to talks with us for resolving these problems. There is no reason for hostility between Iran and Saudi Arabia. However, we tell the Saudis that you cannot provide security from outside of the region.

Adel Al-Jubeir, the Saudi minister of state for foreign affairs, also recently stated in an interview that his country “does not want war with Iran, but will not tolerate what it considers hostile Iranian activity in the Middle East”.

Suspicions clearly remain, but such pronouncements could be viewed as a pause in hostilities, a turning point that could bring both sides closer together to resolve tensions.

There are also domestic reasons for a reduction in tensions, with both states building strategic plans for the future. Since 2015, Saudi Arabia has embarked on an ambitious socioeconomic plan to diversify the country’s economy by curbing its historic dependency on oil and challenging conservative social constructs and norms by unshackling society from some past constraints. In a state where most of the population is under the age of 30, Vision 2030 serves as a mega project that will lead the country to modernise economically and socially.

The same goes for Iran. The country has adopted a promising strategic plan called the 20-Year National Vision of the Islamic Republic of Iran which has social, economic, and political objectives. But to be successfully implemented, both countries’ strategies will need stable societies and vibrant economies which cannot be attained in a hostile neighbourhood. Integration and cooperation will be essential.

Diplomacy is the solution

It is evident that Saudi Arabia and Iran will benefit more from direct dialogue than hostile rhetoric. Through discussing and working together on domestic, regional and international issues, it is in the interests of both states – and the wider region – to reduce conflict and increase cooperation through diplomatic ties.

The gradual shift from hostile to inclusive rhetoric by politicians is a helpful first step, but it is also necessary for Saudi and Iran to take practical action in their bilateral relationship.

It is expected for states to compete in their sphere of influence, but pragmatism must prevail if both countries want to put an end to their conflicts in the region.

Aljazeera English: “Can tension in the Gulf be contained? | Inside Story”