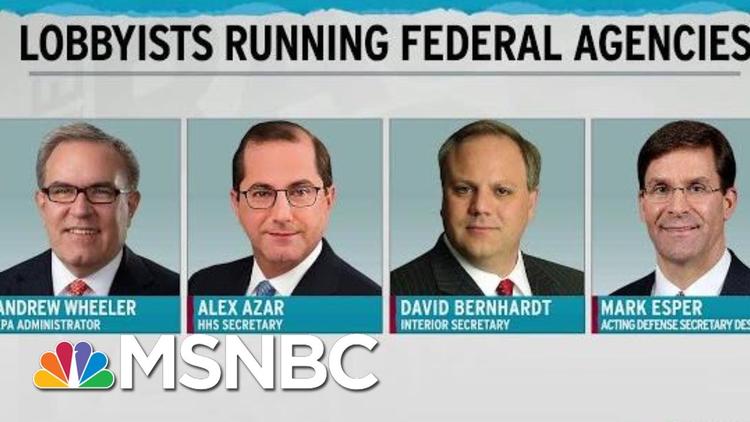 (Informed Comment) – While Trump’s xenophobic and protectionist agenda, thankfully often blocked by the courts, has received the lion’s share of media attention, his henchmen have enacted a whole series of game changing initiatives in the area of federal regulation.

Deregulating such domestic concerns as transportation, occupational health and safety, the environment is hardly new. At least since the Reagan Administration every Republican President has promised to remove regulations. What is unusual if not literally unique about the Trump presidency is the scope of the deregulatory initiatives, the willingness to expand federal power in behalf of its deregulatory agenda, and the explicit, emphasis on profits as the goal of deregulation. One little corner of the regulatory universe illustrates the logic—and the dangers—of the deregulatory agenda. The Department of Transportation’s Federal Railroad Administration has repealed one of the last Obama era regulations still on the book, a requirement that freight and passenger trains have two engineers on each.

Justin Mikulka, DeSmoog Blog reported that freight rail corporations, along with the American Petroleum Institute argued that the companies running the trains are in the best position to assess safety requirements and should be given the flexibility to do so. Worker, safety, and environmental advocates maintain that modern technology makes the engineer’s job more stressful and that fatigue is a major risk factor for long distance shipments, making a second engineer indispensible Freight corporations did concede that in the event of a crash, the second engineer would be helpful. Nonetheless they countered that first responders could fill any vacuum there.

The communities in the path of these potentially lethal “train bombs” are not enthusiastic about this responsibility. They are being charged with an extremely costly response in an era that—compliments of the neoliberal deregulators– places a premium on austerity and small government. As for the rail companies’ interest in a grass roots approach to safety, the fate, usually firing, of employees’ reporting significant safety issues is not reassuring.

Nor should we take seriously the deregulators hostility to big government. Many state and local governments have been worried about the extreme risks embodied by these trains and have enacted their own regulations. Unfortunately the corporate deregulators have asserted the right of federal legislation to preempt state statutes and the courts have reaffirmed this right. An assertion of the right to preempt is a blow not only to this particular policy agenda but to one of the major sources of reform. In federal systems state governments have led to way for reform. Witness the role of California in air and vehicle regulations or Saskatchewan’s contribution to Canadian healthcare.

That these steps will make our rails safer seems very unlikely. On occasion the deregulators make their motives explicit. Mikulk quotes Rep. Bill Shuster, who championed finding ways to “allow the railroad industry to keep more of their profits” at a hearing on pipeline and rail regulations.

Mikulka adds:”With rail companies now comfortably positioned to self-regulate under the Trump administration, the industry can continue its long (and, at times, bloody) history of putting profits over safety.

In effect DOT has made Milton Friedman’s commandment that the central task of corporate leadership is to maximize shareholder value. Public policy scholar Marshall Auerbach and pilot Gregory Travis provide a concise summary of Friedan’s political economy and its implications.

For Milton Friedman “shareholders, being the owners and the main risk-bearing participants, ought therefore to receive the biggest rewards. Profits therefore should be generated first and foremost with a view toward maximizing the interests of shareholders, not the executives or managers who (according to the theory) were spending too much…time worrying about employees, customers, and the community at large. Institutional investors devised solutions to ensure the primacy of enhancing shareholder value, via the advocacy of hostile takeovers, the promotion of massive stock buybacks… (which increased the stock value), higher dividend payouts and, most importantly, the introduction of stock-based pay for top executives in order to align their interests to those of the shareholders. These ideas were influenced by the idea that corporate efficiency and profitability were impinged upon by archaic regulation and unionization…”

When maximizing shareholder value and volatile stock markets are combined, dangerous consequences often follow. Journalists studying Boeing’s disaster have compared a good design that would have avoided with Boeing’s dangerous shortcuts. Lambert Strether of the blog Naked Capitalism reports that the bad 737 design “yielded Boeing a profit margin of 21 percent per aircraft sold. By contrast, a “good” design, which properly incorporated better safety features, yielded a profit of 19 percent per aircraft. That doesn’t sound like that much of a decrease….But it represents a 2 percent reduction in profit margins. When you evaluate that against the fact that the 737 program accounts for nearly half of all of Boeing’s profits and [corporate financial officers] have told Wall Street that they can conjure 1 percent to 1.5 percent annual profit increases, company-wide, the actions undertaken by Boeing’s senior management begin to make sense…. Boeing wouldn’t have met its profit forecasts, which may have affected the stock price.”

What conclusions can we draw from these tales of transit political economy?

A These are not unusual. Deregulation, spurred by and in turn reinforcing a faith in shareholder value drives the urge to open the arctic wildlife regulation to drilling and to build a pipeline to bring the crude to market. On the other end of the petro pipeline deregulatory and shareholder enthusiasm propel the demand to relax fuel economy standards.

B. Talk about big government versus little is misleading. Federal deregulation of freight rail is impossible without federal government restrictions of local initiatives. Police power will also be key to completion of many of these projects, and federal aid will be essential in the likely event of accidents. Boeing would not exist without massive military spending and probably will not survive without some form of federal bailout/

C .Why do congressional committees and high- level civil servants in effect cede their power to corporate leaders? Follow the money. This is not merely a matter of campaign contributions. Money is spent on lobbying and the revolving door creates opportunities for eager deregulators. But more even than these inducements is the disproportionate presence of these corporations in the corporate media. When Exxon and Koch industries can routinely and without challenge portray themselves as friends of the climate something is amiss.

D Ideas matter There was money to be made in the post New Deal welfare state and many grasped those opportunities. But ideas like Friedman’s also energized and gave purpose to a whole generation. Opposing deregulation is necessary but not sufficient. How can markets, government at all levels, and corporations be restructured so that they can respond to evolving community needs?

E One specific example. Environmental and workplace regulation, though necessary, is often not very nimble. How does policy address this limitation without falling into the deregulation pit. One can imagine requiring a safety committee composed of workers, outside experts protected against firing and having access to all production standard. This committee would have the right to stop production.

F. Money can move but plants and factories not so easily. Direct action, including plant and warehouse seizures are an increasing possibility and would reshape the regulatory environment.