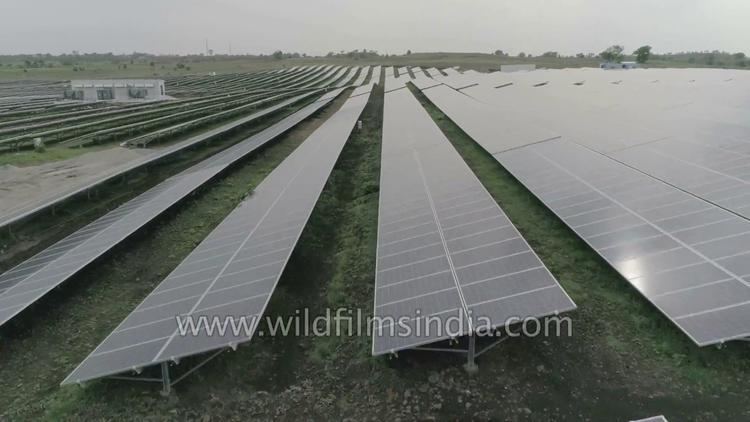 Ann Arbor (Informed Comment) – Solar energy is one of the fastest-growing energy sectors in the world, and has the great advantage of producing no carbon dioxide, a greenhouse gas that is raising the average surface temperature of the earth.

India is now for the first time in history investing more in solar energy than in coal.

There is a simple reason for this. Coal costs roughly 5 cents a kilowatt hour to generate electricity. India just let a bid for 1.2 gigawatts of solar energy and four companies scooped it up at 3.6 cents a kilowatt hour. The only advantage coal and gas had is that the sunk costs of plant construction have already been written off. But in India today, it is actually cheaper to build a new solar park than to go on operating a coal plant.

Over-all, India is now the lowest-cost producer of solar electricity, at about 8.5 cents a kilowatt hour. Solar photovoltaic has been declining annually by about 23% year on year since 2010.

Another 720 gigawatt bid was fulfilled by two companies for 3.86 cents a kilowatt hour.

Moreover, the solar panels, useful as they are for inexpensive energy production, also have other implications.

Indian farmers are hampered by the cost of powering irrigation. They typically depend on monsoon rains (which can turn to destructive floods), or they spend money that they cannot afford on water pumps fueled by diesel.

Solar to the rescue! The company Khethworks is introducing solar-powered irrigation pumps, which avoid the expense and carbon of diesel, and which could greatly increase India’s food supply.

India wants to put in 175 gigawatts of wind and solar energy by 2022, which would equal half of all India’s electricity consumption. New Delhi will likely fall somewhat short in these efforts, but may fulfill 75% of its goals, which itself would be highly impressive.

India might not be able to triple that amount but it will at least double it to 60 gigawatts. From the beginning of time till now, the US has only put in 63 gigawatts of solar, total, and Japan has done 60. For India to catch up to those two countries (#2 and #3 for solar panels) in only two years will be almost a miracle.