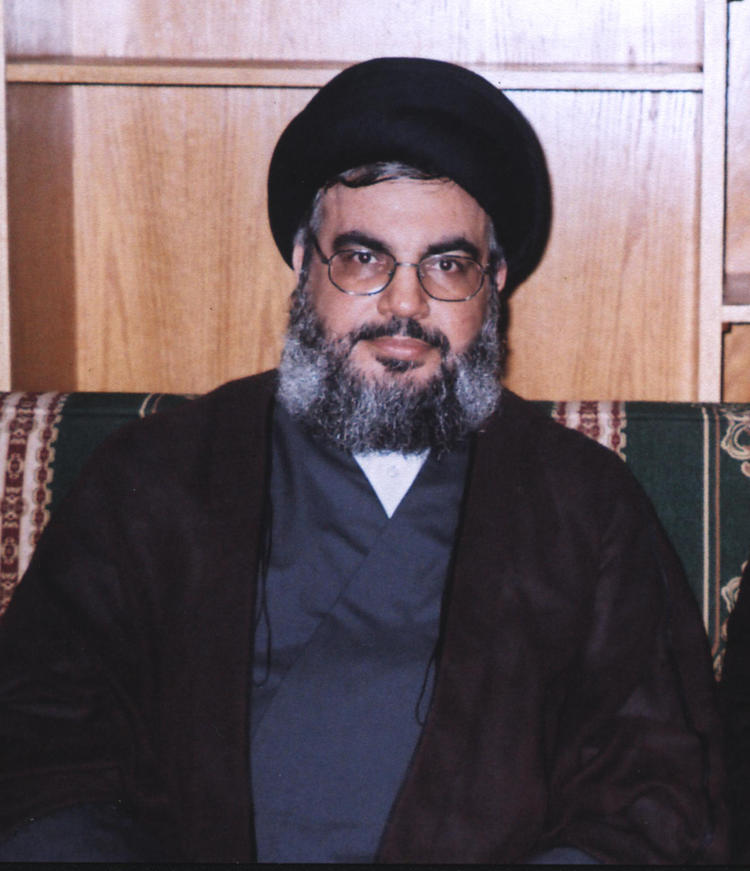 Ann Arbor (Informed Comment) – Hasan Nasrallah, the secretary-general of Hizbullah (Hezbollah), the Lebanese Shiite party-militia, gave a speech Friday in which he raked the Trump administration’s Middle East policy over the coals.

Nasrallah said that the US kept accusing Hizbullah of having factories in Lebanon for the construction of precision rockets. He said his organization has no such facilities, but if the US liked, they were capable of constructing them. He joked that maybe Hizbullah could even export the rockets for profit, given that arms exports are a major world industry (implying that it is the US that spreads death and destruction around through massive arms sales).

Then he addressed the tensions with Iran. He said that “War on Iran will not remain within that country’s borders, rather it will mean that the entire [Middle East] region will be set ablaze. All of the American forces and interests in the region will be wiped out, and with them the conspirators, first among the Israel and the Saudi ruling family.”

He said that all the flash points in the struggle between the Israeli-Saudi axis with Iran would be turned into active fronts.

Asked why he thought US National Security Adviser John Bolton had drawn back from the brink, he answered that first of all, it is explained by Iran’s strength. Second, he said, Trump and his administration know that “the war will not stay within the borders of Iran. What concerns him is that the price of a barrel of petroleum will rise to $200, $300, even $400 a barrel. [Oil has been fluctuating between $60 and $70 a barrel recently.]” That is, he said, “Trump will lose the next election. The priority for Trump is the economic war on Iran, and on China, Venezuela and North Korea.”

Friday was the 40th anniversary of Jerusalem Day, Imam Khomeini’s celebration of the city, the Arab quarters of which have been occupied since 1967.

Nasrallah warned against Jared Kushner’s “deal of a century.’ He called it “The Trump Deal,” and said it was the central challenge in the region today, which must be confronted at all costs, since it forfeits Palestinian and Arab rights. “It is naked and a historic crime, and must be confronted on all levels.” He affirmed that it is perfectly possible to mount resistance against the so-called deal.

He also spoke of resistance in Yemen.