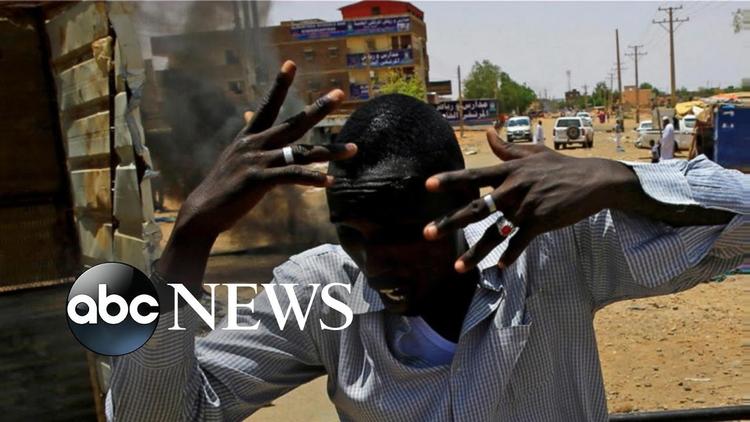 Historians and political scientists who have followed recent events in Sudan closely will point to the irony of the current dispute between the military and protest groups over the definition of, and demand for, civilian rule. In 1999, a well-documented split between former President Omar Al-Bashir and National Assembly Speaker Hassan Al-Turabi emerged over the same question. Turabi insisted that Bashir should resign from the military and become a civilian president; the suggestion prompted the President to put Turabi under house arrest and resulted in a split in Sudan’s Islamic movement. Turabi formed his own political party and spent the years until his death in 2016 in opposition to Bashir’s rule. The question of the right of civilians to rule in Sudan remained unresolved.

In a press conference on Thursday, Transitional Military Council (TMC) spokesman Shams Al-Din Kabashi provided a distinctly different vision of the demands for civilian rule represented by the Declaration of Freedom and Change Forces (DFCF) and the bulk of the Sudanese people. He suggested that it was the army’s right to be in control, and the TMC had already delivered on civilian rule. “There has been a deliberate campaign to distort the term ‘medania’ [civilian rule]; under the agreement, civilians completely control the ruling legislative and ministerial council, so why are people still shouting ‘medania, medania’?” he asked.

His reaction was an indication of how the army views itself and the difficulty it has in removing itself from politics. “We are the only institution truly representative of the nation,” claimed the TMC spokesman. “We would never completely hand over power to an unelected body.” He went on to say that the army rejects any outside interference on matters of national security. Hence, the issue had nothing to do with the protest groups, and any call for an international investigation into the killing of more than 100 people on 3 June was out of the question. According to Kabashi, the army will withdraw when power is handed over to an elected government.

In a combative mood, he then catalogued a series of “insulting and spiteful” comments that the army “had to endure” at the hands of protestors; the protest sit-in, he insisted, was simply an arena to provoke and insult the military. The accusation that soldiers whose lives were lost by in the civil wars in the South and Darfur were not considered by opposition group leaders as “martyrs” seemed to hit a nerve. “They claimed that they were the real martyrs not us,” Kabashi exclaimed with some dismay.

The TMC’s reaction on Thursday was an attempt to appeal to a sense of reason and logic that has long been used to justify the presence of the military in Sudanese politics. Many people in Sudan, particularly the older generation and some diplomats that I have spoken to, refuse to believe that the country can function without a “strong military leadership”. The army itself, while claiming to be “the upholder of the Sudanese revolution”, has stated from the outset that the positions of interior and defence ministers would forever be reserved for army personnel.

Whilst it is fair to say that the military has been remarkably amenable to the wishes of the protest leaders, it is also true that it has done everything possible to maintain the status quo under the veneer of being part of the revolution in support of the Sudanese people. Two months after the removal of Al-Bashir from office, the army continues to repeat the excuse that it is responsible for the security and safety of the average citizen.

For their part, the leaders of the DFCF sensed early into the negotiations that senior army officers were not receptive to the ideas of change. “The TMC is a novice afraid of trying new things,” Khalid Omer of Sudan’s Congress Party explained to me two days before the army moved in to break up the sit-in, killing 100 peaceful protesters in the process. “It is uncertain what democratic change really means. Its people are old school with no idea what we mean when we say that we want freedom and justice.”

Such fundamental differences account for the breakdown in talks despite mediation attempts to broker a peace deal, just as they split supporters of Bashir and Turabi 20 years ago. Turabi claimed that the Sudanese people were ready for democracy and Sudan needed to become a multi-party, civilian, pluralist state. His critics interpreted his rhetoric as a personal bid for power. Today, critics of the protest group leadership see the call for civilian rule as a move to grab power, despite proclamations from the leaders to the contrary.

The DFCF assumption that civilian rule means the entire state apparatus controlled by civilians remains an alien concept in Khartoum’s corridors of power. The call for civilian rule since the army takeover on 11 April continues to fall on deaf ears. However, it now seems clear that either the military must somehow embrace the notion of complete civilian control, even over its own troops and security apparatus, or the protest groups must accept the army’s involvement in politics until the argument for “complete civilian rule” can be understood and eventually won. If neither happens, then an agreement between the two sides will remain almost impossible to achieve.