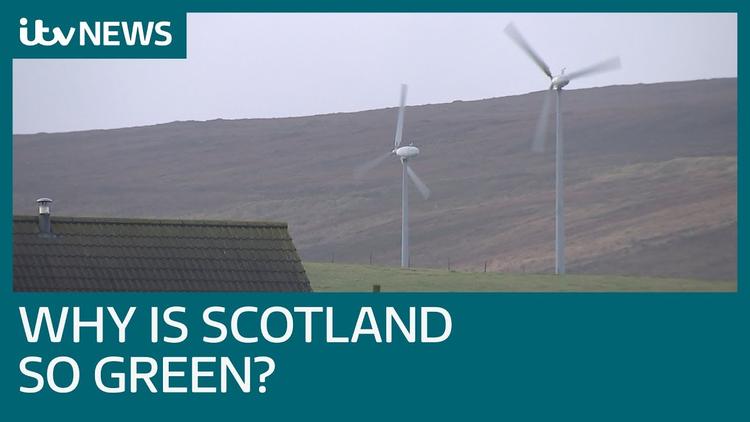 Ann Arbor (Informed Comment) – In the first three months of 2019, Scotland produced 17 percent more electricity from renewables than in the same quarter a year earlier.

In the past year, Scotland added just about a gigawatt of green energy, bringing the country total up to 11.3 gigawatts. One of four countries in the United Kingdom, Scotland’s population is only about 5.5 million. But in the UK as a whole, no one has gone in for renewables as the Scottish have. Its electricity production in this area is so extensive and inexpensive that Scotland has been exporting electricity to 70 other countries, including England.

Wind energy is intermittent, blowing hard at one time and barely turning the turbines at another. Some of this challenge can be smoothed out by new high density electric grids, in which Scotland is investing billions.

ITV News
In the quest to go green, Scotland is way ahead of the rest of the UK, with nearly all electricity produced by wind power.