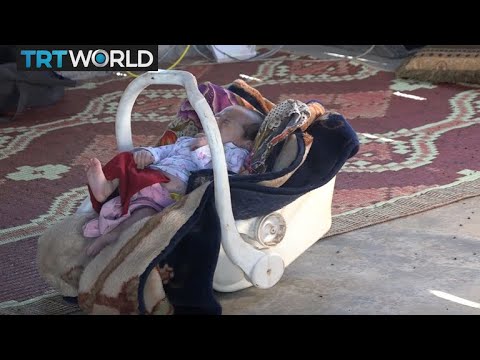 Although many reports touch on the political and humanitarian situation in Syria, little has been said about the medical situation in the war-torn country, and the plight of its doctors who remain there. The conflict has raged for eight years with no end in sight. The uprising against Bashar Al-Assad that began in March 2011 as an extension of the Arab Spring has become a humanitarian disaster, with a level of devastation that no one could have imagined. More than half a million Syrians have lost their lives and nearly half of the pre-war population of 23 million people have been internally or externally displaced.

Among its other war crimes, the Syrian regime has systematically attacked hospitals and healthcare facilities, establishing them as a specific target, even after the UN shared the GPS coordinates of hospital sites in Idlib Province with Russia in the naive hope of preventing such attacks. Instead, this resulted in the continuation of air strikes by Russia and the Syrian regime, proving that the targeting of medical facilities is intentional. Doctors in Idlib now refuse to share the GPS coordinates of their local hospitals in case of further attacks.

More recently, the Union of Medical Care and Relief Organisations published updated figures in a press release on 7 June: 55 hospitals and medical facilities have been disabled and are no longer in use in the north of Hama province and the south of Idlib. These figures are beyond shocking. Another report indicates that around 80 medical facilities in the north-west of Syria have either been hit or closed down due to fears that they will be targeted systematically. Deliberate attacks on medical facilities constitute war crimes under international law, although the Syrian government continues to ignore this. The British consultant vascular and war surgeon David Nott reported relentless bombardment of clinics and surgical facilities when he was in Aleppo operating on Syrian civilians who were casualties of air strikes and barrel bombs.

READ: More than 240 people killed in clashes in Idlib

The systematic targeting of hospitals by the Syrian government is designed to terrorise local populations into submission and to act as “punishment” for those in opposition-held areas. No matter the motive, continued attacks of this nature are of grave concern and have led to the exodus of a significant number of doctors. In Aleppo, for example, 95 per cent of doctors had fled within just two years of the start of the uprising, highlighting the extreme danger that they were in. This has left the population in dire straits and in urgent need of medical support.

The lack of medical facilities in Syria has created a public health emergency in the country. Vaccination rates have plummeted, with diseases such as polio re-emerging as a result of the conflict; the Syrian government has gone as far as withholding vaccines from areas deemed to be “unsympathetic” to the regime. Healthcare has thus been weaponised by the Assad government. The fact that the regime still administers aid, including food and medicine, and arranged by the UN is deeply problematic. Whilst the UN is blamed for failing to bring peace to Syria, it is also blameworthy for allowing a government that has repeatedly broken international law to have the ultimate responsibility for delivering aid, as has been highlighted by Professor Annie Sparrow of the Arnhold Global Health Institute.

The UN has been lobbied extensively by more than 400 Syrian medical workers and humanitarians who wrote to the international organisation in the hope that Russian and Syrian regime forces would stop bombing the Idlib region, which is meant to be a de-militarised zone. Tragically, these efforts seem to have been in vain.

The Hippocratic Oath is considered the most important commitment that doctors make in their careers. Ensuring the safety and wellbeing of their patients is paramount. How ironic, then, that the leader of Syria is himself a qualified doctor who seems to have not only forgotten the Oath in his actions, but has also acted against it quite deliberately. The Syrian government, which has been proven to have broken international law repeatedly, must be held to account by the international community. In the meantime, a political solution must be found as a matter of urgency which will allow the medical infrastructure — along with the country as a whole — to be rebuilt.

Zaki Kaf Al-Ghazal is the Media and Advocacy Co-ordinator of the Syrian Association of Yorkshire, and is studying for LLM in Legal and Political Theory at the University of York.

TRT World: “The War in Syria: Doctors builds up a camp for displaced citizens”