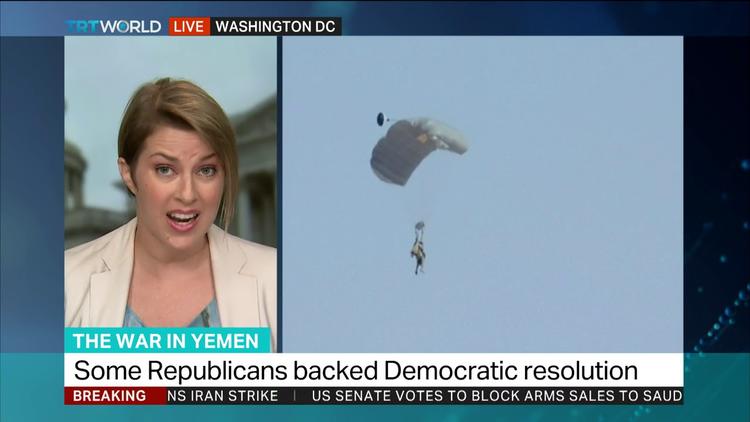 (Human Rights Watch) – In a powerful rebuke to the Trump administration and a strong signal to Gulf states, the US Senate voted yesterday, 53 to 45, to block arms sales worth billions of dollars to Saudi Arabia and the United Arab Emirates (UAE), among other countries.

The vote came on the heels of a landmark court decision in the United Kingdom resulting in an immediate suspension of new licenses for arms sales to Saudi Arabia and of the release of a damning UN report, earlier in the week, from the Special Rapporteur on extrajudicial executions, Agnes Callamard, detailing the brutal murder of Jamal Khashoggi. Khashoggi was a US resident and Washington Post journalist who was killed in October 2018 inside the Saudi consulate in Istanbul. Callamard said that Saudi Arabia was responsible for Khashoggi’s murder and that there was sufficient evidence to warrant a criminal investigation of senior Saudi officials, including the Saudi Crown Prince himself. It’s been a cascade of bad news for Muhammed bin Salman this week and a positive step forward for human rights and accountability.

Human Rights Watch has documented scores of abuses, including apparent war crimes, by the Saudi-led coalition in the war in Yemen, and has repeatedly demanded justice for Khashoggi’s murder. Despite targeted US sanctions on 17 individuals, the Saudis have proceeded with almost total impunity – on both Khashoggi’s death and on the abuses in Yemen. And despite these apparent crimes, the Trump administration has continued to sell the Saudis billions of dollars in weapons.

But the tide is starting to turn in Congress now. In recent months, Congress has introduced a flurry of resolutions and bills in response to both Khashoggi’s murder and Saudi’s destructive campaign in Yemen, as well as to broader human rights concerns domestically – including the detention and torture of women’s rights activists, detained merely for their rights advocacy.

The White House has made clear that if the Senate resolution reaches the president’s desk, as it likely will, Trump will veto it. Congress should keep up the pressure to ensure a more principled approach towards Saudi Arabia.