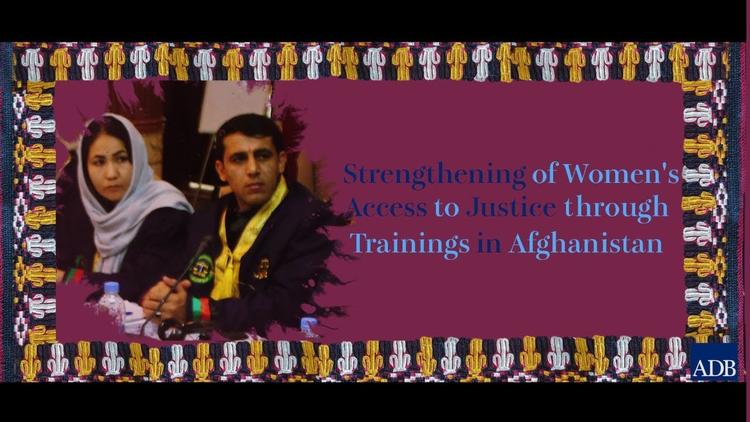 Getting justice in Afghanistan is a complicated business. Two main justice systems – state laws based on the civil law tradition and Islamic jurisprudence – combine with non-state institutions, such as traditional village jirgas (circles) or shuras (councils), to resolve local disputes and deal with offences.

Since the collapse of the Taliban regime, the US alone has spent well over a billion dollars rebuilding and reforming Afghanistan’s state justice sector, influenced by the Western system of retributive justice. But the failure to engage with the Afghanistan’s own tradition of restorative justice and to understand its multiplicity of justice providers has undermined true reform.

It has instead resulted in a justice system that doesn’t have the full capacity to address the complex needs of all the Afghan people. And it has allowed others, including the Taliban judiciary – who have a select and narrow interpretation of Sharia – to step into the vacuum. This can lead to situations where people’s rights – especially women – are unprotected or infringed.

A “hybrid model” that instead forges links between state and non-state providers could provide justice that is more accessible, affordable and inclusive – and one with better oversight of those involved, and which would reduce human rights violations.

In 2007, out of research and a report for the UN Development Programme (UNDP), I developed such a model. The idea was to create complementary links between the existing state justice system, various non-state justice providers, and women’s/human rights units, each acting as a check and balance on the others.

Although vested interest of powerful Afghan politicians delayed the translation of this hybrid model into practice, it has now partially resulted in a draft law – the Law on Conciliatory Jirga’s in Civil Disputes – which is currently waiting to be approved by the new Afghan parliament.

Research has shown that non-state justice providers (especially jirgas and shuras) are perceived as more accessible, trusted, less corrupt and speedier in resolving disputes than the state courts. But these male-only institutions exclude women, are sometimes influenced by warlords, and their decisions are not officially recorded. Most of these non-state justice institutions also variously violate human rights, for example in their use of baad, a centuries-old practice in which an offender’s female relative is given in marriage to a male family member of a victim.

A hybrid framework not only creates a collaborative dialogue between various state and non-state justice providers, but also empowers women through raising awareness of their rights and supporting spaces for contestation. Human rights units can provide disputants with help and advice in selecting the right institution for their case and can also check justice decisions are consistent with women’s and human rights principles. These units can also be empowered to examine issues relating to domestic violence, past human rights abuses and war crimes.

Alternative dispute resolution (ADR) units would handle minor criminal offences and any civil cases. Their decisions would be checked by the closest state justice institution to ensure that decisions didn’t violate Afghanistan’s law and/or the fundamental principles of Islamic Sharia. Decisions that failed to be endorsed on either human rights grounds or by a concerned state court, would be revised or referred to the state justice system for adjudication. But all serious criminal cases would fall exclusively under the remit of the state justice system.

It took more than a decade to get the idea of a hybrid model of justice accepted in Afghanistan. Senior judges saw it as a threat to their exclusive authority over all cases and disputes within the state judicial system. They also saw the 2007 UNDP report recommendations as a possible diversion of international aid to non-state justice providers. The report was initially banned by Afghanistan’s Supreme Court.

But strong support from international organisations including the US Institute of Peace, the Norwegian Refugee Council, and some national and international institutions in Afghanistan led to the implementation of programmes that trained traditional local mediators, promoted legal awareness and women’s rights and resulted in more coordination between non-state actors and the state justice system.

Success of these programmes induced Afghanistan’s Ministry of Justice to revisit the hybrid model and these programmes may be the reason behind the increasing rejection of the practise of baad in Afghanistan. The UNDP report suggested that 28% of people saw baad was “always” or “sometimes” an outcome of jirga/shura decision making in 2007, recent research reveals that this practice now rarely happens.

I have now also been working with Conciliation Resources, an international peace organisation, to see how the hybrid model can be used to engage traditional and religious institutions using their established practical experience of resolving local conflict to contribute to peacemaking in Afghanistan.

The hybrid model could also work in other places where multiple state and non-state justice institutions exist. Hebron University’s Mutaz Qafisheh and I recently found that the state alone cannot provide effective justice for all Palestinian children. As in Afghanistan, many people see the justice provided by key non-state providers as more speedy and accessible.

But, as we also found in Afghanistan, these are also often male-dominated providers that prioritise community over individual rights. For example, it is makhateer (traditional male mediators/community leaders) and mosleheen (male conciliators) who often decide what is good for the community, and whose judgments sometimes violate the rights of young offenders or victims, and especially girls.

Justice is especially complex in countries where multiple providers exist – and whether official or unofficial, many of these are here to stay. Rather than impose one top-down retributive system, it is prudent to harness the many positive aspects of local traditional, religious and other existing non-state justice providers and link them to the state justice system in meaningful ways. This form of hybridity helps to prevent human rights violation, and promises to provide more accessible, affordable, effective and restorative justice for all.

Ethnomedia: “Strengthening of Women’s Access to Justice through Trainings in Afghanistan”