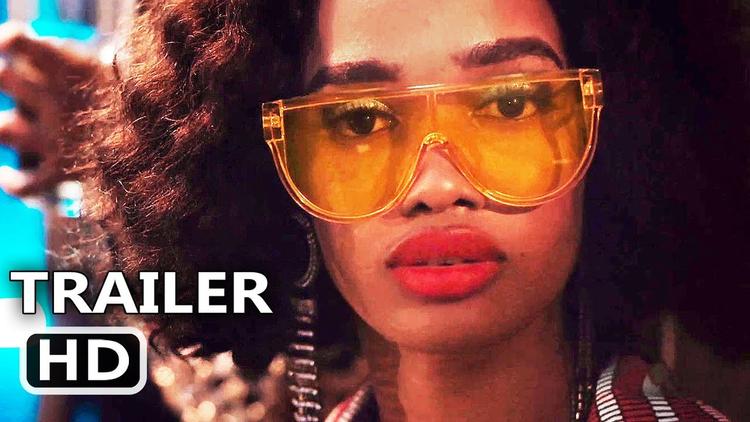 Belfast (Informed Comment) – It is well overdue for a Hollywood star to refuse to take a role in a film that will continue to serve colonial interests and reinforce the message of racism and Islomophobia by presenting Arabs and Muslims as terrorists, religious fanatics and uncultured barbarians.

The rising star, Rami Malek, however, is a breath of fresh air in the world of the film and entertainment industry which has become very comfortable with bigotry and racism towards Arabs and Muslims. Before accepting a villain role in Bond 25, Malek – who was born in America to Arabic-speaking Christian parents from Egypt – insisted that his character must not be an Arabic-speaking terrorist or a villain who uses religion to justify his crimes. It was his awareness of his ethnic origin and the importance of making a positive impact that led him to take this decision.

Christians from the Arab world who live in the United States have faced racism and discrimination like other minorities. One of these cases involved a man who was like Rami, a Coptic Egyptian Christian called Adel Karas who was shot dead at his convenience store in California just after September 11. His family believe he was killed because he was mistaken for a Muslim. The Arab-American Palestinian Christian journalist and comedian, Ray Hanania, wrote a book titled ‘I’m glad to look like a terrorist’ in which he described how it was like to grow up in America. The title of his book reflects his life experience.

Speaking about how he connects to the homeland of his parents, Rami said: “I am Egyptian. I grew up listening to Egyptian music. I loved Omar Sharif. These are my people. I feel so gorgeously tied to the culture and the human beings that exist there.” Of course his connection goes beyond music. The cuisine was surely another connection. While looking for work when he was in his early 20s, making falafel which is a popular fast Arabic food was one of the jobs he had in order to make ends meet.

This is, however, only a small step and a very tiny drop in a big ocean. Hollywood has always unfairly depicted Arabs and Muslims as misogynists, wife-beaters and uncivilized people who impose a threat to civilization and to western values and culture. It also contributed to creating the wrong impression that all Arabs are Muslims and all Muslims are Arabs while the fact is that while the majority of Arabs are Muslims, most Muslims are not Arabs.

Perhaps the most expert person on the portrayal of the Arabs and Arab-Americans was the late Jack Shaheen. He surveyed 900 Hollywood movies released between 1896 and 2001. Arabs were dehumanized and presented as villains, sheikhs and criminals. Women were silenced and covered in black clothes while the reality is that women in the Arab world wear different clothes of different colors and most of them are not covered from head to toe. Many of them go also to university, drive cars and have careers. Shaheen believes that stereotypical, repetitious images of Arabs and Arab-Americans have tutored audiences over and over in film after film.

Post-September 11 films continued with the same with American soldiers shooting nameless and faceless Arab and Muslim men, women and children. In other words, Hollywood got worse and started to present women and children as a threat as well. The way Hollywood presents Arabs and Muslims to the world was summed up by Humera Khan, the founder and executive director of Mulflehun who said: “Imagine if you introduced someone to white people only by way of the Ku Klux Klan, but then said afterwards, ‘Oh, by way, there are some good white people out there, too.”

it is noticeable, however, that portraying other minorities in the same way is becoming less and and less acceptable. This could be due to the increased cultural awareness among these minorities and vocal protests against their negative depiction in movies. These protests have made it increasingly difficult for Hollywood to continue with the same. The Muslims and Arabs are among the last minorities who can be treated openly in a racist manner in US media. In part, this inequity derives from current American foreign policy, which is often characterized by aggression towards Arab and Muslim countries. The shadow of the Israeli-Palestinian conflict and Israel’s Occupation of the Palestinian territories also hangs over these racist depictions. The tenacity of racist depictions of Muslims highlights the need for more vocal and assertive voices to challenge Hollywood publicly using long term strategies.

Muslims and Arab-Americans are underrepresented in US media, and should make a push to have a more vital voice. While it’s a step forward, moreover, that a film star such as Malek made a statement by refusing any role that demonizes to his own ethnic group, it is also the case that such initiatives should also come from non-Arab stars, directors and authors.