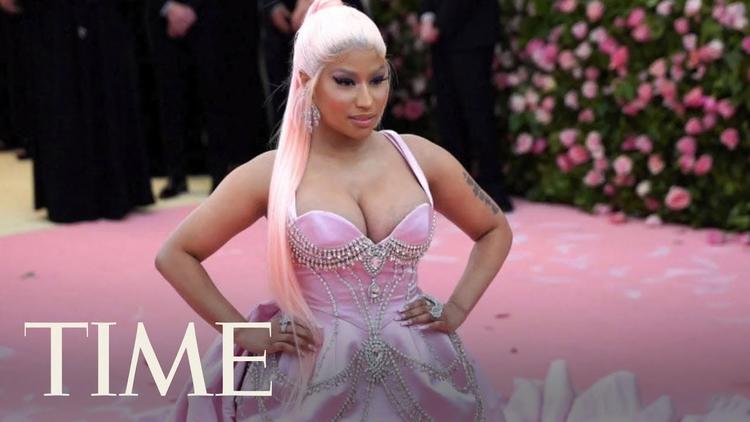 She issued a statement: “While I want nothing more than to bring my show to fans in Saudi Arabia, after better educating myself on the issues, I believe it is important for me to make clear my support for the rights of women, the LGBTQ community and freedom of expression.”

Saudi Crown Prince Mohammed Bin Salman has launched a domestic reform program aimed at making Saudi youth happier with the Saudi royal family. Some two-thirds of Saudis are 29 and younger. The Saudi state had been for centuries a partnership of the royal family, the Al Saud, and the clergy or ulama’ of the highly puritanical Wahhabi branch of Islam.

The ‘Believers in Absolute Divine Unity’ or as they are popularly known, Wahhabis, were founded in the mid-18th century by Muhammad ibn `Abd al-Wahhab.

One Sunni scholar, Rashid Rida, explained that in mainstream Islam, if something isn’t mentioned in the Qur’an or the sayings and doings of the Prophet, the default is that it is permitted, especially if it is self-evidently beneficial to the community.

Rida said that in Wahhabism, in contrast, if something isn’t in the Muslim tradition, the default is that it is forbidden. Wahhabism in Saudi Arabia is particularly rigid, requiring strict gender segregation of unmarried women and men. The idea of women dancing publicly, as some have at the Jidda concerts, would have been unthinkable just a few years ago. “Morals police” (now curbed by Mohammed Bin Salman) would actually arrest couples on a date and beat people out on the street during prayer times to drive them into the mosque. In Sunni Islam, praying is voluntary, and certainly going to mosque is.

The severe segregation of women and lack of rights has caused some who can afford to to flee the country and seek asylum abroad. Since Saudis are generally well off and many are rich, the number of such young women who might flee is potentially quite large.

Mohammed Bin Salman, seeking a constituency in the under-29 set who form the vast majority of the country, has taken the risk of breaking with the Wahhabi clerical establishment, subordinating it firmly to the state. The Saudi royal family rule as absolute monarchs, and there isn’t any question of democracy, though limited municipal elections have occasionally been held. Bin Salman is hoping that more freedom with regard to personal style of life will be sufficient to assuage the frustrations of the youth.

Hence the frankly outre idea of having Nicki Minaj, who isn’t exactly a wilting lily, perform in Jidda.

Although Ms. Minaj’s statement emphasized the pressure she received (as did Mariah Carey and other stars before her) from European and North American human rights groups to pull out because of Saudi Arabia’s poor human rights record, the fact is that Saudi social media had been scathing about the hypocrisy of the Saudi government sponsoring an appearance by Minaj, known for her steamy dance moves and profane lyrics.

The Minaj cancellation points to the severe contradictions in Mohammed Bin Salman’s policies. You cannot actually open up Saudi society with rock concerts while murdering journalists in consulates, bombing Yemen back to the stone ages, or imposing Draconian restrictions on the individual liberties of women (and men). Stars want positive publicity, and playing in Saudi Arabia today is not likely to give them that. Moreover, Saudi arch-conservatives haven’t just disappeared, and they are behind the scenes attempting to foment a backlash.

Lessening puritan moralism is not the same as increased liberty — in fact, many eighteenth-century proponents of democracy in the West were themselves Calvinists. Saudi Arabia has tremendous potential as a society, and its youth are highly educated and capable people (at any one time 100,000 are studying in the US). That potential can only ultimately be achieved with political liberty.