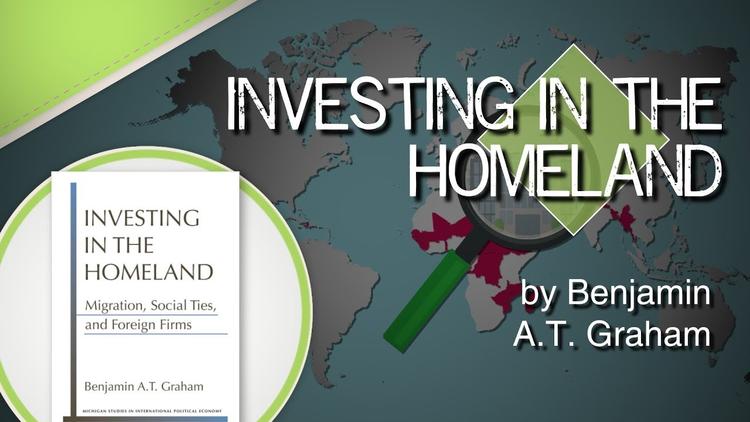 The ongoing trade war is the most visible front in America’s struggle with China for global influence. Oddly, it may be immigration policy, as much as tariffs and trade deals, that determines which country prevails.

That’s because American competitiveness in foreign markets is a key battlefield in the struggle. And while the U.S. has long been the leading source of foreign investment in developing countries, China has emerged as an increasingly assertive player. With its Belt and Road Initiative, China is using investment as a tool to extend its political influence throughout Asia, Africa and Latin America.

But as it turns out, immigrants – a group that President Donald Trump frequently denigrates – provide the U.S. with a surprisingly powerful competitive advantage, as my research has shown. And policies that limit the number of immigrants who can come to the U.S. could be detrimental to America’s competitiveness in the long run.

A nation of immigrants

While America is a nation of immigrants, China is not. Chinese companies have few immigrants to hire, and this hurts them.

There are only a million foreign-born residents in China, compared with 50 million in the U.S., even though China’s population is four times larger.

Whether an American company wants to invest in India, Nigeria, Armenia or Guatemala, there is a flourishing immigrant community in the U.S. that businesses can tap to help them navigate challenging social and political environments. Few Chinese companies can do the same.

In many developing countries, formal institutions like courts are weak, and personal relationships play a large role in both business and politics.

If you want to get a permit quickly, you need a brother-in-law in the permit office or a childhood friend who is now a politician. Thriving in emerging markets requires knowing and trusting the right people. These can be hard relationships for foreign companies to develop.

Many turn to local fixers to navigate challenging environments. But establishing trust with a local you just met is hard. A fixer you can’t trust is a fixer you can’t use.

This is where immigrants come in. Immigrants often have the same local connections as any other fixer – many retain strong ties to childhood friends and extended family back home. At the same time, they also build strong, trustworthy ties to colleagues and friends in their new country of settlement. This makes immigrants valuable brokers.

Investing in the Homeland

In my new book “Investing in the Homeland,” a team of researchers I led interviewed the managers of over 400 multinational companies doing business in the Philippines and the country of Georgia.

Georgia and the Philippines are excellent cases because they are both typical of emerging markets: profit opportunities abound, but so do risks, including corruption, red tape and an unpredictable policy environment.

We gathered information on the strength of companies’ social networks, including their ties to other businesses, how frequently they interacted with government officials and whether current or former government officials sit on their boards of directors. We also assessed strategy, especially how companies managed political challenges and resolved disputes with counterparts.

Our data revealed that the companies owned or managed by migrants – regardless of nationality – were better connected than other foreign businesses and that these connections helped them survive in challenging environments.

For example, migrant-affiliated companies were five times more likely to report resolving business disputes outside the formal court system. Instead they turned to well-connected friends and family members to broker an efficient resolution. This is critical, given how slow and unpredictable courts in developing countries can be.

According to one manager in the Philippines, if a supplier delivers a faulty shipment of goods, a well-connected company doesn’t have to go to court to get its money back. It threatens to tell everyone in its extended network. The threat of reputational damage and lost business can be enough to enforce the contract – and a lot faster and cheaper than a court battle.

Our research shows that migrant-affiliated companies are also four times more likely to have a current or former government official serving on their board of directors and were more than twice as likely to use their owners’ or managers’ personal relationships as a tool for handling government relations.

These relationship-based strategies pay off: Migrant-affiliated businesses were almost twice as likely to claim they had achieved success in influencing government policy in the host country.

Of course, not all immigrants have valuable social ties.

New research by economist Ana Cuadros and her co-authors shows that an influx of migrants with management skills promotes foreign investment to flow into their homeland, but the same is not true for lower-skilled ones. So the more wealthy, educated immigrants the U.S. admits, the more potential brokers there are for American businesses to hire.

The H-1B visas available to high-skilled workers and the EB-5 visas for immigrant entrepreneurs who launch large businesses are most likely to attract the type of immigrants who can serve as brokers for American companies. Thus far, such visas have been more restricted under Trump than President Barack Obama. But the Trump administration has proposed moving toward a points-based system.

An unfortunate side effect is that this would reduce the number of visas issued for family reunification. While any overhaul of the immigration system has to grapple with these moral tradeoffs, there is a strong economic case for increasing high-skilled immigration.

Immigrants may just hold the key for the U.S. to outmaneuver China in the struggle for global economic supremacy – as long as Trump’s inflammatory rhetoric doesn’t get in the way.

Sarah Orsborn, a research assistant in the Security and Political Economy Lab and undergraduate at USC Dornsife, co-authored this article.

How does immigration impact the economy? | CNBC Explains