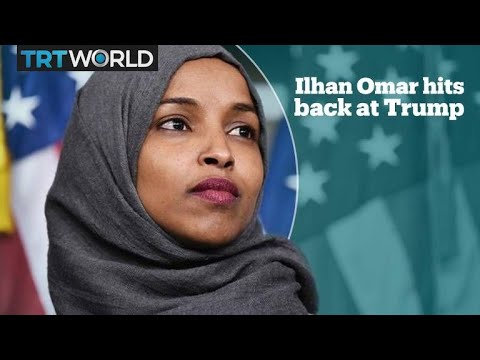 Trump has attempted to depict Rep. Ilhan Omar’s reformism as an expression of hatred for the US. It is not. It is a recognition of the dark underbelly of this country’s history, its entanglement in colonialism and slavery and class oppression. She makes this critique from a unique standpoint, which I tried to explain last spring. Since she’s in the crosshairs of the Orange Poo-bah again, I’m reprinting:

Few Americans remember that the United States colonized the Philippines and virtually no one but the more historically conscious Filipinos remember how destructive the initial military occupation was, with thousands killed by US troops and hundreds of thousands killed by disease and exposure as a result of the brutality with which resistance to occupation was put down.

Modern American history would look different if it were taught from the point of view of Manila, or even if the fact of the post-1898 Empire were freely admitted and incorporated into the narrative. For Donald J. Trump to go down to Puerto Rico and complain that the hurricane that flattened the islands was inconvenient for his budget, and to throw rolls of toilet paper at the audience while declining the pull out all the stops on recovery aid, was a disgusting spectacle. It contrasts with the way Trump has treated disasters in Texas and Alabama. How many Americans know that Puerto Rico is an American colony, of over 3 million persons, with US citizenship and US currency, but with no representation in Congress? American history would look different if taught from the vantage point of San Juan.

Because the fascist Axis during World War II gave occupying other peoples and colonizing them a bad name, the US got out of the Philippines as direct ruler after 1945, but it kept Puerto Rico as a “territory” (i.e. colony).

In neither case has the US Congress been used to hearing from the colonized.

The voice of former and present colonies has been heard, however, since last November, in the persons of Alexandria Ocasio-Cortez, Rashida Tlaib, and Ilhan Omar. They are all Americans, but of Puerto Rican, Palestinian and Somali heritage, respectively.

Ilhan Omar has stirred national debate by taking up the cause of the displaced and stateless Palestinians, Israel’s victims who cannot be acknowledged in most of Washington because of the prevailing triumphalist Zionist narrative that erases the Palestinians from history. More recently, she slammed Barak Obama for his treatment of undocumented immigrants and for his escalation of the drone wars.

That Rep. Omar keeps scandalizing the burghers of America is not surprising. She is speaking from the perspective of the global South, not from that of the comfortable and amnesiac North.

Despite a significant history of American military intervention in Somalia during the past quarter of a century, few Americans know anything about Ilhan Omar’s homeland, from which her family was forced to flee as refugees.

Despite the American celebration of the “Greatest Generation” and the fascination of World War II for millions of American military buffs, how truly global that war was is little appreciated.

For instance, Ilhan Omar’s ancestors lived under Italian colonial rule, which was made direct over the course of the 1920s as Mussolini sought to regiment his African colonies. Italian troops fought a vicious and relentless war against Somali Sufi orders who had organized as militias to defend themselves from European conquest. By the late 1920s, at the cost of untold Somali dead, the strutting Fascist army had won.

Italian Fascist rule of Somalia was even worse than British rule in Somaliland (the two empires divided the Somali peoples among themselves). 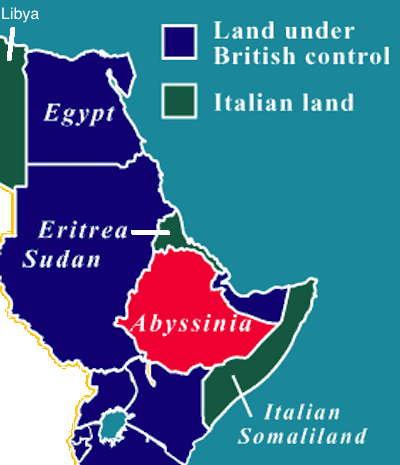 In Italian Somalia, a racial hierarchy put immigrant settlers on top and demeaned and segregated the native Somalis. This informal system was made explicit and even more rigorous by racist decrees from Rome. Giulia Barrera noted that “Racial segregation in AOI, however, stood out in important respects. In Mussolini’s empire racial segregation was minutely regulated by laws and decrees,in a way that at the time had few rivals in Africa.” [Giulia Barrera (2003) Mussolini’s colonial race laws and state-settler relations in Africa Orientale Italiana (1935-41), Journal of Modern Italian Studies, 8:3, 425-443.]

During WW II, Mussolini initially expelled the British and took over British Somaliland, uniting the two territories for the first time. Then the British riposted and defeated Italy, ruling both colonies administratively after the war. An independent Somali Republic uniting both the former colonies was formed in 1960.

The long decades of colonial rule had brutalized, subjugated and displaced Somalis, disrupting the ordinary fabric of life. The Europeans bequeathed the new Republic a wreck of a country with weakened institutions and profound divisions that the empires had reinforced in an effort to divide and rule.

By 1969 there was a military coup, as was common in ex-colonies. Through the 1970s and 1980s a military government ruled without the benefit of a parliament, implementing a sort of Islamic Marxism that stressed social justice without the Stalinist-style official atheism imposed on places like Uzbekistan. Since the colonialists had not much bothered to establish literacy or industry, the Siad Barre government tried to implement development from above.

After the end of the Cold War reduced Somalia’s value to the great Powers, in 1991 the government collapsed into Civil War. Predatory international over-fishing of Somali waters drove coastal fishermen into deep poverty and unemployment, making them available for hire as militiamen or pushing them to piracy to avoid starvation.

The pumping by the industrialized world of hundreds of billions of metric tons of carbon dioxide into the atmosphere contributed at least to some degree to desertification in Somalia and the loss of cattle herds to the tribesmen, increasing social conflict over remaining arable land and pasture.

Regional and international powers intervened, backing one side or another in the civil war. US Marines sent by George H W Bush were attacked by some factions because they were seen as favoring some groups over others. The Saudis backed hard line fundamentalists who hated more tolerant Sufis (descendants of the Sufis who tried and failed to expel Fascist Italy). More recently Somalia’s ports have become an object of contention among Saudi Arabia, the United Arab Emirates, and the United States.

European “civilization” doesn’t look like something to be celebrated so effusively from the vantage point of Mogadishu, an ancient site of East African civilization likely founded by Iranian merchants, and a key node in medieval world maritime trade. Racist hierarchies and segregation, crushing wars of conquest, the disruption and displacement of entire regions, and then the debilitating intrigues of the Cold War and the “War on Terror,” along with the naked exploitation of Somali fisheries and the creeping deserts of global heating– these are the legacies of “civilization.”

The people of the South, the people of the bottom of the world, the refugees and the children crawling hungry through the rubble, the fishermen whose catch was stolen by multinational corporations, the cattle herdsmen who watched global heating dessicate their cows– do not remember modernity as the old white men who still dominate Capitol Hill do.

Hence the palpitations among America’s burghers when the subaltern speaks.

Get used to it.

Democracy Now! “Ilhan Omar in Her Own Words: I Know What Hate Feels Like”