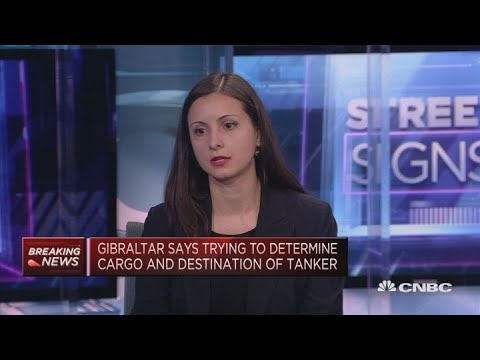 ( RFE/RL) – Amid escalating tensions with the United States and mounting sanctions pressuring Iran’s economy, a former senior commander of the Islamic Revolutionary Guards Corps (IRGC) says Tehran should not rule out holding talks with Washington.

“We can’t leave aside talks, but how to talk is another issue,” said ex-IRGC naval commander Hossein Alaei.

“We have to use the tools of power, meaning negotiations,” the former deputy defense minister was quoted as saying by state news agency IRNA in Tehran on June 30.

Alaei’s opinion appeared to be at odds with Iran’s highest authority, Supreme Leader Ayatollah Ali Khamenei, who has categorically rejected holding negotiations with the United States.

Alaei added that Tehran should have accepted an early offer for talks without preconditions made by U.S. President Donald Trump and then set the agenda.

When Trump said he would negotiate without preconditions, we should have said we will negotiate while setting up our own agenda.” — Hossein Alaei

Trump has said he’s willing to talk with Iran while at the same time imposing a campaign of “maximum pressure” on the Islamic republic.

“It would have been better if we had negotiated when Trump announced [last year that] he wants to leave the [2015] nuclear deal [in order for us] to prevent the U.S. from exiting the deal; or when Trump said he would negotiate without preconditions, we should have said we will negotiate while setting up our own agenda,” Alaei said, according to IRNA.

His comments appeared to highlight an ongoing domestic debate, even among regime insiders, about the pros and cons of negotiating with the United States despite the opposition by Ayatollah Khamenei, who has said that talks with the current U.S. administration are poisonous and that Trump is “not worth” exchanging messages with.

Tensions between Tehran and Washington have ratcheted up since 2018 when Trump withdrew the United States from the landmark nuclear deal and announced the reimposition of crippling sanctions that have badly hurt the Iranian economy and resulted in the crash of the country’s national currency.

Tehran said last week that new U.S. sanctions targeting Khamenei and other senior officials meant that Washington was “closing the doors of diplomacy” for the two countries.

But Alaei’s comments seem to reflect one undercurrent of thought in Iran.

Last month, more than 200 Iranian political activists, dissidents, and intellectuals — including many based inside the country — called for negotiations between Tehran and Washington to prevent a military conflict.

“Negotiations do not mean surrender,” the activists said, while adding that a large section of the Iranian population had demonstrated repeatedly that they’re in favor of detente with the rest of the world.

“Politicians should not base foreign policy on their views, which the majority of people are opposed to,” the activists said in a statement posted online, where they expressed concern over “the impasse of diplomacy” and the potential for the start of “a destructive war” between the two countries.

Alaei, a veteran of the devastating 1980-88 war with Iraq, noted that the United States and Iran are not looking for a war while warning that the potential for “an incident” in the region that could lead to a “limited war” exists.

“The U.S. strategy is not a military war with us, [rather] the use of an atmosphere of a likely war to reach their goals and Iran’s strategy is to avoid a war and resistance to make America fail in trying to achieve its goals,” Alaei said.

He came under attack in 2012 from his fellow guards and hard-liners over an article in which he appeared to draw an analogy between Khamenei’s rule and the last days of the shah of Iran, Mohammad Reza Pahlavi, who was ousted from power in the 1979 Islamic Revolution.

CNBC International: “US and Iran will return to the negotiating table eventually: Expert | Street Signs Europe”